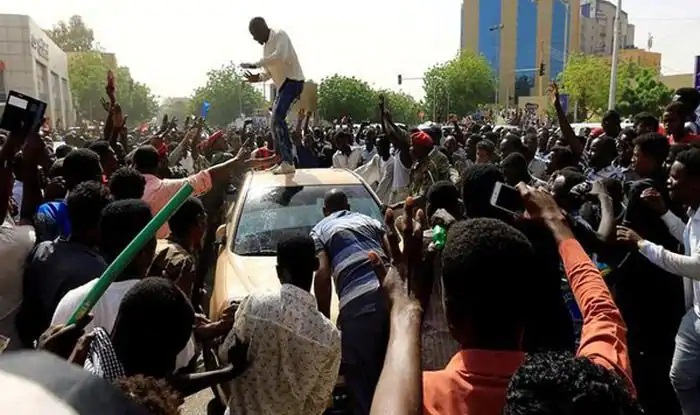 Tribal clashes between the tribes of Bunni Amer and Nubia re-erupted, hours after a delegation from the Sovereign Council announced a fragile reconciliation agreement between the two sides. The clashes resulted in burning, destruction and looting of dozens of houses and shops in the southern neighborhoods of Port Sudan. The death toll from the clashes between the two sides rose to 23 people, and nearly 240 others were wounded. (Adapted from Sudanese Newspaper, 24/8/2019).

The Prophet (saw) warned against fighting among Muslims. He, sallalahi alaihi wassalam, said in the farewell pilgrimage:

“After me (i.e. after my death), do not become disbelievers, by striking (cutting) the necks of one another”, and he (saw) warned against fighting on the basis of tribe or race, whereby Muslims fall in a great evil, as both the killer and the one who is killed will be in Hellfire. He (saw) said:

“If two Muslims confront each other with swords, then both the killer and the killed will be in Hellfire.”

The secular regimes that continue to govern the country, fuel the fires of tribal, racial and regional fanaticism, as it is stipulated in the constitutional document Article (65) under the title (Ethnic and Cultural Groups), which reads: “….The members of such groups shall have the right to exercise their beliefs, use their languages, observe their religions or customs, and raise their children in the framework of such cultures and customs), thereby, keeping Muslims different and distinct from each other, rather than brothers, servants of Allah,

“The believers are but brothers”
[Al-Hujurat: 10[

Instead, the Sovereign Council, which represents the symbol of the state, has been chosen on the basis ofparty and race!! If this is the case of the state under secularism, then it has undoubtedly shed the forbidden blood in this respect, and in another when it did not impose its authority, and maintain security during these events, which sparked since the night of Eid al-Fitr and continue to this day!!

The radical solution for such events is the establishment of the Khilafah Rashidah (rightly guided Caliphate) on the method of the Prophethood, as Islam has made the state a protector of people’s blood and honors, for

“Verily the Imam is a shield from behind whom you fight and by whom you are protected” in the face of all strife. Khilafah alone is the state that implements Islam and melts peoples, races and tribes in one nation to the exclusion of other people; the best nation brought out to the human being, Khilafah has done that before, and no one else has done so. And now it is only it, with the doctrine of Islam that will eradicate the cancer of fanaticism from Muslim countries, including Sudan, rather from the whole world away from the fallen claims of secularists: (unity in diversity)!!!