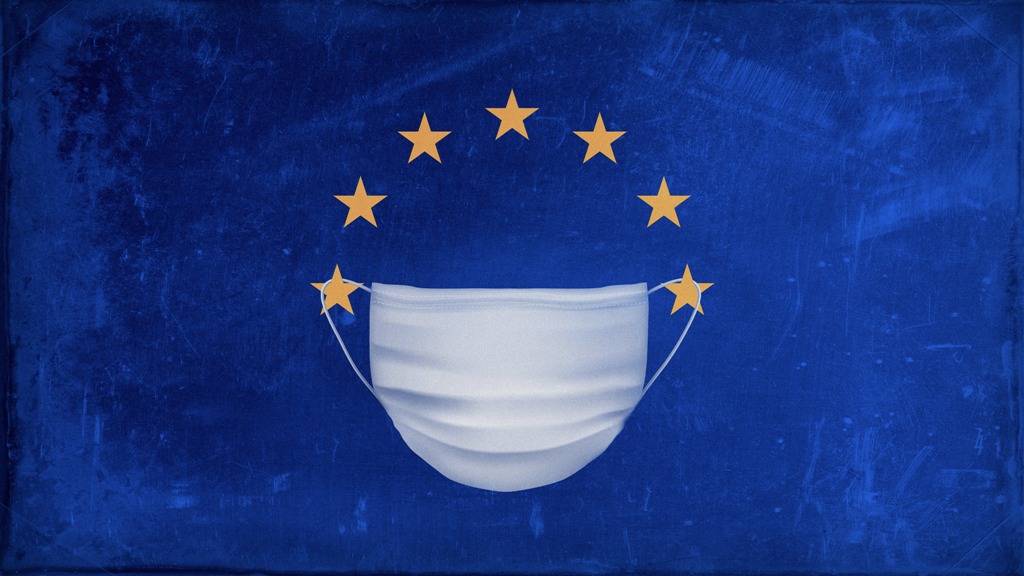 Addressing the European Parliament on Wednesday 27 May 2020, European Commission President Ursula von der Leyen proposed that the European Union take on debt of €750 Billion in order to provide €500 Billion of grants and €250 Billion of loans to countries in Europe suffering economic damage from the COVID-19 lockdowns. Despite the urgent requirement for these funds, it may take many months of negotiations between the EU’s member states before agreement is reached on the details.

The West has seriously mismanaged the Coronavirus pandemic. While almost completely ignoring geographic cordoning, the West employed strange innovations of social distancing and general lockdowns, paralysing all communal life. Western economies are already fragile because the Capitalist economic system based on freedom of ownership results in capture of wealth and resources by a small elite who have neither the inclination nor the capacity to generate sufficient economic activity for the entire society. This wealth and powerful elite normally prefers to invest its efforts in the financial sector, which has become an end in itself instead of working to support genuine economic activity. Inevitably, the result of such a system is that Western countries are generally plagued with poor wealth distribution, unemployment and steep poverty even in normal times.

Europe has its own unique problems. It was Britain and America that were behind the creation of the European Community as a means to contain France and, in particular, Germany to prevent their return as great powers after World War II. This is because strength requires decisiveness, and binding Germany and France together along with so many other smaller countries only complicates, obstructs and impedes effective decision-making. Still, the spirit of nations cannot be long suppressed and France and Germany, despite their difficulties, did indeed rise again after World War II to become substantial powers. They have worked hard to build the European Union into a platform that can multiply their strength even while they continue to suffer from the EU’s weak central leadership and the arduous commitment to gaining unanimous agreement from the EU’s 27 member governments for major decisions. At the same time, it can be seen that Germany and France wish to capture control of EU decision-making for themselves. For example, a scheme by the European Central Bank to provide financial relief to governments through bond acquisition was challenged by the top German court earlier this month in a strange and unprecedented move, as the ECB falls under the jurisdiction not of the German courts but of the European Court of Justice. It seems that Germany did not want the ECB to function too independently.

Ultimately, such financing is essential for Europe and perhaps for Germany most of all. This week’s €750 Billion proposal follows directly from a similar announcement made the preceding week by French President Emmanuel Macron and German Chancellor Angela Merkel, and EU Commission President Ursula van der Leyen is in fact a former cabinet minister in Merkel’s government. Unlike other Western countries, German economic power is built on actual domestic economic activity and manufacturing strength, as Germany is famous for its very large number of small business enterprises and has generally resisted the Capitalist tendency to build huge multinational companies with budgets the size of national government budgets. But even here, German income is dependent on its exports, particularly to southern European countries, who require continuous financing to pay for German goods. In effect, Germany is operating an old style colonial economic model within Europe, with manufacturing given far greater value than natural resources, agriculture, or human efforts, leaving southern Europe at a permanent financial disadvantage with respect to the north. As with the colonial model, the only way for the European economic architecture to work is for funds to be regularly transferred to the south, of course with many attached ‘conditionalities’. Hence, Germany knows that bolstering European finance is necessary not only for Europe’s poorer countries but essential even for the German economy itself.

Europe’s complexities are a consequence of its concept of the nation state that resulted from the Westphalian settlement of the 17th Century and, before that, the rivalry between Christian kings and princes in Europe even though they submitted to a single Pope. Before the establishment of nation states, countries were able to naturally expand and contract in accordance with their capacity of governance, military power and economic strength. But after borders have become fixed, powerful states have no other outlet except for interference in and exploitation of weaker countries that are not fully able to manage themselves. The proper course for German strength is that it should expand territorially to include, for example, the poorer countries of Eastern Europe that are in need of better support and governance. This would productively consume German vitality in the care and management of its peoples’ affairs instead of in the exploitation of other countries, as happened for some time with the management of former East German territories after reunification. The nation state model results in nothing but the further empowerment of the strong and the further weakening of the weak.

With Allah’s permission, the world shall soon witness the return of the re-established righteous Islamic Khilafah (Caliphate) State on the method of the Prophet ﷺ that shall determine the expanse of its territory in accordance with its ability to properly, responsibly and justly govern its lands. Moreover, it will demonstrate once again the superiority of singular centralised governance over the divided, fractured and failed governance models of Western states.