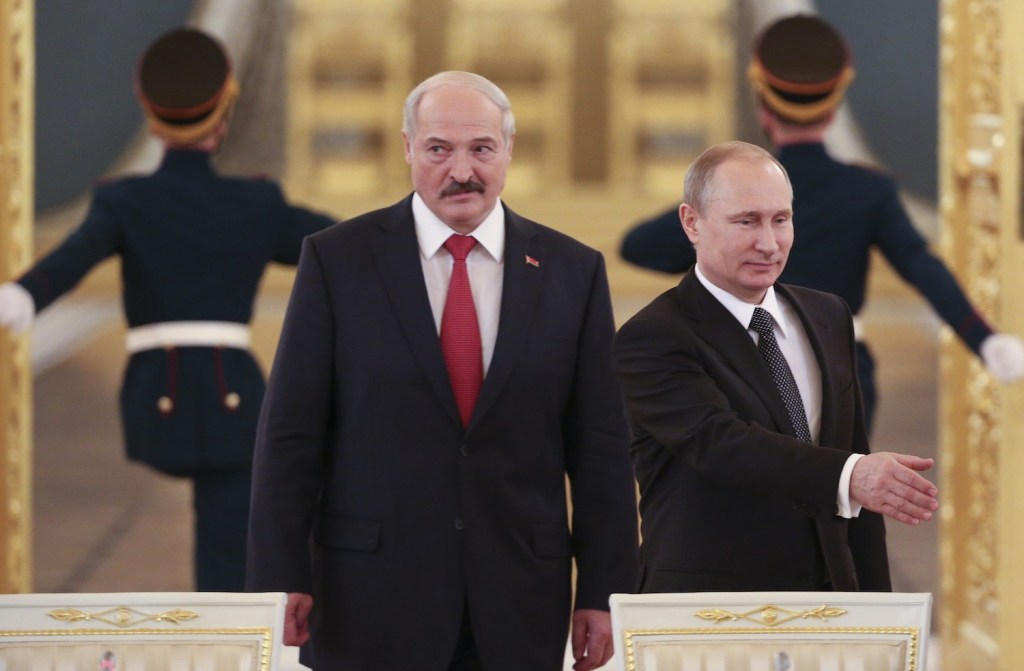 The EU applies sanctions against 20 officials in Belarus. (Source: euronews)

Today all media is focused on what is going on in Belarus, where another tyrant is unsuccessful in curbing its own people. News from Belarus gives us an opportunity to tell about similar events in Islamic world, whose scale exceeds Belarusian news dozens of times. In my comment I want to tell about double standards of so called “tyranny fighters”, namely about rulers of the Western world, who speak about the tyranny of Lukashenko, but speak nothing about crimes of their agents in the Islamic world.

In fact, so-called advocates of human rights and tyranny fighters care not about common man, not about Belarusians that die today in squares of Belarusian cities. They do not care about common Ukrainians who died on Independence Square in Kiev in 2014. They care only about securing their political influence in other countries.

Since Yanukovich in Ukraine, Lukashenko in Belarus and Putin in Russia make up anti-Western political powers, the West today speaks about innocent people that are beaten and killed in Belarus, Ukraine and Russia. But these “friends of oppressed” do not speak about Muslims that are beaten and killed in Muslims countries for decades. During the 2014 protests in Ukraine 107 people died. They were symbolically called the “heavenly hundred”. How many “heavenly hundreds” are there in the Islamic Ummah? There are thousands and hundreds of thousands of Muslims who died in decades of mass protests against tyranny.

But no one dedicates any broadcasts to them in Media. And if someone dares to do this he is immediately criticized for this and fired from his post as it was with Craig Murray, the former ambassador of Britain in Uzbekistan. The successor of Uzbekistan tyrant Islam Karimov Shavkat Mirziyoyev today is again handshakeable while tens of thousands of Muslims continue to languish in prison only for saying “My God is Allah”. President of Egypt Abdel Fattah as-Sisi who killed thousands on Tahrir Square in Cairo in 2013 is D. Trump’s “favourite dictator”. In other words, Trump has many dictators for suppressing Muslims, while new pharaoh Sisi is his favorite.

The reason of this is that “tyranny fighters” care not about ending suffering of people but care about securing own political and economic interests. Therefore when it is advantageous to be with people as we see in Ukraine in the past and in Belarus and Russia today, West will talk profusely about tyranny and tyrants, since people in these countries see an alternative in Western values.

But when it is not profitable as we see in the Islamic world, the West will be silent about tyrants and moreover will support them. In the Islamic world, people raise uprisings with desire to get rid of Western embrace that is symbolized by tyrant rulers. Muslims want to establish a system according to their aspirations which is Islamic form of governance that Muslims enjoyed for centuries.

This is the sole reason of tyranny in Islamic world for decades, which would disappear if was not supported politically, economically and by media and military of so called “tyranny fighters”. Allah (swt) says in Quran: وَإِذَا قِيلَ لَهُمْ لاَ تُفْسِدُواْ فِي الأَرْضِ قَالُواْ إِنَّمَا نَحْنُ مُصْلِحُونَ “And when it is said to them: “Make not mischief on the earth,” they say: “We are only peacemakers.”. [2:11]

How precious are these words in describing nowadays’ reality of Muslim world. After all Muslims say to Western leaders which support dictators in the Muslim world the following: “Do not be on the side of tyrants and do not make mischief on the earth” but they hear in response: “We want only good for you, we are only peacemakers for your country”. But this is no more than hypocrisy.

Despite all efforts and support of tyrants by the West today Islamic Ummah in all its parts want to get rid of these Ruwaybidah rulers. Undoubtedly today Muslims are on the threshold of truly historical changes in the Islamic world.