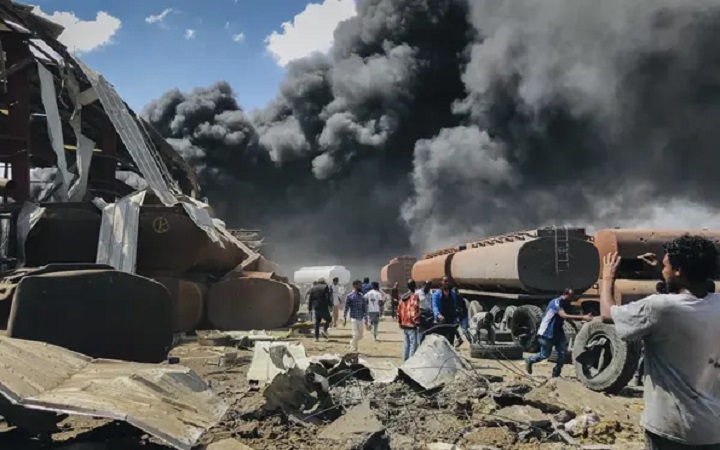 On the 19th of October 2021, The BBC reported that an airstrike in the Ethiopian city of Tigray killed civilians. The region is currently facing tension with the rebel Tigray Peoples Liberation Front (TPLF) fighting the established Ethiopian government.

UNICEF estimated that over 100,000 children in the North of Ethiopia are at risk of starvation due to the unrest. The conflict has also placed women in the midst of insecurity as human rights violations are widespread and assaults on women escalate in the chaos. Over 1 million citizens have also been displaced.

Comment:
Discord, war and starvation are not the normal circumstances of this region, even though it seems to be the only thing we ever hear about.

Ethiopia was previously known as Abyssinia and was the only country on the continent to have never been colonized. It has a history of regional leadership and strength. In fact, Harar, its most influential city, was founded over a thousand years ago and the area adopted Islam as its ruling system. It was the first city the first Muslims migrated to after fleeing the Arabian Peninsula. Harar grew into a major trade route between Africa, India, and the Middle East and was a gateway for the spread of Islam into the Horn of Africa. Its Orthodox Christian population proves that people lived in harmony and mutual respect historically.

Its booming infrastructure under the Khilafah (Caliphate) is proven in that it has the largest concentration of mosques per square km in the world. It is often referred to as the fourth-holiest Islamic city and known in Arabic as Madeenat-ul-Awliya (the City of Saints). Notable Islamic figures, in addition to rulers who applied the Quran and Sunnah, allowed the region to flourish as a shining example of civilization. Bilal ibn Rabah was one of the most trusted and loyal Sahabah of the Prophet Muhammad (saw) who was an emancipated Abyssinian slave who became one of the closest and most trusted companions of the Prophet (saw). Bilal was the first to be appointed to make the caller to prayer. He was also appointed be the Custodian of the Treasury (Bayt al-Mal).

Ethiopia itself accounts for around 3% of the global coffee market. Coffee now accounts for about half of Ethiopia’s exports and employs about a quarter of the population, directly or indirectly. The points made are but a few to show the great untapped potential that is suffocated by corruption and power struggles of an elite lawless few running the country.

It is only when the nation is released from the grip of the capitalist liberal ideas, and embraces the true religion Allah (swt) has made clear in all systems, the disunity and instability of the region will be removed and the full potential of the nation can be realized.