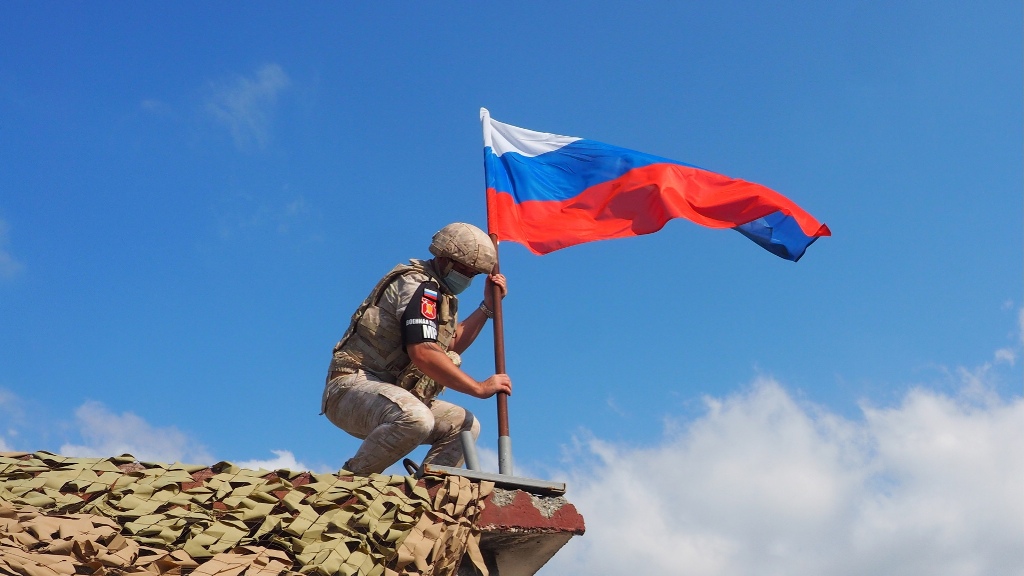 Russian President Putin approved the Russian government’s proposal to establish a maritime logistics center in Sudan, and ordered the Ministry of Defense to sign an agreement to achieve this. According to Reuters, Sudan will provide land for the base free of charge, and Moscow will have the right to bring any weapons, ammunition and other equipment it needs, through Sudan’s airports and ports to support the new facility. Russian news agency TASS expects that the new facility will facilitate the Russian Navy to operate in the Indian Ocean, through its ability to fly with alternative crews to its long-range ships. “Our base in Sudan will be another argument for others to hear and listen to us,” said an editorial published by TASS about the new facility.

It is a shame and a disgrace for the Sudanese government to respond to the Russian request to establish a military base on Sudanese lands, for it is a betrayal to Allah, His Messenger and the believers. Russia is an enemy of Islam and Muslims, and it uses these bases to strike Muslims. And here we remind Muslims, especially the people of Sudan, of what Russia has done against the people of Ash-Sham in Syria; of killing the elderly, children and women, and demolishing homes on the heads of their inhabitants, by order of the criminal of the era, Bashar Assad, from a facility similar to the one that is to be built in Sudan, from the Syrian port of Tartus.

How can enemies be allowed to establish military bases in our country?! Unless the matter is in order to protect the chairs of the power with crooked angles, on which the Kafir agents of the West and East sit! It seems that the new rulers of Sudan want to protect themselves from the people if they ever revolt against them by repeating what the Russian repressive machine did to our Muslim people in Syria, and it was said by the deposed al-Bashir when he asked for protection from Russia and pledged to establish a military base for them in Sudan.

So beware, O people of Sudan, of the plots being plotted against us, and do not allow such bases, for there has not been a base for the enemies of Islam; whether Russians, Americans or Europeans except to kill Muslims, as the bases in the Gulf were used to strike Iraq, Afghanistan and Sudan. And know that these rulers are agents of the colonial Kafir, who carry out his plots in our country, and they do not regard any pact or honor in respect of us.

Let us all work for the sake of expelling these agents and establishing the great edifice of Islam; The Khilafah Rashidah (rightly guided Caliphate) on the method of Prophethood, which will purify the waters of the Muslim countries and their lands from the filth of the military bases of the colonial Kuffar, and will establish Islamic military bases that protect the countries of Islam, and carry goodness, justice and light to the lost world.