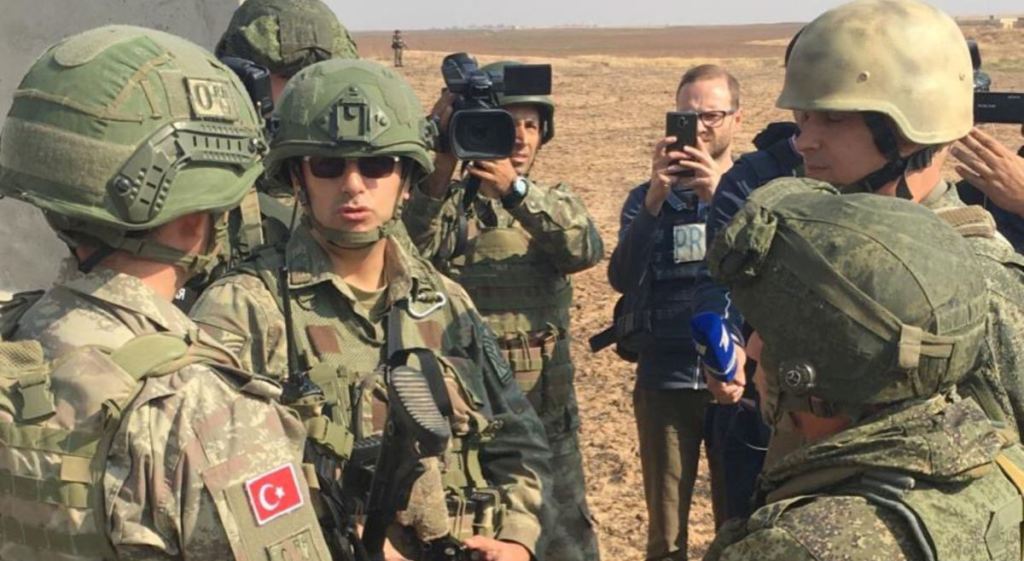 As expected, Recep Tayyip Erdoğan’s offensive into northern Syria fizzles out without achieving the stated aim of establishing a Turkish controlled safe zone 32km deep into Syrian territory. But the political astute among the Ummah fully anticipated this development as true to form. They knew that the bellicose rhetoric that Erdoğan trumpets publicly would contradict his actual subservience to US policy demands.

So instead of a safe zone into which the 3 million Syrian refugees would return, we see Erdoğan signing an agreement with the Russians to hand over Kurdish controlled areas back to the brutal Bashar al-Assad regime [1]. But again the politically astute among the Ummah understood that the actual aims of this offensive was to pressure the Kurds to allow the return of the Assad regime to their territory to stabilise its rule and grant it international legitimacy [2].

In response to the deception of a Mushriq from Quraysh the Prophet ﷺ said, «لا يلدغ المؤمن من جحر مرتين‏» “A believer should not be stung twice from the same hole” [3].

But it seems to be the case that a section of the Ummah are not only stung from the same hole twice, but are in fact stung from the same hole numerous times, but still return to the source of the pain again and again. The enduring support that Erdoğan enjoys despite numerous occasions that he has pretended to support the revolution in Syria but has in fact conspired against it betrays the political naïvety present in parts of the Ummah, where the pragmatic short-term gain sacrifices the long-term solution.

Naïvety in political matters causes the Ummah to misunderstand and misread the intentions of the colonialist powers and facilitates the conspiracies of these nations against it. So when the Kurdish groups acted as US proxies against ISIS sacrificing over 10,000 of their cadres, they expected the US to fulfil its side of the Faustian bargain. When the revolutionary groups participated in Erdoğan’s Operation Olive Branch offensive they did not realise it was simply a ploy to distract them from the defence of Aleppo, but the politically astute among the Ummah understand that the US has a fixed and unwavering outlook in its foreign policy where securing its economic, strategic and political interests, these supersede all notions of loyalty fealty and a concern for human rights.

The overwhelming interest that the US has had in Syria was and will remain the preservation of the secular regime. The death of 10,000 Kurdish fighters or a million Syrians are not numbers that have significance to US policy makers.

Furthermore, the expectation from sections of the Ummah that secular nationalistic regimes like those of Imran Khan or Erdoğan, serving the agendas of Western and now Eastern colonialists will in any way move to alleviate the incredible suffering and destitution of the Ummah is also a symptom of their naïvety. As astute politicians who care for the affairs of the Ummah we don’t imagine a secular and nationalistic individual or regime will have any concern for a Muslim in a faraway land; the paradigm of their thinking prohibits this and any statements that are uttered in support will rarely translate in to actions. Even though they themselves perceive their singular impotence against the colonialist nations can only be remedied by collective action.

It is incumbent on the Ummah that as the Prophet ﷺ stated the Muslims are not stung from the same hole twice. Muslims must reject the call of the pragmatists from the Ummah who suggest political participation in non-Islamic parties in the West and subservience to colonialist agendas in our land are the sole means to secure the interests of Islam and Muslims. They don’t realise that their tactics consolidate the control of the colonialist over the Muslims both in the east and the west.

The Ummah in this time of great tribulation urgently requires Islamic statesmen among its rulers and masses whose political thinking is based on the fixed and unchangeable principles of the Sharia rather than the murky pragmatism of the West.

The Ummah is yearning for revival, but the correct and deep political thinking based on Islam is a prerequisite to this revival. This has to be fostered so that the Ummah becomes astute in her political thinking, devoid of this, her enemies will continually subvert any attempts she makes to revive herself and throw off their hegemony by re-establishing the Khilafah.

This is not about pessimism, but quite the opposite. The Ummah is not devoid of astute political thinkers, the machinations of the US and its proxy Erdoğan are well understood by the politicians of Hizb ut-Tahrir and others. It is time that these Islamic thoughts penetrate the Ummah so that she can embark on the path to her salvation.