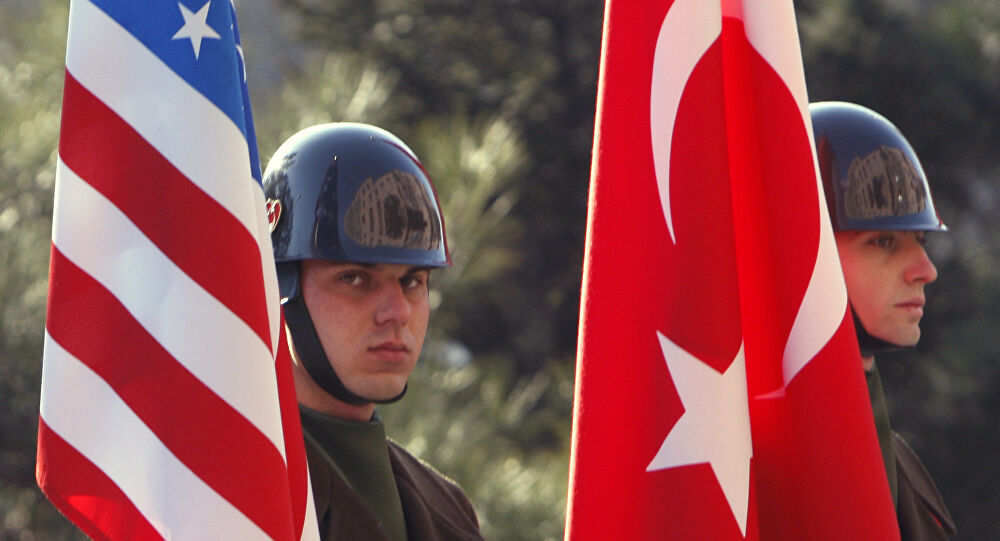 Unlike previous US administrations, US President Joe Biden used the term “genocide” on April 24 this year regarding the alleged 1915 events occurred during the Ottoman period. While this statement was made by the USA, there was silence on the Turkish side. Although the statement made by the White House should get a reply from the Presidential Complex in the Beştepe, Ministry of Foreign Affairs issued a condemnation statement. “We reject and denounce in the strongest terms the statement of the President of the US regarding the events of 1915 made under the pressure of radical Armenian circles and anti-Turkey groups on 24 April,” the ministry said in the statement.

Normally, the “genocide” issue offers President Erdoğan a very good opportunity in terms of the domestic politics. As the majority of the public opinion in Turkey, including the leaders of the opposition parties, do not think differently from Erdoğan in this issue. In short, whole public denies, rejects and does not accept this so-called “genocide” allegation of the USA and the West. The fact that solely the HDP and the liberal minorities are making spokesmanship of the USA and the West on this issue does not carry a weight to be taken into account. So why did President Erdoğan, who feeds upon a populism in the domestic politics, not use this opportunity?Normally, Erdogan’s political background and our experiences tell us that he should take advantage of this opportunity, but he did not.

President Erdoğan responded to Biden’s statement made on Saturday, April 24, with a ripple of statement he made at the press conference only on Monday, April 26. However, earlier, he attended Leaders Summit on Climate on April 22 with the invitation of US President Biden and spoke via video conference. Although he knew that Biden would use the term “genocide” two days after this speech regarding the 1915 events, he spoke highly of Biden. He said he appreciated Biden’s efforts in combating climate change. After that, firstly the White House, then The Beştepe announced that Biden and Erdoğan made a phone call on Friday, April 23. In this meeting, it was stated that Biden told Erdoğan that he would use the term “genocide”. With this, instead of making strong statement without waiting for the White House’s announcement, President Erdoğan wrote a letter to the Armenian Patriarch, Sahak Maşalyan, and said that he remembers with respect the Armenians who were lost in the First World War, shares the pain of their relatives and sends his love to Maşalyan.

This situation reminds us exactly what happened 5 years ago. President Erdogan had difficult and risky times in relations with the United States during this period five years ago. In other words, Erdoğan is living a deja vu with Biden. President Erdogan, who attended the “Nuclear Summit” held in Washington between 29 and 31 March 2016, exactly 5 years ago, remained on the agenda at that time with the issue of whether Obama would give him an appointment or not. Obama did not refuse the insistent demand of the Turkish side, and that famous short-term red room meeting took place. Obama got everything he wanted from Turkey in that meeting. The US had asked Turkey to work together with Russia on the Syrian issue and to exploit the revolutionary groups in Syria under the name of fighting ISIS. These demands required Turkey to normalize with Russia following the Fighter Jet Crisis and the normalization happened. Turkey began to work together with Russia in favor of the Assad regime. Again, Turkey recruited and deceived groups in Syria under the name of fighting ISIS in order to put the American Solution Plan into practice. It stopped the joint operations of the groups against the Syrian regime. On the other hand, the relations that deteriorated with the occupant Jewish entity after the Mavi Marmara were also improved and normalization was achieved with the mediation of Obama after this meeting.Erdogan, who accepted all these demands of Obama free of charge that day, did so to stay in power a little longer and not to lose his seat. Because, at that time, the 15th July coup attempt had not happened in the domestic politics in the fight he put up against Fetullah Gülen group and there was no legitimacy for this conflict in the international arena. At that time, Obama became a lifeline support for Erdoğan, who was tired of internal political conflicts and suffered oppressions made by the EU, in exchange for fulfilling his demands.

Today, President Erdoğan is struggling with the economic crisis that is deepening with the pandemic and cannot find a way out. The 2023 elections are not guaranteed for Erdogan, who lost points in the face of the political pressures of the opposition, and even polls clearly state that the People’s Alliance will lose the elections. The Halkbank Case, opened in the USA during the Trump period, is another soft belly of the government… And most importantly, it is very clear what the new US administration wants from Turkey in its politics of suppressing Russia and China. S400s will not be used, it will keep distance in its relations with Russia and China, and open support will be given to the suppression politics of the US. The normalization process with Egypt will be accelerated, because if Turkey is on one side of the two-state solution plan of the USA in the Palestine issue, the other one is Egypt.The USA wants Turkey to carry out all of these processes in the direction it wants and to take steps accordingly.At the NATO meeting to be held in Brussels on June 14, 2021, there may be a Biden-Erdogan meeting similar to the Obama-Erdogan meeting that was made in Washington 5 years ago. As President Erdogan’s persistent request to meet with Biden today reminds us of his persistent request for an appointment from Obama 5 years ago.This is the reason why President Erdogan gave a delayed and weak response to the “genocide” statement made by the White House.And this situation is a disgrace for someone who is the leader of a country like Turkey, who has the support and votes of Muslims, and it is a painful situation for Muslims.