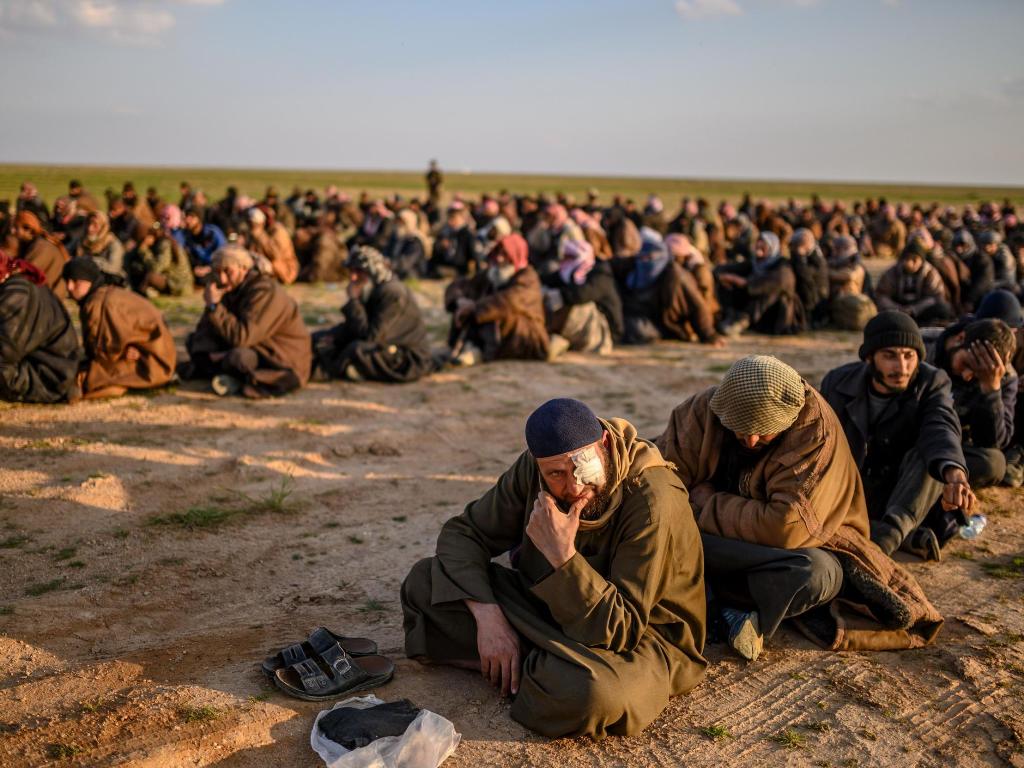 Turkey announced plans to deport 956 members, citizens of different states. Among them, according to Turkish media, 10 citizens of Kazakhstan, 82 Uzbekistan, 23 Kyrgyzstan, 6 citizens of Turkmenistan and 99 Russians.

Turkish President Recep Erdogan said that about two and a half thousand members of the “Islamic State” are in Turkish prisons. The head of the Ministry of Internal Affairs of the country, Suleiman Soilu, said that Turkey is “not a hotel for members of the “Islamic State”,” and promised to begin the deportation of alleged militants held in prisons to their countries of origin”.

Since the beginning of the blessed revolution in Syria, thousands of Muslims from all over the world have rushed to help in overthrowing the tyrannical regime of Bashar al-Assad. Most Muslims who left with their families joined the “Islamic State” group. Only in Tajikistan, since 2014, according to authorities, about 1900 citizens have left their homeland and joined the “Islamic State” group in Syria and Iraq.

Certainly, this is not the merit of the “Islamic State” group that such a large number of Muslims went to Syria to help in the fight against the tyrant of Bashar and the desire to live by the laws of Allah. Since the group “Islamic State” did not conduct education, and still does not conduct education of Muslims, education in which there are detailed Shariah laws regarding government, politics, the economy and everything that directly relates to governance in the Islamic State of the Khilafah (Caliphate). That is why they do not have this enlightenment, and they did not do ijtihad (intellectual worship) on these issues.

Most Muslims who moved to Syria already practiced Islam, and felt oppression and persecution of the tyrant rulers in their countries. These Muslims saw the depravity of the rotten system of unbelief that was being carried out over them, and wished to live by the laws of Allah. Most Muslims in the world have an understanding of the viciousness of the system in the countries where they live, because Muslims are oppressed everywhere, be it in the countries of Central Asia, Russia, and even Europe. This is evidenced by the media of Western countries, which also reported about a large number of Muslims who left their countries in the hope that they would live by the laws of Allah in Syria.

This proves once again that Muslims want to live by the laws of Allah in the Islamic State of the Khilafah (Caliphate), but they lack the education to understand issues related to politics, government, the election of the Khaleefah (Caliph) and many Shariah laws directly related to the state. And this misunderstanding is used by the corrupt tyrant-rulers of our countries, presenting themselves as representatives of Islam and Muslims, as those who embody Islam in life, and in fact rule Taghut.

Erdogan, deceives Muslims by reading the Quran, and he swears to rule Taghut and follow democratic values, deporting Muslims to tyrants for torment and death. The kings of Saudi Arabia, Jordan, the UAE, etc. also do not rule under the laws of Allah, while the Almighty Allah said in the Quran:

“And whoever does not judge by what Allah has revealed – then it is those who are the disbelievers” [5:44]

“And whoever does not judge by what Allah has revealed – then it is those who are the wrongdoers” [5:45]

“And whoever does not judge by what Allah has revealed – then it is those who are the defiantly disobedient” [5:47]

Hizb ut Tahrir prepared a detailed program based on the Quran and the Sunnah for the Islamic state Khilafah (Caliphate), made ijtihad in the field of government, economy, politics and all laws relating to the state to enlighten the Islamic Ummah and for the life by the laws of Almighty Allah.