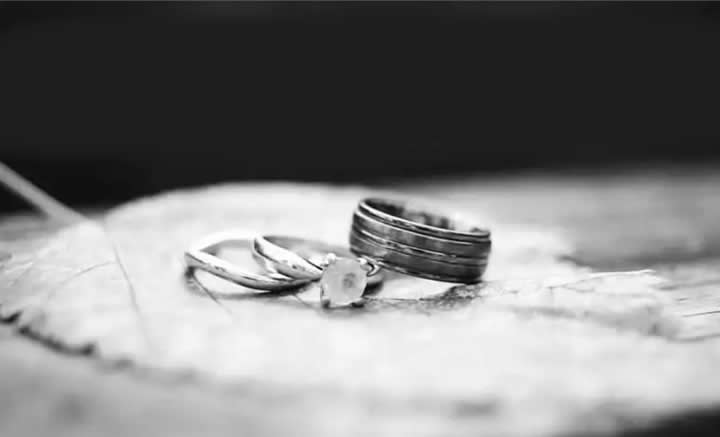 “In a statement issued on 31/7/2019, the Union of Palestinian Women’s Work Committees, the female framework of the Democratic Front for the Liberation of Palestine, denounced the position of Hizb ut Tahrir on the Palestinian government’s direction to adopt a law that raises the age of marriage of Palestinian women to 18. The statement considered that the party’s opinion went beyond all the rules of mental and human logic, which considers the legal age for election and driving license and decision-making capacity to be 18, and that it ignores the psychological, health and social harm of early marriage under the age of 18 years, which is the age of childhood, as is internationally recognized for both female and male.”

Commenting on the statement, we in the Women’s Section of the Central Media Office of Hizb ut Tahrir say the following:

1- Those who seek and advocate the age of marriage at eighteen, they measure the age of maturity and puberty by the Western standard, which is the age of eighteen, so why is the age at which the male or female is classified as adult or minor measured according to the Western system?  And why is this considered a correct judgment?! Is the idea of ​​a minor in the West the same for Muslims? In the Western system and the resulting literature, the age of puberty or “adulthood” as they call it is eighteen years old, and below that age is considered a child. However in Islam, the age of takleef (accountability) is determined for males by reaching puberty and for females by starting menstruation. A mature sane accountable adult is assigned with the Shariah rules and must adhere to them because of the consequent reward and punishment. Maturity has signs related to the mind or body, and there are those who exceeded the age of eighteen but are not mature, therefore Islam did not make maturity a condition for the validity of the marriage contract.

2- Advocates for setting marriage from the age of 18 talk about the psychological and health effects of early marriage by saying that the death rates and birth defects of the young wife are due to early marriage. However, they do not mention that these statistics do not discuss poor health care in those areas where early marriage is rife. Rather, they attribute some of the mental illnesses to that marriage, while they don’t mention that the conditions of life imposed by capitalism, and imposed by the neglect of care from regimes, are a major cause of hardship in living and lack of capabilities to meet the living requirements of housing, clothing and expenses. Here we ask them about the illegitimate relationships prevalent in the West between the so-called children, and the illegal births of girls between 12 to 18 years, and unmarried single mothers at this age!! Is this liberal behaviour acceptable and does not cause physical and psychological harm to them, and does not violate their rights as children, but instead the Islamic marriage, which preserves rights and dignity, is a violation of those rights and a cause of mental and physical health for them?! How incorrect is your judgement.

3- Those who demand to set the age of marriage under the guise of women’s freedom and rights follow the ‘Sunnah’ of Western countries and their institutions that aim to promote the liberation of Muslim women from their values ​​ which insults the dignity that Islam preserved, under the pretext of emancipation and women’s rights. It also encourages various relations under the pretext of freedom and the lifting of guardianship from the guardian of women, and giving freedom to women to make choices. Calling for chastity and the protection of women is irrelevant in the dictionaries of women’s rights advocates, who attack the relationships through marriage in Islamic Shariah, while remaining silent and even encouraging forbidden relationships under the pretext of women’s freedom. They do not object to sexual relations between “minors”, while they deem early marriage a sin and accuse it of ignorance!

4- Islam has encouraged marriage, and did not specify or impose a certain age for it. Allah (swt) said in His Noble Book,

“And marry the unmarried among you and the righteous among your male slaves” [An-Nur: 32]

Islam aims for marriage to bring tranquility and mercy and made in it preservation of chastity and Awrah (private parts) and the protection of society and the individual. How is this concept perceived as “outdated customs and legacies”?

It is known that Islam has made the offer and acceptance a pillar in the marriage contract, so it is not permissible to force any prospective spouse before or after the age of 18 to marry, and Islam did not prevent women from their rights to work or education before marriage and after marriage.

In conclusion, we turn to the feminist groups, and say: Enough destruction to the generations, morals and values! We ask them why do they raise their voices loud against Islam and its rules claiming to be concerned for women and their rights, while we hardly hear them defending the oppressed Muslim women in the world, who are being killed, tortured and arrested and their honour is violated?! Why do they make themselves – in good faith or bad – tools in the hands of the criminal regimes in Muslim countries, donor countries and their institutions in the war on Islam and Muslims ?! We say to them to come back to their senses andrefrain from this.