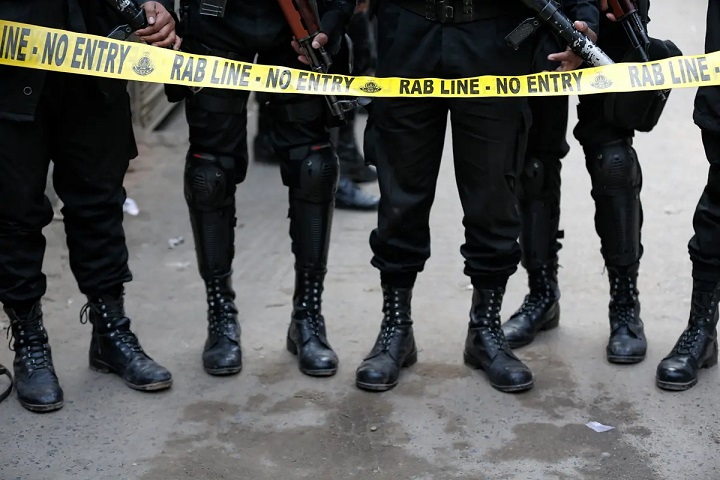 Families cry for justice, return of victims of disappearance

The families of victims of enforced disappearance on Monday called on the Bangladesh authorities to return the victims to their families and prosecute the security and law enforcement agencies involved in the abductions. Marking International Day of the Victims of Enforced Disappearances observed on August 30 globally, the victim families also vowed to continue their movement to bring the perpetrators of enforced disappearance to justice for committing crimes against humanity…

Comment:
Enforced disappearance is one of the nasty tools for oppressive regimes around the world to silence the critics and repress the opposition. Most of these tyrant rulers assume the position by the grace of Western neo-colonial powers. They have least concern for their own people and earnestly serve the interest of their masters.

As a result, within a short span of time they get alienated from the people and resort to various oppressive measures. Enforced disappearance is the most effective one as it creates a fear in the society and deters others to raise their voice. It causes less media attention than judicial oppression as well as non-judicial reported tortures and killings. Under secular-democratic system in the Muslim lands, rulers enjoy a culture of impunity; they refuse to acknowledge the occurrence of enforced disappearance and there is no accountability in the true sense of the term. They also have the law-making authority to give amnesty to the security forces. When it comes to such crimes, these secular rulers have no regard for the Day of Judgement and the punishment of Allah (swt). They justify their atrocious actions in the name of so-called “development” or “stability”. International organizations like UN and other NGOs sometimes raise voice against these heinous crimes but, we know, their actions are limited to observing an “International Day on Enforced Disappearance”, organizing lecture, seminar etc. They never go to the root and uncover the real cause of this problem which is the whole secular-political ecosystem. There is a symbiotic arrangement to preserve the current secular world order. Western colonial powers one the one hand patronize oppressive regimes around the world and on the other hand they endorse human rights organizations so as to neutralize people’s anger against the system.

Hence, elimination of enforced disappearance under the secular world order is nothing but an illusion. Only the Islamic ruling system under the leadership of the rightly guided Caliph (Khaleefah) can end these crimes. The imminent Caliphate (Khilafah) ruling on the method of Prophethood will be based on accountability and caring with the sense of Taqwa (fear of Allah) deeply ingrained into the society.