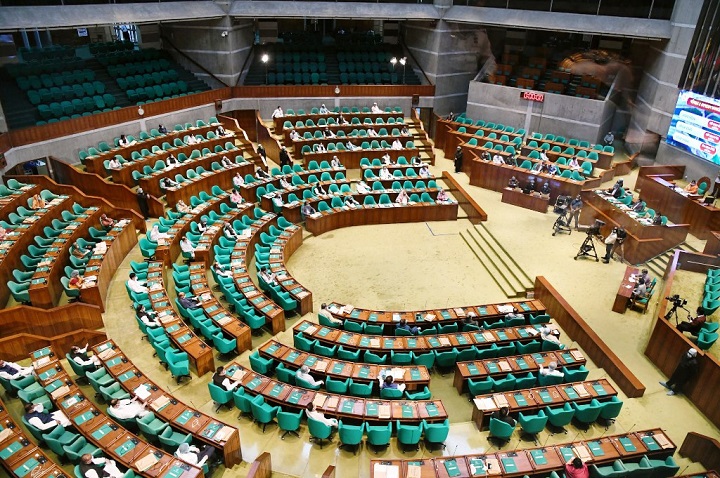 Comment:
Elections are nothing more than a drama show nowadays. Successive low turnouts of the voters in the recent general and local elections have been a great deal of concern for the regime. They are leaving nothing in the tank to gain back the confidence of the people in the system, EC Formation law is one of the endeavors to that end. Democracy is in crisis worldwide and Bangladesh is no exception to that. Due to the exposure of its inherent fallacies and failure on the part democratic rulers to ensure rights and justice people have turned away from democracy and desperately looking forward to an alternative to this corrupt system. Yes, consecutive election rigging by the ruling parties is one of the factors but the key to this is the failure of the democratic political system to live up to the expectations of the people. Hence, fixing the EC or giving it a legal framework is not going to resolve the issue. Question arises as to why the rulers arranged all this dialogue with political parties and then moved to hasty enactment of the law; why so much outcry in the media about this legislation that simply validates the past practice of forming an Election Commission. The simple answer to this is to give another false hope to people that everything is going to be sorted in course of time.

But this time it is unlikely that the people will be deceived again. Because, they understand that their main issue is not to have a free and fair election. Had the election been fair, it would make no difference in terms of corruption and oppressive ruling. What is the point of having a fair election under a democratic system that gives option only to select one of the two corrupt leaders? The link between miseries of people and the oppressive ruling system is clear, therefore, having a fair election while keeping the very system intact is definitely not a way forward.

Bangladesh regime is trying to go all out to restore the people’s trust in the democratic ruling system. But people have least interest in what is being done for EC formation and they are continuing to strive on the method of the Prophethood to bring back the Khilafah Rashida (rightly guided Caliphate). Because only the re-establishment of Khilafah system can put an end to the systemic oppression and corruption that people have been tolerating for a long period of time.