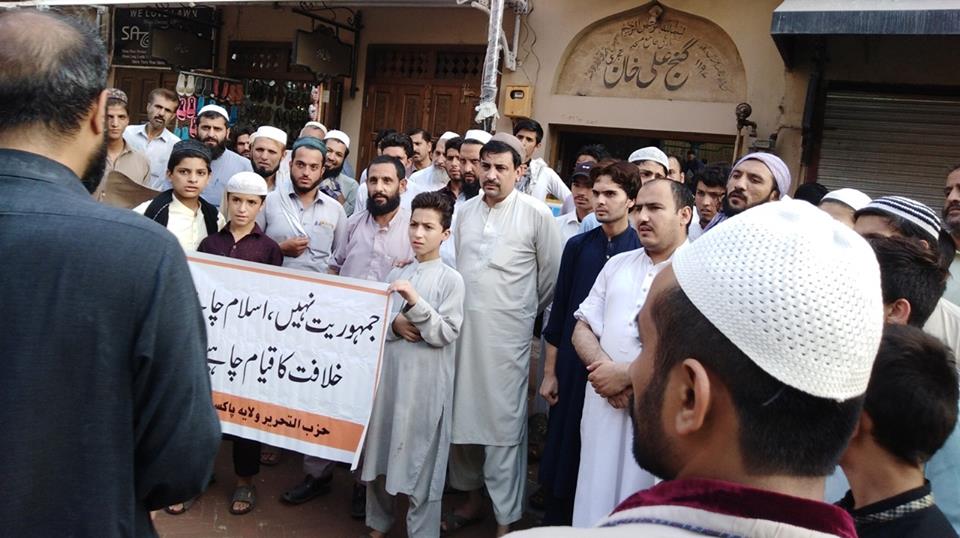 Hizb ut Tahrir / Wilayah Pakistan has undertaken a strong campaign ahead of Pakistan’s general elections on 25 July 2018. It has distributed leaflets, organized public addresses and put up banners in public places. It is calling for the abolition of Democracy and the re-establishment of the Khilafah (Caliphate) on the Method of the Prophethood. Indeed, democracy is dying around the world, including its Western homelands. Public perception that Democracy is only to secure immense wealth for the ruling elite and deny the masses their rights have led to decreased membership of political parties and ever declining voter turnout. So why should Pakistan be an exception to this worldwide trend? Moreover, the ruling elite’s attempt to urge the masses to vote in democracy by claiming that it is an Islamic duty is itself an evidence of the public disinterest in democracy and a desire for Islam.

As for “leaving the field open” for the very corrupt by not voting for the less corrupt, can a believer say that he must take up gambling so that the field is not left open for the corrupt gambler? Can he say that he will choose to drink one glass of wine, instead of two, because that is the “lesser of two evils”? Is it not the case that he is obliged not to drink any wine whatsoever?

What compels him to sin, when there is no compulsion for him to sin? Democracy is an authority that does not rule by all that Allah (swt) revealed. Allah (swt) not only forbade the Muslims from ruling within it, He (swt) ordered the Muslims to disbelieve in it. Allah (swt) said,

“Have you not seen those who claim to have believed in what was revealed to you, [O Muhammad], and what was revealed before you? They wish to refer legislation to Taghut, while they were commanded to reject it; and Satan wishes to lead them far astray.”
[Surah an-Nisa’a 4:65].

Voting for a ruler who will rule by the rule of the majority, rather than Quran and Sunnah alone is a sin. Whilst voting for a Khaleefah ruling by all that Allah (swt) has revealed, regardless of the whims and desires of people, is a duty. So the Muslims must not earn sin by voting in Democracy, leaving the field wide open for the corrupt to remove any little hope in Democracy that remains. And the Muslims must engage fully with the Shabab of Hizb ut Tahrir in their efforts to restore the ruling by all that Allah (swt) has revealed, through the re-establishment of the Khilafah (Caliphate) on the Method of Prophethood.