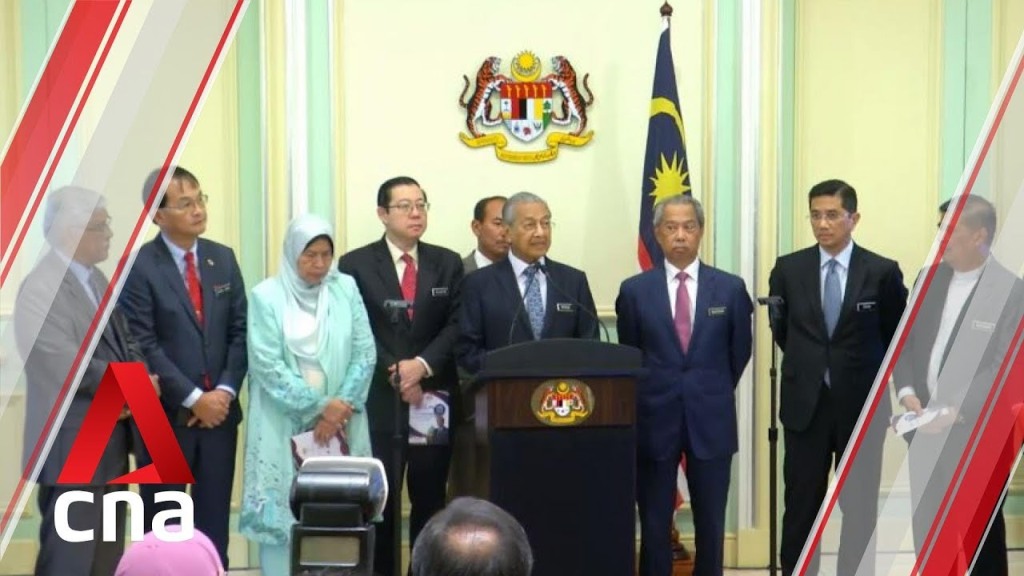 KUALA LUMPUR July 1 – PAS will not support the proposal to require all MPs to declare their assets, including the opposition, because Islam forbids its followers to do so.

PAS Deputy President, Datuk Tuan Ibrahim Tuan Man, said in Islam, if Allah gives property to any individual, they can’t impose it on the public.

“When we declare the property, the security of the declaration of the individual including the family and others should be taken into consideration,” he told reporters at the Parliament lobby today.

The Malaysian parliament is warm-up today with a proposal by the Minister in the Prime Minister’s Department, Liew Vui Keong, to oblige all MPs to include their opposition to declare their assets and property. He said the proposal was submitted to the principles of accountability and transparency to avoid any form of corruption and abuse of power. He added that there are currently no laws that require MPs to declare assets and hope all MPs will support the proposal.

The issue is that there are representatives of the Islamic party which is the opposition party issued a statement that Islam forbids Muslims to declare the property as security. In another news report stated that there were PAS deputy president, said: “In a hadith the Prophet ordered that the property that is not publicized, as many spiteful.”

Actually, the hadith quoted by Tuan Ibrahim are false traditions based on what had been stated by al-Imam Ibn al-Jawzi. It is considered weak by al-Imam al-Iraqi and al-Imam al-Suyuti, and Ibn Abi Hatim regard it as wrong. It is because in the hadith there is a narrator – Sa’id bin Salam al-Attar – who is rejected. He also rejected by many scholars of hadith; Imam Ahmad bin Hanbal even regarded him as a liar.

From the sanad angle, it is also noted that the hadith narrator from Muaz bin Jabal which he was taken from Khalid bin Ma’dan. Ibn Abi Hatim states that Khalid has never heard the hadith from Muaz. When not listening, more reinforce the claim that the Hadith was false.

In order to clarify this issue, the issue of the declaration of property is closely related to zakat. Each Muslims must pay zakat on property it owns, as contained in the pillars of Islam. Zakat must be paid by Muslims involving various assets such as crops, livestock, gold (money) and otherwise. The amount of zakat obligatory is a person based on the rate of property owned. More property definitely means more of the payable rate. So, to find out the rate payable, every Muslim must declare his assets. If Islam prohibits Muslims from declaring the property, it is certain that Muslims cannot pay zakat because it causes the wealth to be known. Hence, claims that Islam does not allow the amount of the property to be disclosed to the government is false and groundless.

In this issue, to ensure the governance of the country of integrity, every officer and representative of the people should declare the property as it happened during the reign of Umar Al Khattab r.a by examining the property of the appointed officers and recording it. This is to control that they do not take advantage of accumulating the property in the wrong way through a position held.

As the story of Umar Al Khattab appoint Abu Hurairah to be Bahrain’s amirate who is the government’s post, he has worked besides holding the post until he becomes a wealthy person. The addition of Abu Huraira property came to Umar’s knowledge, causing Umar to call Abu Hurairah to come to him. Then Abu Hurayrah said, “The horse is mine have been bred, and again, I got a gift from the people who visit me”, “If so, submit all your possessions to the treasury [treasury],” Umar direction. [from the book ar rijal haul Rasulillah (heroes around the Prophet): m.s 498 – 499]