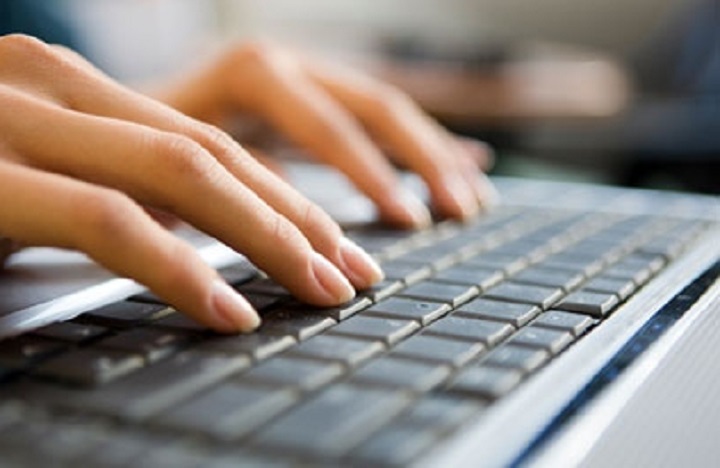 The pattern of digital interaction, which is controlled by capitalist corporations and the puppet Muslim regimes – has broken down the wall of honor of the Muslim community, ruined future generations and tarnished the honor of Muslim women. Sexual violence against women does not stand alone only because of patriarchal culture such as the feminist narrative, but led by multi-dimensional factors. Systemic interaction between liberal culture of individual freedom, capitalist media industry, hegemony of digital corporations and the actions of feminist groups has accelerated sexualization in Muslim societies which led to the outbreak of sexual violence against women.

The second part of this article will focus on presenting how Islam has the ideological capacity to offer an alternative vision of digital information politics for securing women honor as well as providing independency from digital capitalism hegemony.

Women need an information shield that capable of putting the brakes on the public sexualization of Muslim societies. For this reason, several steps are needed so that this shield is formed for Muslim women and the Muslim community of course taken from the view of Islamic Sharia, namely:

1. The urgency of maintaining the honor of “private life” for the Muslim community

In a healthy and respectable Muslim society, private life must be respected and protected from public interference and intrusion. Islam keeps the private life at home from the impolite knockers who want to intrude, Islam also keeps the aurwat (exposed body) of Muslim women in their home rooms that are guarded. Rasulullah (saw) reminded him in the following hadith:

“Ask permission to enter the house three times, if it is allowed for you (enter) and if not then go away!” (Narrated by Bukhari and Muslim).

Digital space or cyberspace, however, belongs to the category of open areas that are public, including social media such as Twitter, Facebook, social media groups, and the like. The public domain is also known in its Islamic term as general life (hayatul ‘aam) which is the reality of human interaction in social relations in general, especially in male and female relationships. The nature of human life has made human live a public life, where they live among a number of individuals in society, such as in a tribe, village, or city.

Shari’a law gives serious attention to human relations based on a clear division in the interactions of men and women. The Islamic perspective clearly separates the relationship between the two in a very specific and clear set of rules. Therefore, in Islam the interaction of men and women in cyberspace is as strict as in the real world.

Likewise, Islam has regulated a private life (hayatul khas), and separated it from the public sphere, in order to maintain the honor and sanctity of the Muslim family. Allah Ta’ala says in Surah An-Nur verse 31:

“And tell the believing women to lower their gaze and guard their chastity, and not to reveal their adornments1 except what normally appears…”

Therefore, it is not allowed to spread content that is private in nature to digital space under any pretext – including the pretext of feminism in the name of the struggle for women’s rights, especially since the case is known to be inappropriate for dissemination to the public domain. Violence against women is resolved through private courts, when domestic injustice does occur.

The politicization of women’s private issues into the public sphere is prohibited, even if it is for reasons of suppressing the authorities. This phenomenon actually also shows the weakness of secular law supremacy in ensuring security for women, so that feminists feel the need to expose the disgrace of Muslim families to the public in order to pass their agenda.

2. The urgency of an information political vision that upholds the honor of society and the sovereignty of the state

The existence of individual and community awareness is very important, but it is not enough. Public awareness must also be accompanied by the role of the state, by filtering out corrupted information that endangers state ideology. Don’t just leave it to the private media, let alone foreign corporations. In Islam, it is a great injustice when the state leaves its hands and allows media corporations to be confronted vis a vis with individual ummah without protection.

The political economy of Islam will not allow information to be monopolized by a few elites, so that although the existence of domestic private media is permitted, it cannot be greater than state sovereignty, as is the case today. As a result, in the perspective of Islamic media politics, the state acts as a:

1. Shield that will protect Islamic ideology from ridicule, insults and humiliation,

2. Filter of information from unimportant or even destructive information,

3. Funnel of Islamic information for the world at home and abroad.
Mass media for an Islamic state has a strategic function, namely serving Islamic ideology both at home and abroad. Therefore, the proper function of the state is to maintain the sovereignty of its information and data, in order to avoid the domination of foreign powers as it is today. The state must not be dependent on Google and all other foreign technology platforms, and at the same time will not allow media platforms that broadcast fahishah films like Netflix in Muslim countries.

The state must also adopt a specific information strategy in exposing Islam with a strong and memorable presentation which is expected to be able to move the human mind to direct its views on Islam and to study and think about the contents of Islam. Domestically, the mass media serves to build a strong Islamic society. Abroad, he serves to spread Islam, both in war and peace, to show the greatness of Islamic ideology as well as to dismantle the depravity of man-made kufr ideology. (Masyru’ Dustur Dawlah al-Khilâfah [Draft Constitution of the Khilafah State], Chapter 103).

3. The urgency of digital information shield for the Ummah

The most important thing of all is that there must be Muslims who are able to create an ICT system (information and communication technology) with security guarantees in the digital space with the highest level of security, to protect the interests of Islam, the honor of women and the security of the data of the Muslim community as a whole. The most correct and righteous way to counter the influence of these capitalism surveillance networks is what the Khilafah state will do when it is established, insha Allah:

First: engineer and manufacture networks, applications, and software independently so that electronic communication does not become a limited monopoly of foreign companies. But it is open to Muslims with tools made by the people themselves where the digital interaction pattern is standardized on halal and haram, not just for the sake of business algorithms like today. All these devices are facilitated to develop with complete independence and sovereignty on Islamic authorities.

Second: using all these technological devices for the sake of da’wah to call mankind to Islam as a message of rahmatan lil ‘alamin and to get rid of Capitalism which makes humankind live in misery and darkness.

Third: The Khilafah must be sovereign and free from surveillance objects—both manual and digital. Likewise, Khilafah should not spy on its own people as Muslim rulers present day do against Islamic movements or da’wah activists, clearly the law is haram. Moreover, if surveillance is carried out by a digital company to its users where it is known that this company belongs to the kuffar, then this is not only haram but even zhalim so that it can be categorized as digital imperialism of foreign countries to Muslims. Allah forbids providing any way for the disbelievers to dominate the believers in His word:

“And Allah will never give way to the disbelievers to dominate the believers.” [Surat An-Nisa’ [4]: 141].

As a result, the Khilafah’s treatment of its people will not be the same as the current regimes who use all these networks to spy on their own people, but at the same time allow the sexualization of society to fuel violence against women which tarnishes the honor of the Muslim community en masse. Instead, the Khilafah will act as a digital shield for the Ummah and the honor of Muslim women, maintain the dignity of the Muslim community, unite them with the nobility of the Islamic Aqeedah, and accelerate Islamic da’wah throughout the world with fully sovereign within its independent technology.