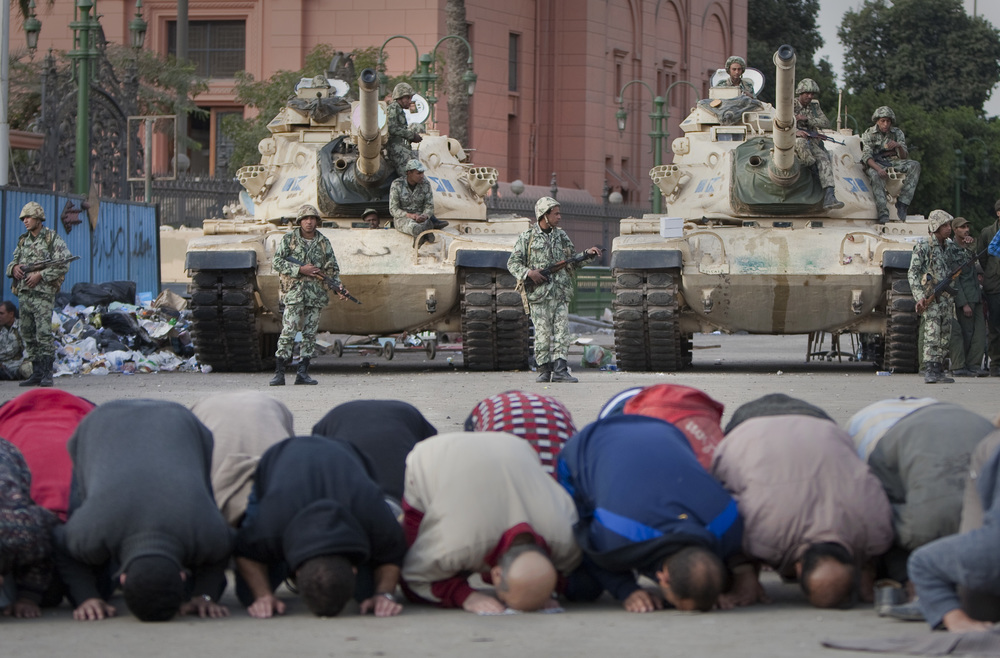 January 2021 saw the decade anniversary of the Arab Spring. Whilst a number of long-term dictators were removed from power we also witnessed the emergence of new governments in countries such as Tunisia and Egypt. In both nations the Muslim Brotherhood (MB) and Ennahdah won elections thus marking the beginning of a new era in the Middle East. But a decade on, both parties are no longer in power, in their attempt to gain legitimacy both parties played lip service to Islam once they reached power and lost the goodwill of the people that supported them into power.

Both the MB and Ennahdah emerged victorious in countries with an entrenched system where the rulers had been in power for decades. In Egypt the military do not give up power, but removed its 82-year-old former Air Chief Marshal, but kept control over all its benefits. In Tunisia Zine El-Abidine Ben Ali cultivated the internal security services and his own party and harshly repressed all his political opponents, all dissent as well and public displays of Islam. But in both nations, no purges took place despite both the MB and Ennahdah being put into power by the people. Hosni Mubarak and Ben Ali used their internal security services and repression to remain in power, but in both countries the people wanted these systems overturned. But both the MB and Ennahdah called for moderation, pragmatism and the need to not scare the international community. The people wanted real change, the MB and Ennahdah called for maintaining the status quo. Both Ennahdah and the MB turned out not to be very revolutionary.

Both the MB and Ennahdah advocated Islamic rule and as a result the people voted them both into power. But despite having popular support both parties constantly pursued consensus and as a result they regularly compromised in the hope of gaining legitimacy. Ennahda abandoned making the Shari’ah the main source of legislation in the new constitution and declared it wanted to maintain the secular nature of the nation. Ennahda’s leader, Rachid Ghan­nouchi, highlighted with regards to estab­lish­ing the Khilafah (Caliphate): “Def­i­nitely, we are a nation state. We desire a state for Tunisian reforms, for the Tunisian State. As for the issue of the Khi­lafah, this is an issue that is not one of real­ity. The issue of today’s real­ity is that we are a Tunisian State that desires reform, so that it becomes a State for the Tunisian Peo­ple, not against them.” Similarly, the MB went to great lengths to demonstrate its moderation. In its rush to placate so-called international opinion, they abandoned all commitment to Islamic governance. When it came to applying Islamic principles, they cited constitutional barriers and the need to keep minorities onside. When it came to applying Islamic economics, they cited the need to avoid scaring international investors and tourists. One of President Muhammed Morsi’s first acts as Egyptian president, of all things, was to send a communiqué confirming Egypt’s commitment to peaceful ties with ‘Israel’! The initial calls for Islam were completely removed from Morsi’s statements as he settled into power.

Both the MB and Ennahdah once they reached power, it became obvious they had no real political programme. When both Ennahdah and the MB took power, they inherited countries suffering from severe economic problems. However, both parties lacked any polices and had no road map to tackle these challenges. Tunisia has inherent limitations, it is a tiny nation, with a population of 11 million people and a GDP of $50 billion – smaller than the Nigerian city of Lagos. But Tunisia’s significant shale formations in the Ghadames Basin, estimated to hold 23 trillion cubic feet of technically recoverable shale gas resources and 1.5 billion barrels of technically recoverable shale oil resources remained on hold.  The MB government fared even worse in Egypt. The Muhammed Morsi government brought great confusion and instability to the country due to their decision making. Policy positions were taken and then constantly reversed due to opposition. In both countries the economic and social situation worsened due to the lack of policy development and at times outright incompetence. The reality is, looking back at the period both the MB and Ennahda were in power, they lacked any principles aside from compromise and abandoning Islamic precepts.

In both Tunisia and Egypt, the MB and Ennahdah faced significant repression from the long-term dictators and secret services. They came to power after defeating the established and deeply rooted opposition. An opposition that benefited from patronage from the secular dictators. In Egypt, the MB constantly operated from a position of weakness and failed to placate much of the opposition despite having mass support. The secular opposition, Mubarak-era officials, and the business elite never accepted the MB electoral victory, their key demand remained that Morsi must step down. As a result of not dealing effectively with the opposition the MB constantly faced a persistent insurrection. As a result, opposition figures carried out regular demonstrations to undermine Morsi’s rule. Ennahdah’s attempt to deal with the opposition in Tunisia was through constant appeasement and compromise. They hoped this would placate them and strengthen their position. But Ennahda lost credibility as well as much of its supporters due to this.

Muslims gained power in the Arab Spring in some countries, but Islam never did and at the first opportunity Islamic governance was abandoned to appease the secular elements in the hope of gaining legitimacy. Whilst many within Tunisia and Egypt longed for real change, a decade on this remains elusive as the parties they supported refused to deliver what they had for long promised and what the people voted them in for. Therefore, it’s not surprising both the MB an Ennahdah are no longer in government. Islamic governance did not fail in the Arab Spring, it was never implemented by its advocates due to their short term, transactions and political calculations.