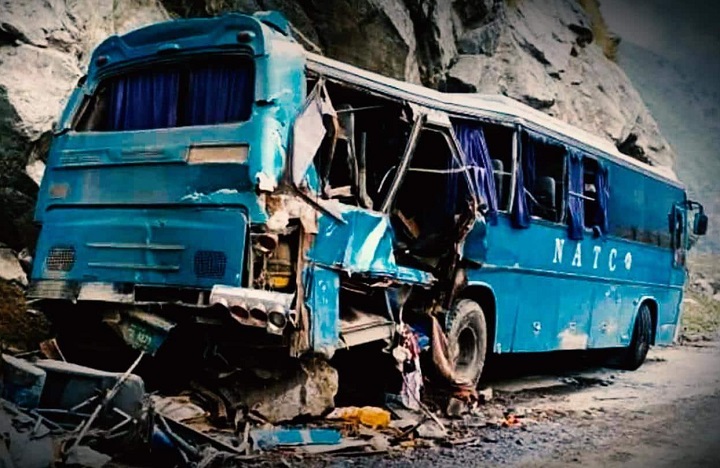 On 17 July 2021, the Interior Minister, Sheikh Rashid, stated that a 15-member team of Chinese investigators has joined the ongoing investigations into the Dasu bus explosion of 14 July, in which nine Chinese citizens were killed. He said, “We completely reassure the Chinese government that these culprits, hidden hands and enemies of CPEC and China-Pakistan friendship will never be forgiven at any cost.” https://www.dawn.com/news/1635726

Comment:
Since the beginning of the year 2021, the Muslims of Pakistan are witnessing a significant upsurge of attacks on security forces in Baluchistan and the tribal areas of Khyber Pakhtunkwa (KPK). Within the last two months alone, June and July, at least four attacks occurred against security forces in North and South Waziristan of KPK, as well as in Sibi and Hoshab of Baluchistan, in which a number of security personnel were martyred. The recent Dasu incident happened just two days before the scheduled CPEC Joint Coordination Committee’s meeting, which was postponed following the incident.

It is no coincidence that when America announced her withdrawal from Afghanistan, Pakistan started witnessing an upsurge of attacks on security forces and strategic interests. Although the Bajwa-Imran regime has been blaming RAW of India and NDS of Afghanistan, everyone knows that both of them have the blessing and support of America. Although the rulers of Pakistan are claiming that they will not intervene in the matters of Afghanistan, at the same time they also assert that if the situation deteriorates in Afghanistan, Pakistan will certainly face its fallout.

It is upon the claim of reducing fallout that the Bajwa-Imran regime is busy in contacting Afghanistan’s neighboring countries. Recently Pakistan, Afghanistan, Uzbekistan and the US have formed a new diplomatic platform, which will facilitate the US plan in Afghanistan. This situation reminds us of the beginnings of America’s “War on Terror,” when the Muslims of Pakistan and their armed forces did not consider the American war as their war. However, when false flag attacks on security forces occurred throughout the country, arranged by America’s Raymond Davis network, the rulers then insisted that the US crusade is now our war. The rulers have become active hired facilitators to secure US interests since then. Now, Pakistan’s rulers are acting as hired facilitators regarding the final set-up in Afghanistan, so that matters of Afghanistan do not go against the wishes of America.

The evil American regional presence is the cause of destabilization in our region. Our blood, wealth and resources are being wasted to secure American interests, in one way or the other. Destabilization in the region is not a matter of concern for America, as its political, economic and strategic objectives are secured through what the former US Secretary of Defense, Donald Rumsfeld, called “creative chaos.” Whatever violence we are witnessing in Pakistan and in the broader region is because of the presence of America’s terrorist structure, maintained through alliance with its agents, including Pakistan’s rulers.

The only way to restore stability to the Af-Pak region is by ending the American presence in all forms. The nerve centers of the US spy network located within its embassies and consulates must be shut down, the GLOC and ALOC supply lines to US regional assets must be severed immediately and the mujahideen in Afghanistan must be fully supported so that they uproot all forms of American influence in Afghanistan. It is high time that the sincere officers in the armed forces of Pakistan and the mujahideen come together for the re-establishment of the Khilafah (Caliphate) on the Method of the Prophethood, unifying Pakistan, Afghanistan, Central Asia and beyond as one powerful state.