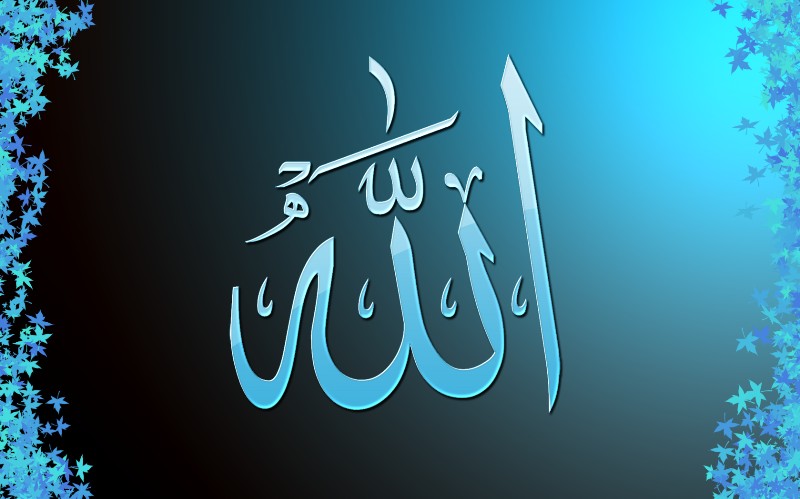 During the era of ruling by all that Allah (swt) has revealed, Muslims were characterized by daring, creativity, overcoming formidable enemies and making huge strides in opening new lands to Islam. They were undaunted by challenges, refusing to give up, back down or compromise in matters related to the Deen of Truth. The key to their strong, principled and unwavering stance was their true Dependence (Tawakkul) upon Allah (swt). However, Dependence upon Allah (swt) is a concept over which confusion has prevailed in the minds of the current generation, which is faced with the great challenge of restoring the ruling by all that Allah (swt) has revealed. If Tawakkul is not understood clearly, the patient, perseverant and daring march towards changing the tide of history in the favor of Muslims again, becomes unachievable or weakened. If Tawakkul is not understood clearly, inaction, reluctance, hesitation and over-caution will dominate the believers, through being overwhelmed by the material means and circumstances.

Without understanding Tawwakul, zeal wanes, will weakens and vision about what can be achieved becomes narrow. If Tawwakul is not grasped firmly, Muslims will feel inability, reduced to considering that their power is limited, so that they could not achieve more than that which is allowed by other men. Thus, Muslims will not achieve greatness again, securing dominance for the Deen, unless they fully made Tawwakul on Allah (swt). Certainly, great missions, such as advancing the call when facing tyrants or securing Nussrah to practically resume Islam as a way of life, can never be undertaken, if Muslims estimated their power upon their human power alone. If a Muslim looks at human capability and acts according to that alone, even ordinary, mundane tasks become like insurmountable mountains, so what of the great tasks?! However, if Tawwakul is understood, one would achieve greater than one’s capability and the material means available, depending on the limitless power of Allah (swt).

Indeed, Allah (swt) is the only One upon whom Dependence is deserved, in all the deeds that He (swt) has commanded His servants to undertake. Allah (swt) alone is Al-Khaliq (الخالق The Creator) Who created the entire Creation, with its countless galaxies, from nothing. Allah (swt) alone is Al-Qawwi (القوي The Most Strong) and Al-Muqtadir (المقتدر The All Determiner), the Master of all the affairs that take place within that which He (swt) created, by what He (swt) created. Allah (swt) is Al-Muhyi (المحيي Life Giver) and Al-Mumeet (المميت Death Bringer), Who (swt) alone gives life and takes life at an appointed time, such that not a single soul will die before its time, regardless of a life of cowardice or bravery. Allah (swt) is Ar-Razzaq (الرزاق The Sustainer) and Al-Wahaab (الوهاب The Bestower), Who (swt) alone provides Rizq (Sustenance), to each and every soul, widening and narrowing it as He (swt) pleases, regardless of the miserliness or generosity of that soul. And Allah (swt) is Al-Muiz (المعز The Granter of Honor), Al-Muthil (المذل The Giver of Humiliation) and Al-Fataah (الفتاح The Granter of Victory), Who (swt) raises the Islamic Ummah victorious over her enemies, disgracing them by her hands.

And indeed, it is Allah (swt) Who has assured His righteous servants that He (swt) will assist them in difficulties, that they encounter for His Sake. Allah (swt) said, وَمَن يَتَّقِ اللَّهَ يَجْعَل لَّهُ مَخْرَجاً “And whosoever has Taqwa of Allah, He will make a way for him to get out.” [Surah at-Talaq 65:2]. Thus, whoever has Taqwa of Allah in performing what He (swt) has commanded and avoiding what He has forbidden, then Allah (swt) will make a way out for him from every difficulty and will provide for him from resources that he never anticipated or thought about. Abdullah bin Mas`ud (ra) commented, يعلم أنه من عند الله، وأن الله هو الذي يعطي ويمنع “It pertains to when one knows that if Allah wills He gives, and if He wills He deprives.” And Abdullah ibn Abbas (ra) commented that, نجاته من كل كرب في الدنيا والآخرة، “His way out from all anguish in this world and the Hereafter.” Thus, both the advocate of Khilafah (Caliphate) and the one who must extend Nussrah for Khilafah are assured of the way out of every difficulty by Allah (swt) Himself, in everything that is done for the Sake of Allah (swt).

The believer with Tawakkul thus willingly takes personal risks, to wealth and the soul, secure in the knowledge that none other than Allah (swt) will assist. Allah (swt) said, وَمَن يَتَوَكَّلْ عَلَى اللَّهِ فَهُوَ حَسْبُهُ “And whosoever puts his trust in Allah, then He will suffice him.” [Surah at-Talaq 65:3]. Tawwakul upon Allah (swt) awakens within the believer the daring and obliterates hopelessness, helplessness and negativity. It broadens vision and incites inventiveness to address all the challenges that are faced. The one who truly believes in Tawakkul upon Allah (swt) does not regard that which Allah (swt) has commanded as undoable or impossible. Depending upon Allah (swt), a way or a plan will be found and implemented. And the one who understands Tawakkul does not consider that which Allah (swt) has forbidden as a compulsion or unavoidable. The one who truly has Tawwakul on Allah (swt) has no fear of men in the pursuit of pleasing Allah (swt). Imam Ahmad recorded that Ibn `Abbas (ra) said that RasulAllah ﷺ said to him,«يَا غُلَامُ إِنِّي مُعَلِّمُكَ كَلِمَاتٍ: احْفَظِ اللهَ يَحْفَظْكَ، احْفَظِ اللهَ تَجِدْهُ تُجَاهَكَ، وَإِذَا سَأَلْتَ فَاسْأَلِ اللهَ، وَإِذَا اسْتَعَنْتَ فَاسْتَعِنْ بِاللهِ، وَاعْلَمْ أَنَّ الْأُمَّةَ لَوِ اجْتَمَعُوا عَلَى أَنْ يَنْفَعُوكَ لَمْ يَنْفَعُوكَ إِلَّا بِشَيْءٍ قَدْ كَتَبَهُ اللهُ لَكَ، وَلَوِ اجْتَمَعُوا عَلَى أَنْ يَضُرُّوكَ لَمْ يَضُرُّوكَ إِلَّا بِشَيْءٍ قَدْ كَتَبَهُ اللهُ عَلَيْكَ، رُفِعَتِ الْأَقْلَامُ وَجَفَّتِ الصُّحُف» “O boy! I will teach you words so learn them. Be mindful of Allah and He will protect you, be mindful of Allah and He will be on your side. If you ask, ask Allah, and if you seek help, seek it from Allah. Know that if the Ummah gather their strength to bring you benefit, they will never bring you benefit, except that which Allah has decreed for you. Know that if they gather their strength to harm you, they will never harm you, except with that which Allah has decreed against you. The pens have been raised and the pages are dry.”

Not only is Allah (swt) the only One upon Whom Dependence is deserving, Tawakkul on Allah (swt) is commanded by Him (swt), such that the one who does not make Tawwakul is Sinful. Tawwakul on Allah is confirmed by the Conclusive (قطعي Qat’ee) Text of Qur’an. Allah (swt) said, إِنْ يَنْصُرْكُمْ اللَّهُ فَلاَ غَالِبَ لَكُمْ وَإِنْ يَخْذُلْكُمْ فَمَنْ ذَا الَّذِي يَنْصُرُكُمْ مِنْ بَعْدِهِ وَعَلَى اللَّهِ فَلْيَتَوَكَّلْ الْمُؤْمِنُونَ “If Allah helps you, none can overcome you. If He forsakes you, who is there, after that, that can help you? In Allah, then, let believers have Tawwakul.” [Surah Aali ‘Imran 3: 160] As’Sa’dee said in his tafseer that على الله توكلوا لا على غيره، لأنه قد علم أنه هو الناصر وحده، فالاعتماد عليه توحيد محصل للمقصود، والاعتماد على غيره شرك غير نافع لصاحبه، “Depend on Allah and no one else, because one knows that He is the only Helper, relying on him is Tawheed of the intended result, and dependence on others is Shirk and useless to the one who does so.” And Allah (swt) said, قُلْ لَنْ يُصِيبَنَا إِلاَّ مَا كَتَبَ اللَّهُ لَنَا هُوَ مَوْلاَنَا وَعَلَى اللَّهِ فَلْيَتَوَكَّلِ الْمُؤْمِنُونَ “Say: ‘Nothing will happen to us except what Allah has Written for us. He is our protector.’ And on Allah let the believers have Tawwakul.” [Suraj At-Tawbah 9: 51]. Baghwee in his Tafseer said of “He is our Protector” ( هو مولانا ) that, ناصرنا وحافظنا “He is our Helper and He is our Guard.” And Ibn Kathir commented that, سيدنا وملجؤنا “our Master and Protector.” Thus, both the advocate of the Khilafah and the one who extends the Nussrah move with bravery and with optimism, propelled by their Iman, such that their energy and striving awakens the slumbering and energizes the moving.

As for the Hadeeth: «اعْقِلْهَا وَتَوَكَّلْ» “Tie (the camel) and make Tawwakul (upon Allah (swt))” [At-Tirmidhi], it is not an abrogation or restriction of Tawwkul, but it is a direction to attend to the means as well. It is an education for the Beduin, when he thought that Tawwakul meant neglecting the Causes and Effects. In this Hadith RasulAllah ﷺ instructed us that Tawwakul does not mean neglecting the Causes and Effects. So, yes, the believer looks carefully at the material means, arranging and planning them meticulously, but he expects a far greater outcome, for he does not depend on material means alone, but upon  the Help of Allah (swt).

So let us all arm ourselves with the powerful weapon of Tawwakul in Allah (swt). Let us yield it as both a shield and a sword in our march towards the restoration of the ruling that pleases Allah (swt) and averts His Wrath. Let us not look at the length of the road that we have travelled or have yet to travel, but march on, assured that Allah (swt) will propel us to our goal. Let us not be deterred by the obstacles that are put in our way, facing them with the knowledge that Allah (swt) will assist us in overcoming them, one and all, in ways that we could not conceive or plan for, confounding the people of kufr. Allah (swt) said, وَلِلَّهِ غَيْبُ السَّمَاوَاتِ وَالأَرْضِ وَإِلَيْهِ يُرْجَعُ الأَمْرُ كُلُّهُ فَاعْبُدْهُ وَتَوَكَّلْ عَلَيْهِ وَمَا رَبُّكَ بِغَافِلٍ عَمَّا تَعْمَلُونَ “To Allah do belong the unseen (secrets) of the heavens and the earth, and to Him goes back every affair (for decision). So worship him, and make Tawwakul on Him. And your lord is not unmindful of what you do.” [Surah Hud 11: 123]