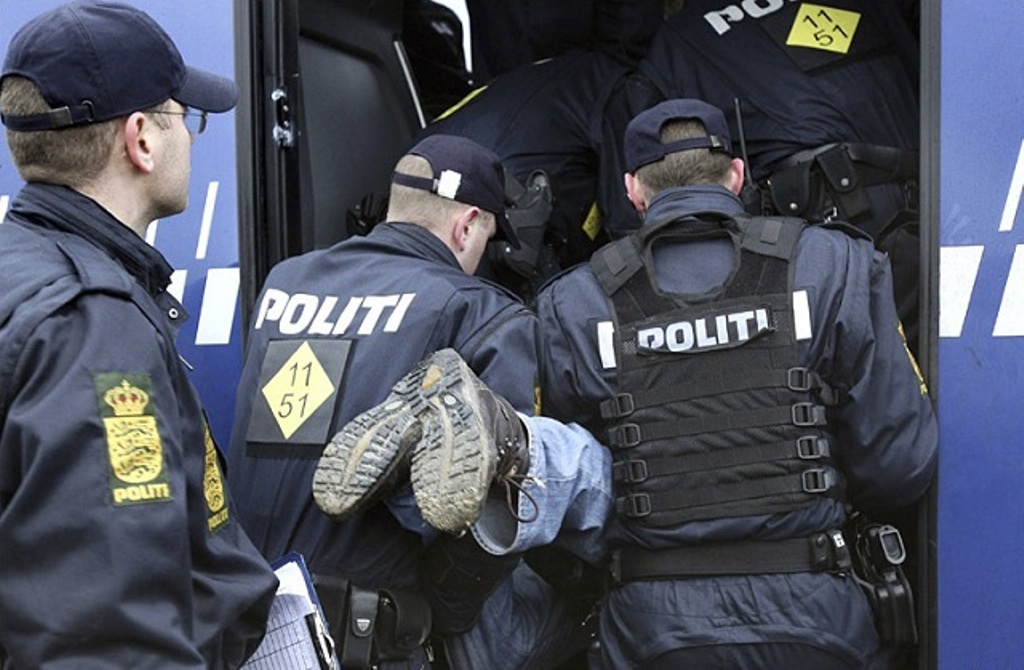 Parliamentarians from all sides of the Danish Parliament reacted yesterday, 14th August 2020, to activities carried out by Hizb ut Tahrir in the city of Aarhus, as part of exposing the racist ghetto policy and safeguarding the Islamic identity. The activities were carried out by Hizb ut Tahrir’s members in Aarhus in the form of conversations with people in the local areas and the distribution of a leaflet addressed to the Muslims in Aarhus.

However, these peaceful and quite legal activities have been met by politicians with aggressive verbal attacks, several of which have called for a ban on Hizb ut Tahrir, and have even demanded deportation of party supporters!

With these low outcomes, however, the MP’s prove exclusively that the so-called freedom of expression does not apply to Muslims and especially not critical voices. The hypocrisy is palpable when politicians at Christiansborg Palace (seat of the Danish Parliament) on several occasions have defended Rasmus Paludan’s public hate speech and burning of the Quran with “freedom of speech” as a pretext.

However, no one in the Danish Parliament preaches about “freedom of speech” when Muslims express themselves in a way that exposes the policies pursued and challenges the prevailing secular point of view in society.

Discriminatory laws, bans and mind control have defined the response in Danish politics to the Muslims’ upholding of their Islamic values, with legislative measures such as the ghetto package, the Imam law and the niqab ban, as well as tightening of the free school law as the clearest examples of this. While politicians demand Muslims’ loyalty to the constitution and Western ideals of freedom, one law after another is introduced which are in clear conflict with these and openly discriminatory against Muslims.

The double standards in the Danish Parliament will never end. The clichéd and cheap attacks on Hizb ut Tahrir by politicians across the wings just make the enormous weakness of the liberal Western culture clear to anyone.

Yes, once again we are witnessing the complete intellectual powerlessness of the country’s politicians, their cultural insecurity and spiritual poverty, in their attempts to find ways in which they can defeat the call to Islam.

The politicians’ aggressive reactions to Hizb ut Tahrir’s activities are signs of their massive frustration that the Muslim community will not give up their Islamic values ​​and that there are still plenty of Muslims who are active in carrying the Islamic call.

Prohibitions, intimidation and threats of deportation are resorted to only when one has lost the intellectual battle and is unable to respond to the arguments of the other party. It can therefore be stated that the politicians of Christiansborg have thrown in the towel and given up dealing with Islam’s irresistible thoughts and values ​​in an objective and decent way.

Islamic thoughts cannot be restrained, and Hizb ut Tahrir will relentlessly continue its Islamic political work. Christiansborg Palace’s cultural bankruptcy will only increase our drive to carry the call with even greater strength and motivation.