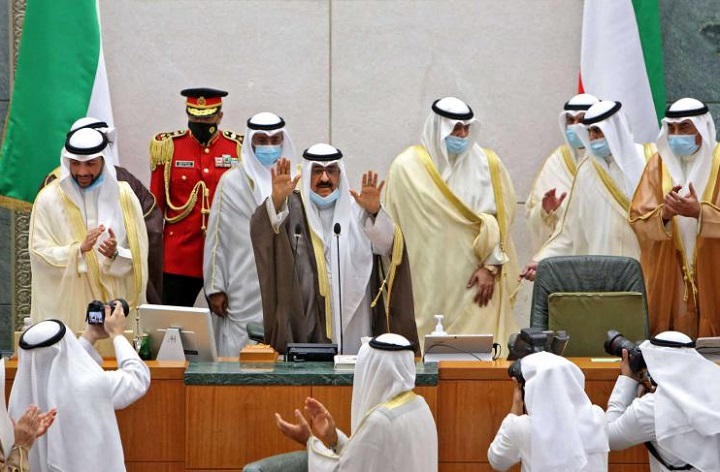 A royal decree was issued to dissolve the National Assembly and call again for elections. This scene has been repeated in Kuwait for decades. After the situation worsens between the two authorities, followed by parliamentary and popular tensions, and a political blockage that leads to disruption of the work of the Council and the government. And so forth without end.

In the meantime, people are preoccupied with the elections scene, and their conversations and expectations abound about what will result from them, and who is the most likely to lead the National Assembly, and to head the government and ministers, and they place hopes on their results so that someone who works to solve their problems will come.

However, the majority of people did not realize that the main problem is not with the prime minister, or the speaker of parliament or his deputies, or even with the single-vote election system or the civil ID. Rather, the main problem is with the democratic system that has been applied to them for decades. Because it is man-made.

The democratic system makes sovereignty for the people, not to the Shariah! Which means making the right to legislate for human minds that are deficient, helpless, and limited, and are affected by the environment and surrounding circumstances, and not to the Creator of human beings! It makes the opinions of the majority the criterion of correctness when solving problems, and not the Shariah rulings that solve all human problems!

“But whoever turns away from My Reminder will certainly have a miserable life,1 then We will raise them up blind on the Day of Judgment.” [TMQ Taha:124].

This verse is clear in its meaning for those who do not comply with the commands and prohibitions of Allah by applying the Shariah rulings; he has a hard life! The last of this Ummah will not be changed except by what the first of it was changed with. The Book of Allah and the Sunnah of His Prophet (saw).

The conditions of the country and the people will not be straightened except by rejecting the democratic system and establishing the system of government according to what Allah (swt) has revealed a righteous Khilafah (Caliphate) upon the method of the Prophethood. Through it Islam and Muslims are cherished, and people’s problems are addressed and their affairs taken care of according to Allah’s commands and prohibitions, and through which people are able to choose their ruler, and through which Allah’s Shariah can prevail.

“The only response of the ˹true˺ believers, when they are called to Allah and His Messenger so he may judge between them, is to say, “We hear and obey.” It is they who will ˹truly˺ succeed.” [TMQ An-Nur:51]