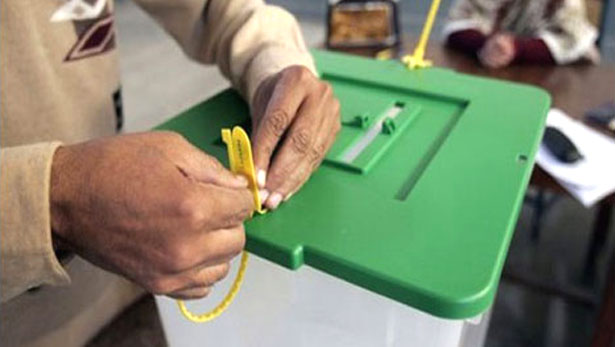 The prevailing realities of Afghan presidential elections have revealed that the majority of the people of Afghanistan have lost their confidence in democratic elections as most candidates have repeatedly warned of widespread corruption on the day of elections, as well as a large number of influential political leaders have kept asserting that, in such a critical situation, the peace process shall be prioritized instead of elections. On the other hand, the Taliban have angrily warned that they will disrupt the elections.

Given the prevalent mistrust and skepticism over elections, the democratic processes have constantly failed to a larger extent in Afghanistan. Even those who still induce the people to vote is either due to their personal, ethnic and monetary interests at the expense of the blood of the people, or is due to their ineluctability to choose between the ‘worse and the worst’; therefore, queuing by the polling centers is not caused by their belief in democratic values.

Indeed, the Afghan presidential elections bear a resemblance to the ash of fiery charcoal that has secured deep political impasse in its heart, as the people of Afghanistan will shortly feel its putrid smoke. It is crystal clear that they have experienced the most outrageous elections in 2009, 2014 and 2018. Because democratic elections are contrary to the values ​​of the Muslim people of Afghanistan that have always incited ethnic and regional strife as well as political instability; as a result of which, the people’s votes are overlooked, and they themselves are compelled to appeal the US to resolve their electoral dilemma.

Consequently, this round of elections will also lead to a crisis which do not secure a desired result. And if there is a winner, he will be someone who would indisputably put the US interests in his priority, particularly the US-Taliban peace process, and would also show readiness to step down and share the power if the US-Taliban-Afghans peace process is ever settled. So any ruler who comes out of this wrecked system will truly make the situation even worse in Afghanistan. Now, it must have been an appropriate time to question the people: “Has your vote ever been taken into account in this system, and will it be regarded in this round?”

We, consequently, inform you to avoid being stricken by the repetitively failed system, the bitter experiences of the past, and the precarious solutions of Democracy; and instead of which, refer to the splendid teachings of Islam, and stand with Hizb ut Tahrir’s intellectual and political struggle for establishment of the righteous Khilafah (Caliphate).