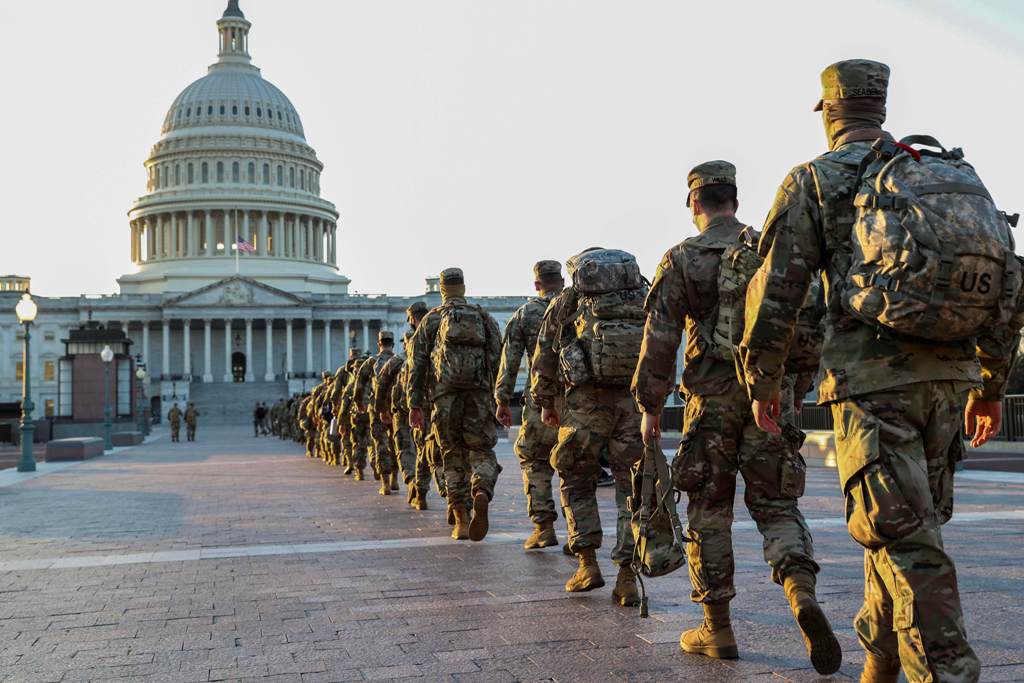 Ruling by the Revelation of Allah (swt), the Khilafah will Liberate Humanity from Democracy’s Oppression

The assault of the hooligan supporters of Trump upon the icon of Democracy, Capitol Hill, is representative of the sorry state of Democracy. The dramatic assault has exposed the false claim of those that still advocate Democracy, asserting that Democracy unites nations, allows peaceful transition of power, grants rights to all, protects the minorities, quells unrest, allows productive debate and is the pinnacle form of civilization. In the homelands of Democracy, white supremacist backed regimes are assuming power. In the standard bearer of Democracy, an unarmed Afro American citizen is choked to death by police, but the police are shy of halting a vandalizing hoard of violent white supremacists. As for the world’s largest democracy, the Hindu State, Muslims are systematically persecuted. As for the pioneer of Democracy, France, it cannot even tolerate the veil of a Muslim woman.

Democracy enslaves minorities to the desires of the majority, systematically oppressing the minorities through majority capture. As Democracy progresses, a small elite group captures the resources of the masses, under legal cover. In Democracy, to secure the majority vote, politicians adopt racism or ethnicity or sectarianism to achieve power, calling it populism. Through Democracy’s foreign policy, colonialism, Western states have exploited the resources of the world, creating a “Third World.” In Pakistan, through Democracy’s creed, secularism, religion is excluded from the public domain, deterring Muslims from fulfilling the commands of Allah (swt). In Pakistan, Democracy paves the way for colonialist exploitation, just as surely as dictatorship does.

Certainly, the failure of Democracy is a definite matter because it gives sovereignty for legislation to the limited human intellect, although sovereignty for legislation exclusively belongs to Allah (swt). Allah (swt) said in the Quran, يَا أَيُّهَا الْإِنْسَانُ مَا غَرَّكَ بِرَبِّكَ الْكَرِيمِ “O humankind, what has deceived you concerning your Lord, the Generous?” [Surah al-Infitar 82:6]. Allah (swt) has revealed a universal Shariah which guards the rights of every human being, irrevocable by human beings, no matter how numerous. Shariah is implemented by the ruling system of Islam, the Khilafah, upon all the citizens, devoid of any racism, sectarianism or nationalism. In the Khilafah, the elected Khaleefah takes the Bay’ah from the Ummah for implementing the Shariah of Allah (swt), striving to liberate the whole of humanity from the oppression of Democracy. Thus, in collaboration with the people of power in the Muslim armed forces of Pakistan, the Muslims must uproot Democracy and establish the Khilafah (Caliphate) on the Method of Prophethood, so that we gain goodness in both Dunya and Akhira.