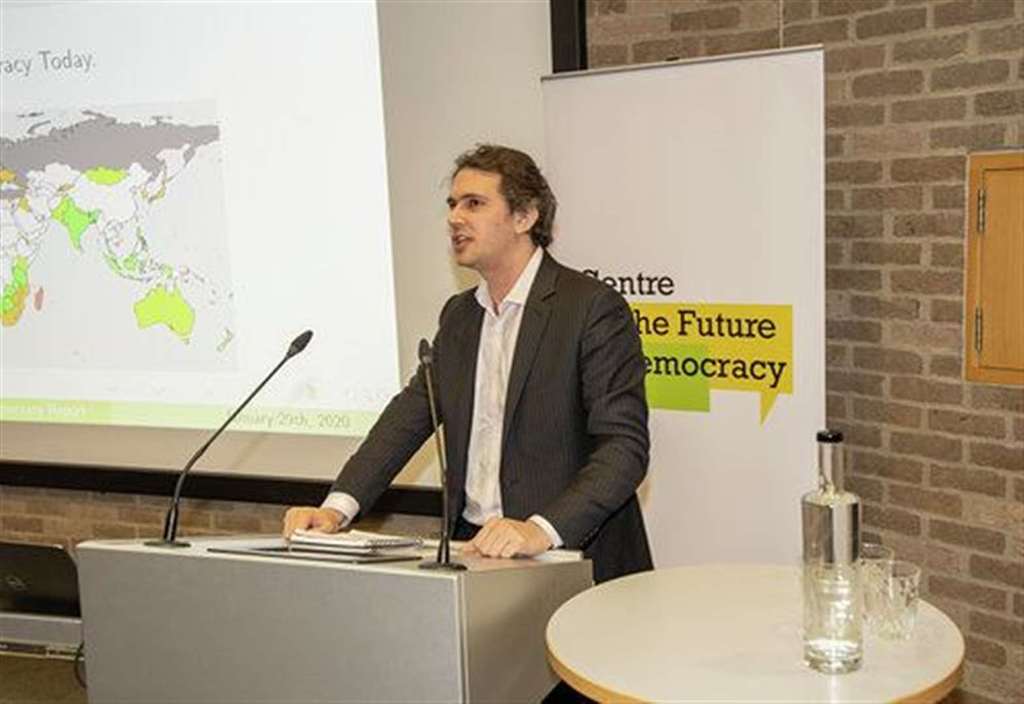 The populist leaders and their policies in Western countries have exposed democracy as the capitalist’s tool that it is. It has been useful to appease people’s desire for accountable government, while denying them any real accountability. It has served to quell dissent from the capitalist corporate tyranny, while offering false promises of change, yet delivering only more subjugation and subservience to an undeserving privileged elite. Now that the emperor has been fully exposed, truly having no clothes, the apologists wonder in amazement why ordinary people want it no more.

The University of Cambridge’s Centre for the Future of Democracy has found that the UK and US have particularly high levels of discontentment with democracy, reflecting a worldwide trend in so-called “developed” countries, where people were asked whether they were satisfied with democracy in their own country.

In Britain, the prime minister has promised tougher punishments for alleged terrorists, while the Home Office is stirring suspicion that even climate change activists may be extremists, deserving referral to the government’s failed Prevent policy. Is it any surprise then that people are seeing through the shallow veneer that the elite in Britain have used to divert attention from their policies that are driven only by avarice and greed?

The sick irony is that extremism is defined as an opposition to democracy, which has itself become the worshipped golden cow. British elite and their media apologists have attempted to label any complaint against their idol as extreme, radical and on a conveyor belt to violence. Mr Johnson even proposes that polygraph lie detectors be used on those convicted under the ever-widening terror legislation, to check whether they now truly desire to worship their democratic idol, as a condition of release.

The shrewd and cynical always knew, and now it has become obvious to all, that the capitalist elite cannot resist the urge to exploit such legislation for their own gain, effectively silencing any opposition to their privilege, which is in fact the real definition of extremism.

Muslims who offer Islam as a just and suitable alternative to secular capitalist democracy have long been the target of anti-terror legislation the world over. Will now the ordinary folk who are fed up with the falsity of democracy, who want a fairer world, become new targets for the rampant capitalists desperate to quieten any and every movement that seeks to take away their ill-gotten privilege?

This is the way of the corrupt, to draw attention away from their corruption, falsely accusing others instead. It was the way of the elite around Pharoah, who feared losing their privilege, and it is the way of the capitalists today. Allah says: وَقَالَ الْمَلأُ مِن قَوْمِ فِرْعَونَ أَتَذَرُ مُوسَى وَقَوْمَهُ لِيُفْسِدُواْ فِي الأَرْضِ وَيَذَرَكَ وَآلِهَتَكَ “And the eminent among the people of Pharaoh said,” Will you leave Moses and his people to cause corruption in the land and abandon you and your gods?’” [Al-A’raf: 127]

It is time for the Muslims to abandon the false dream of democracy just as most of the world now sees through its lie. Not only is democracy a man-made system, but it was made by a wealthy elite of men who only had protecting their interests and privileged position in society at heart. The so-called “rights” that democracy is supposed to afford the people are no more than illusions conjured up by the powerful to keep the ordinary people submissive.

Islam gives the people real fixed rights derived from the Quran and example of the Messenger (saw). The elected ruler is truly accountable by the people according to whether he adheres to the derived Islamic law or not. Allah is the creator of humankind, who says: أَلَا يَعْلَمُ مَنْ خَلَقَ وَهُوَ اللَّطِيفُ الْخَبِيرُ “Does He who created not know, while He is the Subtle, the Acquainted?” [Al-Mulk: 14]. And He Almighty says: وَمَنْ أَعْرَضَ عَنْ ذِكْرِي فَإِنَّ لَهُ مَعِيشَةً ضَنْكًا “And whoever turns away from My remembrance – indeed, he will have a depressed life.’” [Ta-Ha: 124]