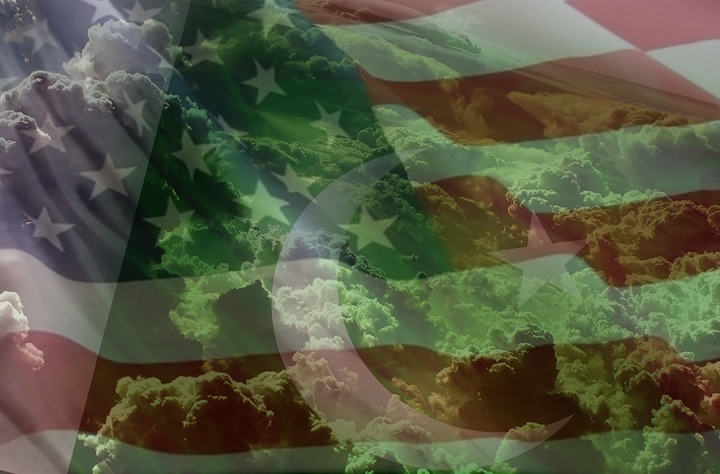 Pakistan’s deceptively independent Democracy, in fact, enslaves Pakistan to US interests through red-lines. Political leadership is only given as much space as the red-lines of the American agenda for the region, including Pakistan, allows. Any crossing of American red-lines, means government, media and public arenas are all violently closed off, with all rights brutally seized. Democracy fights any attempt at independence from colonialism. Indeed, real change is only possible through the divinely revealed method of the Prophetic Sunnah, by building a strong public demand for ruling by all that Allah (swt) has revealed, whilst the people of power, protection and war grant their Nussrah for its immediate establishment.

O Muslims of Pakistan! Change in Democracy is always superficial, because all major policies are decided by the United States. US policy is implemented by a select faction within the military leadership. Whilst this military faction acts as a guardian for American interests, room is given to any political leadership which is on the same page, scripted by Washington. Rallies, sit-ins and protests are within the tolerated styles, as long as red-lines are not crossed, by even so much as a word. As for elections in Democracy, they are a waste of effort, time and money, aimed only at building public trust in the new pro-American political leadership. This is why on 12 December 2012, before the 2013 elections, the then US Ambassador, Richard Olson, confidently declared, “Our horse is democracy.” O Muslims, real change will only come after ensuring the abolition of the imported system of Democracy, by striving for the establishment of the Khilafah Rashidah in its place. Real change will come the moment Pakistan’s armed forces stand with the Muslims, against the foreign colonialists and their domestic collaborators, by granting Nussrah for the re-establishment of the Khilafah Rashidah.

O Muslims of Pakistan’s Armed Forces, Retired Army Officers’ Organizations, Political Leaderships and those of Influence and Opinion! Democracy can give us nothing but humiliation and slavery. Democracy will never deliver independence from colonialism. Democracy ensures our geo-economic ruin at the hands of the IMF and FATF. Democracy saves the murderous Indian spy, Kulbhushan Jadhav, from execution. Democracy prevents the mobilization of our armed forces for the liberation of Occupation Kashmir, increasing Modi in his arrogance. Democracy ensured hired facilitation of the trapping of the Taliban, within web of the American order, through the Doha Accords. Democracy provided safe transit for the cowardly Americans, as they hurriedly retreated from Kabul. Democracy keeps ‘the Boulevard’ Air Line of Communication open, above our heads, so American military drones can ignite fires of Fitnah along the Durand Line.