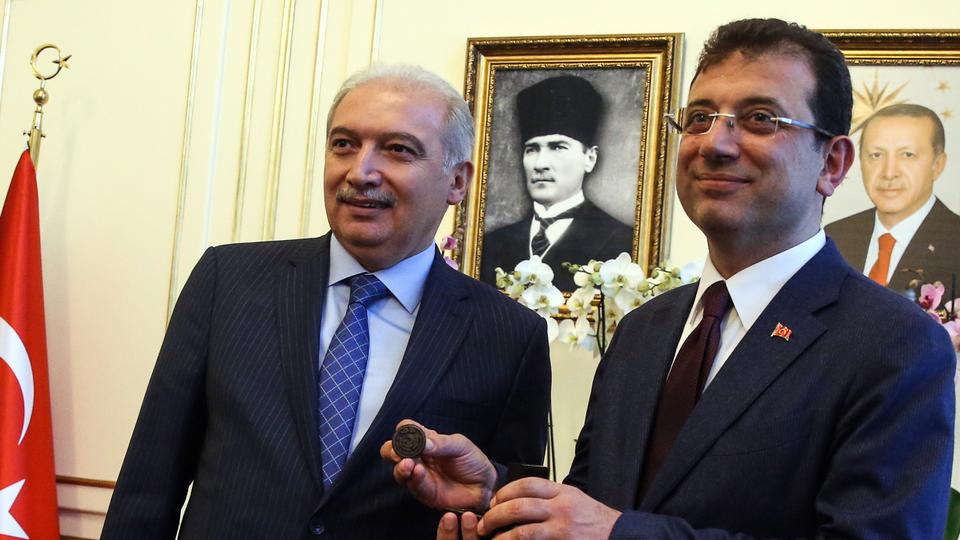 The Supreme Electoral Council cancelled the elections yesterday by accepting the splendid opposition of AK Party regarding the cancellation of Istanbul Metropolitan Municipality elections. The decision based on the irregularity claims on the balloting committee is passed by 7-4 majority. The re-election will take place on June 23, Sunday. The Supreme Electoral Council rejected the applications for the cancellation of the elections in the Büyükçekmece and Maltepe districts.

The American-led AK Party and MHP participated in the local elections on 31 March under the name of People’s Alliance, whereas the British-led CHP and IYI Party participated under the name of Nation Alliance. At the end of the election, AK Party has lost some major cities, in particularly Istanbul and Ankara. In contrast, CHP has won/gained some major cities, especially Ankara and Istanbul, which were ruled before by AK Party. The loss of Istanbul was a big surprise for AK Party, and it made an extraordinary application to the Supreme Electoral Council for the cancellation of the elections and the re-making of the Istanbul elections. On the other hand, the Supreme Electoral Council, which is actually under the control of the AK Party, decided to rerun the March 31 polls in Istanbul on 23 June.

After the cancellation of Supreme Electoral Council, different objections arose from both ruling and opposition parties. While Public Alliance demanded respect for the cancellation and re-election decision of the Supreme Electoral Council, firm criticisms came from the Nation Alliance regarding the decision. The CHP declared that this decision was purely political, that the judiciary was not independent, and that that was a blow against democracy. After this decision, the certificate of election was taken back from Ekrem Imamoglu, who was the candidate of the CHP and won the election by a few points. On the same day, when the Supreme Electoral Council decided to rerun the election, the message of the PKK leader and the long-standing prisoner Abdullah Öcalan through his lawyers was reflected in the press and a full perception operation was carried out on the society by the hands of the AK Party. This was a message regarding the re-elections on 23 June and addressed especially to the Kurdish voters. Because AK Party has lost the Kurdish votes in this election, it wants to gain them back again by manipulating the society through Abdullah Öcalan. We are going to see if this move of AK Party will make it gain votes on June 23rd. However, AK Party in general and Erdoğan in particular, have aimed to split up the Kurdish votes for HDP and CHP with this move.

At the same time, Erdoğan has aimed to reconcile with some communities, with whom he was estranged from before because of his statement of “Turkey Alliance”, and he has aimed to include them in this alliance. Consequently, Erdoğan does not see CHP’s Istanbul Metropolitan Mayor Candidate Ekrem İmamoğlu as a rival while making plans for 2023. This is because all segments of the society have shown favour to CHP’s candidate İmamoğlu, and the English have forced Erdoğan with such a candidate after a long time. As I stated before, President Erdoğan does not want to see any political rivals while heading towards the 2023 objectives. However, AK Party and in particular Erdoğan are losing blood and are weakening day by day.

On the other hand, these elections have shown once again what a lie the fitna of the century called democracy is. Because the will of the people which is an idea they bless, is ignored again, and the will of the politicians and their masters, which is the main issue, has shown up. In other words -as the phrase goes- the people is treated like dirt once again, and its will is thrown away. It is clear once again what kind of an empty and tricky word the philosophy of “Sovereignty rests unconditionally with the nation” is, which is blessed by democracy. Consequently, no matter who wins these elections, the winner of elections has always been democracy, and the loser and the deceived this Muslim people again. After all, it is the Kufr rules, that Allah is not pleased with, that are still being implemented in the society.