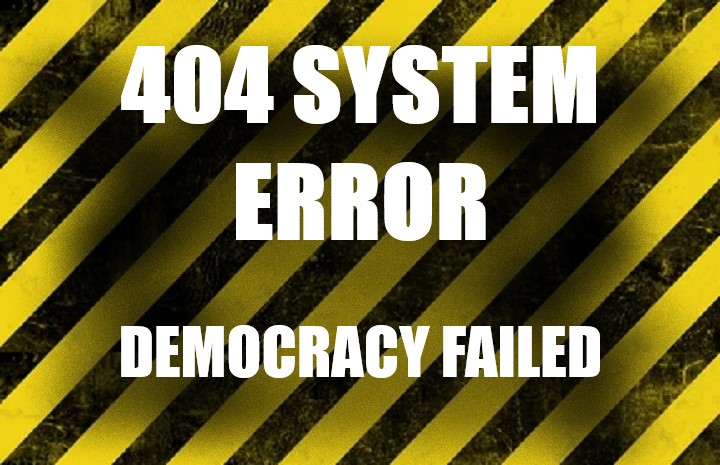 Democracy Neglects the Masses in the West

Wherever democracy exists, whether presidential or parliamentary, neglect and exploitation of the people by a small elite will always occur. It is a world-wide phenomenon that the richest people are those with access to political power in democracy, either directly or through sponsorship of politicians. Democracy was never meant to grant justice to the masses, and instead was conceived to concentrate power and subsequently wealth into the hands of a few. This is made clear in the following statement by Madison, the Founder of the American Constitution stated, “landholders ought to have a share in the government, to support these invaluable interests, and to balance and check the other. They ought to be so constituted as to protect the minority of the opulent against the majority.” The famous Democrat, Robert C Byrd, lamented of his democratic country as “an administration of the wealthy, by the wealthy, for the wealthy…Today I weep for my country”. In modern democracies, land owners have been replaced by the corporate businessmen, industrialists, property owners and families already in politics predominate.

Democracy Ensures Concentration of the Wealth in an Elite

The concentration of wealth in these hands is legalized through man made legislation under democracy. The political families make wealth because they have usurped from society sources of huge revenue. Specifically, the predominately state properties and public properties, such as large scale arms manufacture, banking and energy industry. This is why in America, Britain and France, there are ruling dynasties of large capitalists. There is an immense concentration of the wealth, such that ninety per cent of the wealth is concentrated in the hands of less than five per cent. In India democracy has been uninterrupted for over seventy years, with the result of an extremely wealthy Brahmin elite with masses that are driven to suicide because of poverty, to the order of hundreds of thousands. Democracy is the best system that money can buy, so the costs of elections have escalated to enormous levels.

In Pakistan too, politicians spend tens of millions of Rupees as an investment to increase their wealth immensely. So as it is true to say regarding democracy that “Power corrupts and absolute power corrupts, absolutely.” Democracy is the reason why Pakistan is a wealthy country, but poor people and political parties, but immensely rich political and military elite. Over seven decades, legislation has secured the ownership of public and state properties by a small elite. Using democracy, they make laws that are preferential for their personal business interests, in addition to securing their assets from taxation. In addition to securing their own wealth, this elite are allowed by democracy to secure the interests of their foreign masters and sponsors, usurping the rights of society. So, thanks to democracy, the traitors within the military and political leadership amass huge wealth during their tenures, as well as plunging Pakistan into economic misery and foreign policy humiliation for the sake of their Western masters.

It is nonsense to say that democracy should be given time to do its job, because in fact it is already doing its job, which is securing a small elite, whilst depriving the masses. It is wishful thinking for hoping for any change through this system, even if another dozen elections took place. When this democratic elite show their faces for a few weeks during elections, having robbed the people of great wealth for years, they will point to a few road constructions or schools to secure our votes for another term of plundering. So, of course the Western nations would enthusiastically support and generously fund democracy in Pakistan. Democracy provides the West with an uninterrupted supply of corrupt traitors who secure legislation for the colonialist interests, whilst democracy also keeps the Muslims downtrodden and destitute, restricted in their ability to rise up against the system. If any Muslim does vote, he votes for the “best of the worst,” choosing the big thief over the even bigger thief.

Khilafah Secured the Need of Muslims and Non-Muslims for Centuries

The Islamic Ummah’s will is for an Islamic system. Unlike Christian states, the Islamic state did not oppress the people and deprive them of their rights. For centuries the Khilafah (Caliphate) was a beacon for humankind, whether considering industry, agriculture, medicine, science, rights of human-beings regardless of religion, school of thought and gender. It was a sanctuary for the world’s refugees, such as the Jews who fled persecution at the hands of the Christians in Spain in the Fifteenth Century CE. Thus, unlike the Christian peoples, there is no need for the Muslims to settle for democracy as an alternative to corrupt religious or theocratic rule. As is evident in recent years, the Ummah is seeking the implementation of Islam and the return of the Khilafah.

Khilafah Secures the Interests of All the People, Regardless of Race, Religion or Gender

Islam cuts the cause of neglect of the people’s affairs, which is democracy. The Muslims believe in La Ilaha ilAllah which means that Allah (swt) Alone defines what is right and wrong. Whereas in democracy, like dictatorship, it is built on La ilaha Il Insaan, there is none worthy of worship but human-beings. The human mind is used as the source of what is right and wrong, despite its limitations in knowledge, error in judgment, inability to be selfless and contradictions. So human-beings have been able to legalize oppression over others by making laws to secure it.

Thus, democracy gives human-beings the choice to obey Allah (swt) or disobey Him, whereas in the Khilafah, Muslims live according to the commands and prohibitions of Islam. Allah (swt) has revealed,

Whereas in democracy, assemblies of men and women as sovereign, choose laws according to their whims and desires. In the Khilafah, the Muslims will act only for the pleasure of Allah (swt). Allah (swt) said,

“And judge between them by what Allah has revealed, and do not follow their desires, and beware (O Muhammad) that they might seduce you from some of what Allah has sent down to you.” [TMQ Surah Al-Maaida 5:49].

By abolishing democracy, the Khilafah ensures equity and justice for all the citizens. As Hizb ut Tahrir has stated in its Introduction to the Constitution of the Islamic State, in Article 1, “The Islamic creed constitutes the foundation of the State. Nothing is permitted to exist in the government’s structure, accountability, or any other aspect connected with the government, that does not take the creed as its source” and then further clarifies, “nothing connected to the Constitution or cannons, is permitted to exist unless it emanates from the Islamic creed.”

Only Once Democracy is Abolished, Will Checks and Balances Have Value

Only once democracy is abolished, will checks and balances have value. Otherwise these checks and balances are only for securing the rights of the elite to oppress the people more and more. As for checks and balances in the Khilafah, they all ensure that Sovereignty is for Allah (swt) alone. Islam puts the essential duty of accountability on the Ummah; the Ummah is the first and last check to protect the Islamic State. The Ummah supports the Khalifah, but if he strays from Islam the Ummah must account him, and if he openly abandons Islam he must be confronted and removed. It came in the hadith of ‘Ubadah ibn As-Samit in the Bay’ah (بيعة Pledge):

“And that we must not contest the people concerning their authority, unless you see saw Open Disbelief (كفر بواح Kufr BawaH), you have Burhaan about it from Allah.” [Al-Bukhari]

“And if you disagree over anything, refer it to Allah and the Messenger, if you should believe in Allah and the Last Day.” [TMQ Surah An-Nisa’a 4:59].

As mentioned in Hizb ut Tahrir’s Introduction to the Constitution of the Islamic State, Article 24, it is stated “The Khalifah is the representative of the Ummah in exercising of the authority and in implementing of the Shari’ah.” The Madhalim Court has also been defined by Islam to investigate any failings in ruling that may occur by the Khalifah or his governors. The Court can investigate pro-actively any perceived harm, and does not have to wait for a complaint to be raised before initiating an investigation. In the Introduction to the Constitution of the Islamic State, Article 41, it clearly mentions that the Madhalim Court “is the only authority that can decide whether the change in the situation of the Khalifah removes him from the leadership or not, and it is the only authority that has the power to remove or warn him.” And in Article 87, “is appointed to remove all injustices which have been inflicted upon any person who lives under the authority of the State, irrespective of whether the person is from the subjects of the State or not, and irrespective of whether the injustice was committed by the Khalifah or anyone below him from the rulers and civil servants.” Also the Khalifah is not allowed to interfere in the accountability process, if he himself is under investigation, meaning that Islam has not permitted the Khalifah to remove the Madhalim judge that is investigating him, as mentioned in Article 88, “The judge of the Court of Injustices (Madhalim) is appointed by the Khalifah, or by the Supreme Judge. His accounting, discipline and removal are done by the Khalifah or by the Supreme Judge if the Khalifah had given him the powers to do so. However, he cannot be removed during his investigation of a Madhlamah against the Khalifah, or the executive assistants, or the Supreme Judge; rather the power to remove him in these circumstances is for the Court of Injustice Acts (Madhalim).”

The Council of the Ummah

Shariah has granted permission to choose representatives for taking care of the affairs of the Muslims. The Messenger of Allah (saw) said on the occasion of the Second Bayah of Aqabah,

“Bring out to me twelve leaders that they may take charge of their people’s affairs.”

The elected members of the Council of the Ummah provide another means of ensuring that Sovereignty is for Allah (swt) Alone. It is consulted by the Khalifah on various issues including the appointment of Governors and assistants. As mentioned in the Introduction to the Constitution of the Islamic State, Article 105, “The individuals who represent the Muslims’ views to the Khalifah are the Ummah Council, and the individuals who represent the people in the provinces are the Provincial Councils. It is permitted for non-Muslims to be members in the Shura council for the sake of raising any complaints against any oppression by the rulers or misapplication of the laws of Islam.” This is one of the specific duties of the Council of the Ummah, mentioned in Article 111, “The Council has the right to hold the Khalifah accountable for all matters that took place effectively within the State, whether these were related to domestic or foreign affairs, financial affairs, or military matters”, also “has the right to express discontent of the assistants, governors or the ‘amils. Its opinion in such a case would be binding and the Khalifah should dismiss them at once”. Independent media will also provide scrutiny of the Government.

Political Parties Based On Islam

“Let there arise from amongst you a group that invites to all that is Good (Islam), enjoins the Ma’roof and forbids the Munkar. And these are the successful ones.” [TMQ Surah Aali Imran 3:104]

Political parties that are based on Islam are another of source of guidance and accountability for the Khalifah. In the Introduction to the Constitution of the Islamic State, Article 21, it is stated, “The Muslims have the right to establish political parties in order to account the rulers or to reach the rule through the Ummah on the condition that their basis is the Islamic ‘Aqeedah and that the rules they adopt are Shari’ah rules. The formation of a party does not require any permission. Any group formed on an un-Islamic basis is prohibited.”