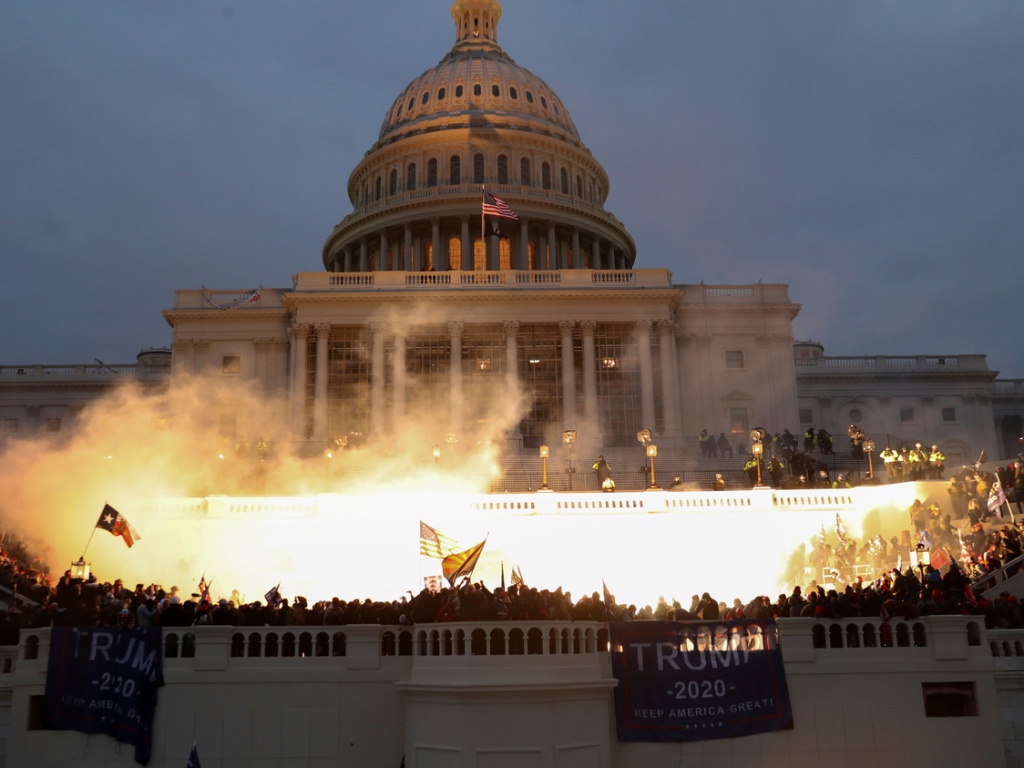 What the world witnessed today was a fundamental breakdown of leadership and a failed system that cares more about political gain than taking care of the affairs of the people.

This incident exposes the institutional failures of the America system at all levels:

We must realize that Trump is America – he is not an aberration. Trump is the outcome of the corrupt American system of democracy, secularism and capitalism that continues to deny justice and betrays its responsibility of taking care of the affairs of its people.

Decades of political apathy has now exploded into mistrust of the system and the breakdown of a divided society. America is a divided nation across political, economic, racial and cultural lines and is coming apart at the seams.

American democracy is damaged in the eyes of its people and the world. It is a ’banana republic’ in the making much like what it has created in different parts of the world. As they say, “the chickens have come home to roost.”

It’s time the world embrace an alternative system. Islam offers that alternative. The Islamic civilization implemented by the Khilafah State (Caliphate) had a track record, second to none, in uniting people from multitudes of races and ethnicities, uplifting them from poverty, providing them dignity, healthcare, peace, security and above all justice. Billions of people across the world are need of a system that has a Divine mandate to take care of their affairs.

He it is Who has sent His Messenger with guidance and the religion of truth (Islam), that He may make it (Islam) superior over all religions. And All-Sufficient is Allah as a Witness.  [Al-Fath: 28]