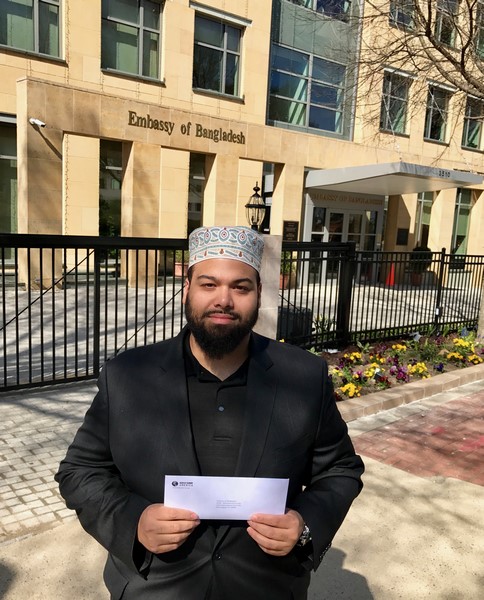 Hizb ut Tahrir / America sent a delegation to Embassy of Bangladesh in Washington D.C. to demand the immediate release of two brave women who are imprisoned in Bangladesh.

On April 10, 2017, a delegation from Hizb ut Tahrir / America went to the Bangladesh embassy to deliver the press release from Hizb ut Tahrir / Wilayah Bangladesh demanding the immediate release of two females whose family members are party activists. One of the brave women was supposed to be freed after making bail, but she was thrown back in jail after she was supposed to be set free. The regime is trying to intimidate the brave men and women who work day and night to resume the Islamic way of life.