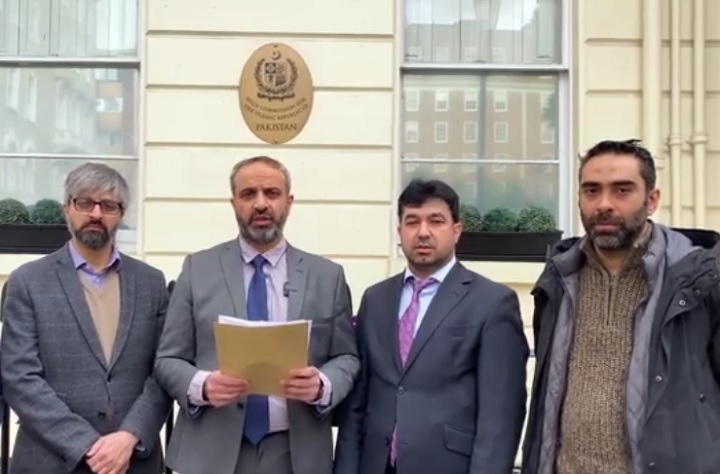 In the light of the atmosphere in The Blessed Land of Palestine from continuous assaults by the usurping Jewish entity against the blessed Masjid Al Aqsa as well as the continuous siege and bombardment of the Gaza Strip that has been going on for 15 years. Hizb ut Tahrir Britain sent during the past week various delegations to the embassies of the existing regimes in Muslim countries, such as the embassy of the Jordanian regime, the embassy of the Pakistani regime and the embassy of the Turkish regime, and demanded, through an official letter signed in the name of Hizb ut Tahrir Britain, to mobilize the armies to liberate the Blessed Land – Palestine and to sever all existing relations with the occupying Jewish entity, and to reject international laws and United Nations resolutions that were issued only to consolidate the survival of Jewish entity.