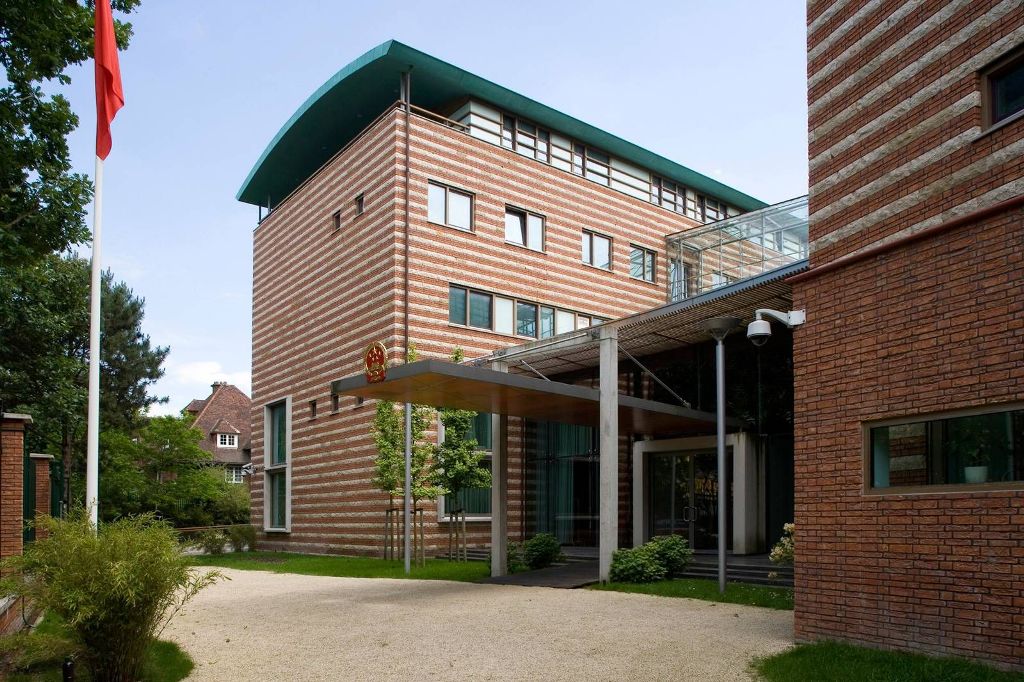 Hizb ut Tahrir / The Netherlands sent a delegation to the Chinese embassy in The Hague today as part of a world-wide campaign of Hizb ut Tahrir, the visit revolved around condemning the oppressive policy of the Chinese regime against Uighur Muslims in East-Turkestan.

The delegation wanted to hand over an official letter which was declined by the representatives of the tyrannical regime. In fact, the police were called to question us. However, we did not expect a regime that imprisons millions of innocent men, women and children in concentration camps to have civil conversation with us. As we speak, an ethnic cleansing is taking place in East-Turkestan. The Muslims are forced to distance themselves from their religion and the entire international community watches idly how the Chinese authorities systematically oppress the Uighur Muslims.

Our message is clear; it might be that the Uighur Muslims have been forgotten due to economic reasons or due to other interests, but we ensure them that the Muslim Ummah will never ever forget the suffering that has been imposed on them. We therefore call upon the Muslim Ummah to unite under one Islamic leadership (Khilafah), to join forces so that we are once again capable to come to the assistance of both oppressed Muslims and non-Muslims.