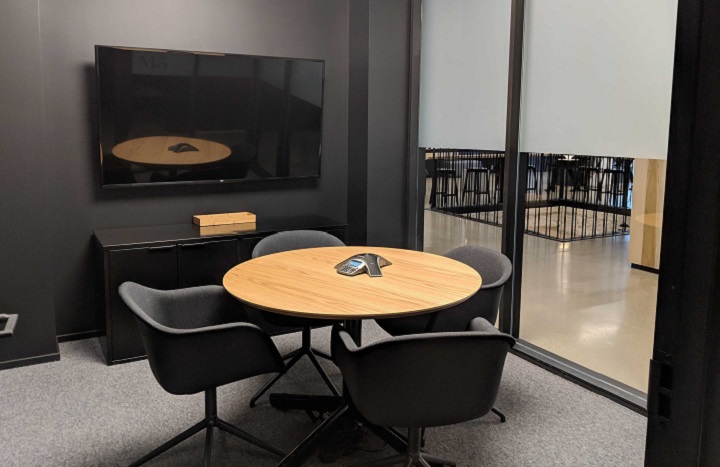 In the context of Hizb ut Tahrir’s campaign in Wilayah of Lebanon regarding the danger of the authority’s path in the International Monetary Fund (IMF) project, and with the approaching elections, a delegation from the party headed by Ustadh Fawaz Al-Dhahab, Ust. Jamal Al-Zou’bi, and Br. Ahmad Al-Abdullah, representatives of the party’s Central Communications Committee in Wilayah of Lebanon and the Activities Committee in the city of Tripoli, they visited the candidate for the Sunni seat in the city of Tripoli, Abdel Aziz Al-Tartousi.

The discussion was on the IMF and the concerns of the people’s livelihood.

The delegation stressed the danger of Lebanon entering in the IMF system on the people of Lebanon and the further suffering from scourge and poverty that it would cause them, and the dependence of the political class and those who succeeded them on the major powers that dominate the Fund, and on the political decision in the country.

The delegation also stressed the role of employees in public affairs, scholars and sheikhs in demonstrating the danger of this step that the government is taking the people towards, as being a declaration of war from Allah (swt) and His Messenger (saw), because the IMF is interest-based (riba) and imposes oppressive conditions upon people that in which people taste bitterness in their living conditions.

In turn, the candidate for the parliamentary elections, Abdel Aziz Al-Tartousi, stressed the importance of this issue, and the necessity of warning against it because it constitutes a perpetuation of the state of corruption in the country, and the resulting humiliation and impoverishment of the people of Lebanon. Al-Tartousi also stressed the prohibition of dealing with the IMF, and the importance of warning against it, and that he stands against any decision or project carried out by the government in violation of the rules of Sharia law.

At the end of the visit, the delegation presented a brief study prepared by the Central Communications Committee and the Activities Committee in Wilayah of Lebanon on the International Monetary Fund; its conditions and dangers, and some detailed solutions to get rid of this Fund, and the radical solution of joining Lebanon with its surroundings, Ash-Sham, and with the Ummah in the project of the second Khilafah Rashidah (rightly-guided Caliphate) on the method of Prophethood, which encompasses all the political, economic and social capabilities of the Islamic Ummah.