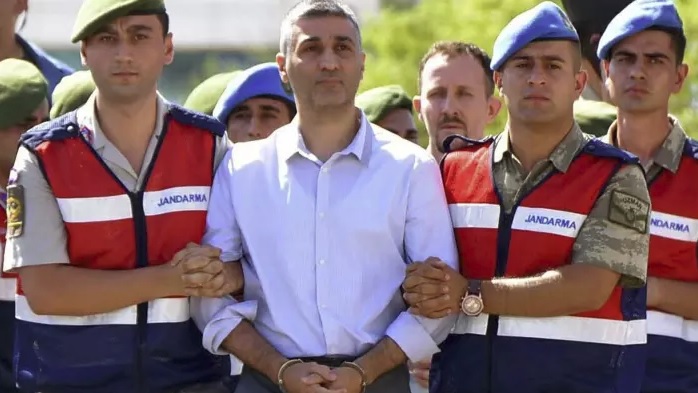 Yesterday, 21 people out of 103 accused of the February 28 case were sentenced to life imprisonment with hard labor for participating in the campaign to forcibly overthrow the government of the Republic of Turkey. But because of the health and age conditions of the defendants who were convicted of this decision, they were not detained. For this, we remind the Authority and public opinion of the following points:

We in Hizb ut Tahrir Wilayah of Turkey call unto the government and the public opinion clearly, that we have never been silent on the injustice of any government and will not be silent. We will remain the protectors of Islam against those who destroy it in the name of reform and modernization, and we will continue uninterruptedly to work through the political and intellectual perspective, to resume the Islamic way of life. Do not forget that the unjust judicial decisions that you have taken against us will remain as unjust and a burden on your necks, and Allah is sufficient for us in what we endure of harm in the path of resuming the Islamic way of life and establishing the Khilafah Rashidah (righteous Caliphate) on the method of Prophethood.