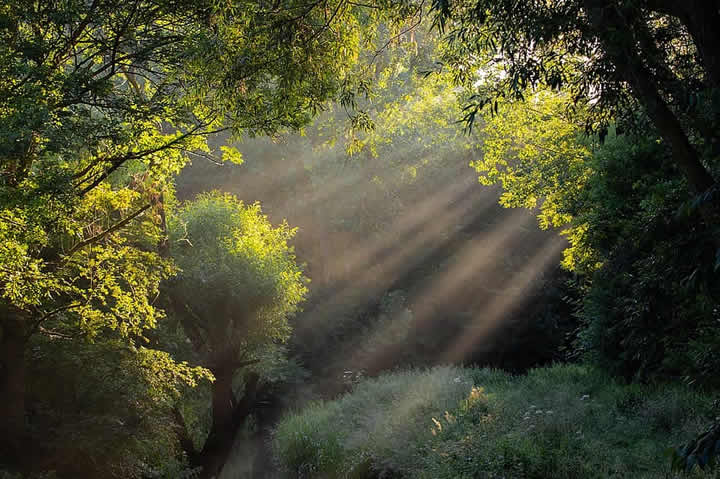 “Each of your breaths is a priceless jewel, since each of them is irreplaceable and, once gone, can never be retrieved. Do not be like the deceived fools who are joyous because each day their wealth increases while their life shortens. What good is an increase in wealth when life grows ever shorter? Therefore be joyous only for an increase in knowledge or in good works, for they are your two companions who will accompany you in your grave when your family, wealth, children and friends stay behind.” (Imam Al-Ghazali).

In a world where materialism, one of the toxic fruits of Capitalism, has become a yardstick to measure one’s success in this life, the depth of the message above is truly intense. It helps the one who reads it to instantly understand their true purpose on this earth as it tells us that this life will inevitably end and that the way we have lived this temporary voyage will determine how successful we will be in the hereafter.

To attain this success we need to understand the reason for us living this life. Allah (swt) created us and the universe around us, so that we should live here for a period of time. He didn’t leave us alone but sent us guidance through Prophets with His Message. He defined for us the life we should lead but gave us free will to decide whether to follow that guidance or not. Warning us that when this life ends, we will return to Him and there will come a day on which He will inform us of the good and bad we did during our journey and that we will be rewarded or punished according to it.

Keeping focussed on the most important goal in life hasn’t become easier since the fall of the Khilafah (Caliphate), our greatest protection, the authority of Islam. The state which provided the Islamic environment and protection within society in such a way that those living under it would be reminded of the most important goal in life through everything that surrounds them. And where there is an atmosphere of obeying the commands of Allah and abstaining from the prohibitions at all times whilst hastening the adherence of good deeds and avoiding the evil.

So what can help us stay focussed on attaining the pleasure of Allah according to the following verse:

“The only saying of the believers, when they are called to Allah (His Words, the Qur’an) and His Messenger, to judge between them, is that they say: “We hear and we obey.” And such are the prosperous ones (who will live forever in Paradise). And whosoever obeys Allah and His Messenger, fears Allah, and keeps his duty (to Him), such are the successful ones.” [Surah An-Noor 24:51-52].

Whilst living in societies derived of any guidance from the Creator and where it has become increasingly more difficult to hold on to His Deen, how do we stay mindful of Allah and committed to perfecting His orders and not become content with the status quo?

For this, Allah provided us with the beautiful concept of Ihsan to help us achieve this.
Ihsan in Arabic is linked to the English words of beautification, perfection, or excellence. It is derived from the verb ‘ahsana’, which means doing things better and in an excellent manner.

Our beloved Prophet Muhammed (saw) explains the way to attain Ihsan in the following hadith:

Jibraeel asks what Ihsan is. The Prophet (saw) replies:

«أَنْ تَعْبُدَ اللَّهَ كَأَنَّكَ تَرَاهُ فَإِنْ لَمْ تَكُنْ تَرَاهُ فَإِنَّهُ يَرَاكَ» “It is to worship God as though you see Him, and if you don’t, then at least (know) that He sees you.”

This is such a simple, but at the same time, deep statement. What does it mean to worship Allah as if we see him?

Being aware of Allah (swt) whilst performing an action makes you fully comprehend your position with God. It strengthens your relationship with Allah in a manner that your deeds will be in line with His wishes (commands).

A commentary on the definition of Ihsan from the Hadith of Jibraeel states: “An act cannot be beautiful if it is done without the awareness of God. God is the criterion for the beautiful, the good and the right”.

Furthermore, dealing with this world whilst our hearts are aware of the presence of Allah gives us an understanding that takes us beyond the limits of this physical world. It raises awareness of the true greatness of Allah and that everything is in His power. This understanding is the unbreakable strength which provides the believer with Tawakkul. It provides the believer trust in Allah and confidence in His Plans no matter what is happening in the physical world. It helps us stay committed to his command in a way pleasing to Allah (swt) no matter of what is happening.

(فَإِذَا عَزَمْتَ فَتَوَكَّلْ عَلَى ٱللَّهِ إِنَّ ٱللَّهَ يُحِبُّ ٱلْمُتَوَكِّلِينَ) “So when you have made your decision, then put your trust in Allah.” [TMQ 3:159].

Consequently, Ihsan, the awareness of the presence of Allah, will make us confident in holding on to Islam and standing up for Islam. We will not only be able to refuse making compromises for worldly issues, such as a job which involves compromising the way we dress. We will also be able to free ourselves from the shackles of tyranny and work for the return of the Khilafah our greatest protection. As with Ihsan -the awareness of the presence of Allah – comes knowledge beyond the physical world and the knowledge of the unseen. This will help us embrace fully that only Allah (swt) controls our Rizq (provision) and our Ajal (life span).

It is reported that Khalid b. Ma’dan – may Allah have mercy on him – said:

“There is not a person except he has four eyes: two in his head with which he sees the matters of this worldly life, and two in his heart with which he looks to the matters of the hereafter. So if Allah wants good for his servant, He opens his heart’s eyes, and so he perceives what he has been promised in the unseen world. Thus he is saved from the unseen [punishment] through the unseen [reward for the obedient].” [Al-Dhahabi, Siyar A’lam Al-Nubala’ 4: 543]