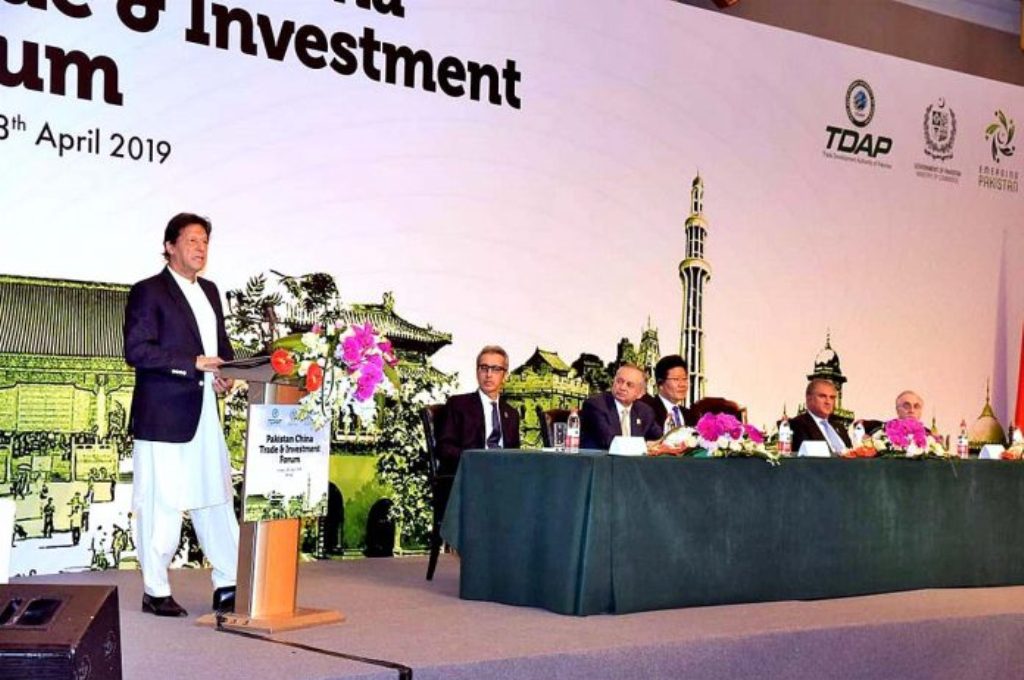 Whilst China forces the Uighur Muslims to eat pork and drink alcohol in concentration camps, on 12 July 2019, the Bajwa Imran regime signed a letter with 36 other governments, praising China for its “remarkable achievements in the field of human rights.”

The Bajwa-Imran regime supports and allies with China, deaf to the cries of the Muslims of Chinese occupied East Turkestan (Xinjaing) even though Allah (swt) said, إِنَّمَا يَنْهَاكُمْ اللَّهُ عَنْ الَّذِينَ قَاتَلُوكُمْ فِي الدِّينِ وَأَخْرَجُوكُمْ مِنْ دِيَارِكُمْ وَظَاهَرُوا عَلَى إِخْرَاجِكُمْ أَنْ تَوَلَّوْهُمْ وَمَنْ يَتَوَلَّهُمْ فَأُوْلَئِكَ هُمْ الظَّالِمُونَ “Allah forbids your alliance with those who fight you because of your Deen, and drive you from your homelands, or aid others to do so: and as for those who turn to them in alliance, they are truly oppressors.” [Surah al-Mumtahina 60:9].

The regime refuses to condemn the Chinese war on Islam for the sake of economic deals, even though these deals are digging Pakistan into a deep hole of debt and compromise of its sovereignty. At a time that the lion’s share of Pakistan’s budgetary expense is on interest (Riba), in May 2019, the Bajwa-Imran regime finally disclosed that of a total debt of $8.6 billion taken in the proceeding ten months, a staggering $6.5 billion is debt to the Chinese, including a high interest $2.24 billion commercial loan from the Chinese Development Bank. Thus, whilst strengthening the hand of the Chinese oppressor, it is granting the Chinese a way to undermine Pakistan’s sovereignty, following the humiliating path of Sri Lanka which was first drowned in debt and then forced to compromise on its sovereignty to the extent that China Merchant Ports Holding now owns 70% of its strategic Hambantota Port.

The Bajwa-Imran regime is deaf and blind to the needs of the Muslims and the requirements of their great Deen. Arrogant in defiance of the commands of Allah (swt) and His Messenger ﷺ, the Bajwa-Imran regime seeks rivers of milk and honey from a Chinese disbelieving nation that is no less in its enmity to Islam and Muslims than the Western colonialists. Taking guidance from the nations of Kuffar, over the Quran and Sunnah, the regime is crushing Pakistan under the rock of Chinese colonialism, as if it’s crushing Pakistan under the rock of Western colonialism were not enough. Indeed the Muslims are sorely feeling the loss of their shield, the Khilafah, ruling by all that Allah (swt) has revealed. It was the Khilafah that sent its lion, Qutaybah bin Muslim, who vowed that he would enter the land of China. Shaken by the might of the Khilafah, the Emperor of China sent Qutaybah Chinese soil so he could maintain his vow by standing upon it and gave Jizya to the Khilafah, in their state of humiliation. And it will be the Khilafah (Caliphate) on the Method of the Prophethood that will soon, inshaaAllah, avenge the oppressed Muslims wherever they are found, be it in East Turkistan, Myanmar, Kashmir, Palestine or other Muslim lands.