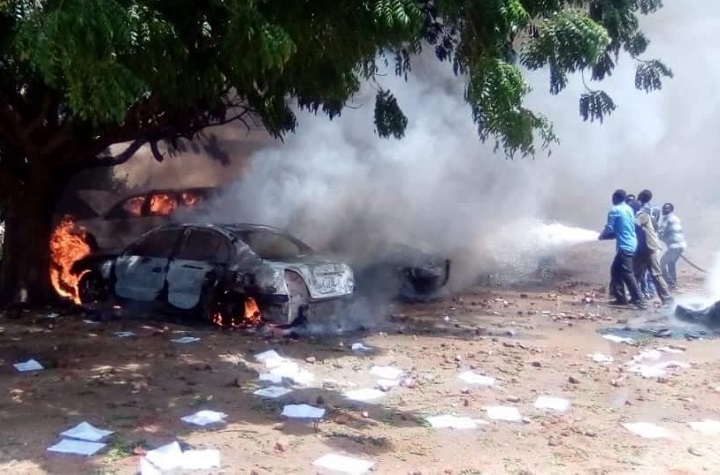 News from Zalingei, the capital of Central Darfur state, reported the death of a university student and the injury of nine others, three of whom were said to be in serious condition. They were shot by security forces in the government secretariat. The university administration stated that the students organized a protest and tried to open a gate after they made demands to the deanship to open another gate because of the distance between the university and the student’s housing, but it was delayed, due to slowness of the procedures, and that events developed after the students went to the state’s government secretariat, so they were heavily shot by the security forces inside the secretariat building!

This incident, which began with a small demand, namely to open a gate, and then developed into protests due to the procrastination of officials and their slackness in implementing what is required, clearly shows that the government and its officials do not care about the interests of the people or their comfort, even if the matter is simple and they can do it, however, they can shoot protesters, and kill free of charge just to protect themselves, or what they say are properties. So, which is more important for protection and maintenance, the lives of the people or the property of the rulers?!

What happened in the city of Zalingei is not new to these man-made regimes, especially this regime that killed dozens in cold blood, and until today, the killers who shed the blood of innocents during the Eid al-Fitr stance have not been punished, and in that there is no difference between them and their predecessors who remained in power over the body parts of Children, women and the elderly. The only language that these man-made regimes master is the language of shooting to death anyone who protests and demands a service that is originally a duty on the rulers to perform without resorting to protest.

It has become clear that there is no difference between the defunct regime and the current regime in terms of bloodshed, consuming people’s money unlawfully and oppressing them, killing the poor by starvation and disease, and whoever did not die of hunger and disease was killed by live bullets. What a difference between their end that justifies the means; killing, and Allah Almighty’s saying:

“But whoever kills a believer intentionally – his recompense is Hell, wherein he will abide eternally, and Allah has become angry with him and has cursed him and has prepared for him a great punishment”]An-Nisa: 93[. And the saying of the Messenger of Allah (saw): «لَزَوَالُ الدُّنْيَا أَهْوَنُ عَلَى اللَّهِ مِنْ قَتْلِ رَجُلٍ مُسْلِمٍ»“The demise of the world is lesser to Allah than the killing of a Muslim man.” and his saying (saw): «لاَ يَزَالُ الْمَرْءُ فِى فُسْحَةٍ مِنْ دِينِهِ مَا لَمْ يُصِبْ دَماً حَرَاماً»“A believer continues to guard his Faith (and thus hopes for Allah’s Mercy) so long as he does not shed blood unjustly”.

Nothing will remove the people of this infernal spiral except a state that works to take care of their affairs and seeks their comfort, a state that operates according to the systems of the Lord of the Worlds, a state that serves the ummah, and is neither tax collector nor domineering over them, it is the state that is founded on the Aqeedah of the Ummah, the Khilafah Rashidah (rightly guided Caliphate) on the method of the Prophethood. This is what the Ummah must work to establish it so that we can get out of the series of killing by starvation, disease or by shooting.