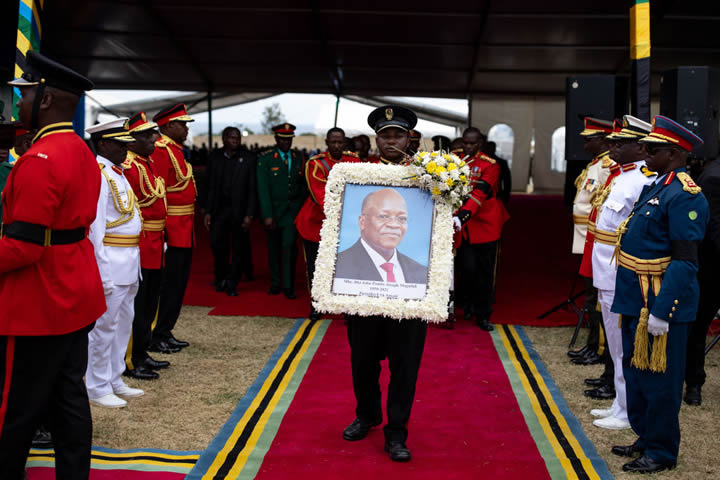 Comment:
Previous regime enjoyed high glorification and adoration from some to the extent that the late president was branded “hero of Africa”. However, soon after his demise, things revealed and proved opposite cements the fact that democratic system and its adherents are corrupt and liars.

All these reveal a huge government squandering of billions of shillings through dubious deals and transactions, such as illegal procurements and misappropriation through the country’s treasury that were kept hidden during previous regime. The government that was branded itself as a corruption fighter seemed to go nowhere, similar as before, or even worse.

Furthermore, there were reports of many suspicious killings and disappearance that took place, for instance, finding dead bodies along Coco Beach in Dar es Salaam during 2017, and Pwani (Mkuranga, Kibiti, Rufiji), killings as well as disappearances of many people.

All these reveal the evil and corrupt reality of democratic political system whereby people were consumed with lies and false expectations.

The nature of all democratic politicians is to utilize the government to enrich themselves from public funds in the name of serving the people. They neither care being accounted by people nor by Allah, since in reality their secular thought has no concern of the Guidance of Allah.

In Islam, politics is taking care of the people and is a huge trust that a politician has to be monitored by ordinary people, and a strong institution of the Court of Injustice (Mahkamatu Madhalim) above all he/she would be harshly accounted in Hereafter. Thus, in Islam politics is not a beneficiary business but is a burden that needs to be carried out with a fear of Allah (swt). It is natural then under Islamic rule of Khilafah Rashidah (rightly guided Caliphate), a messy of graft and corruption would not exist as in the capitalist system today.