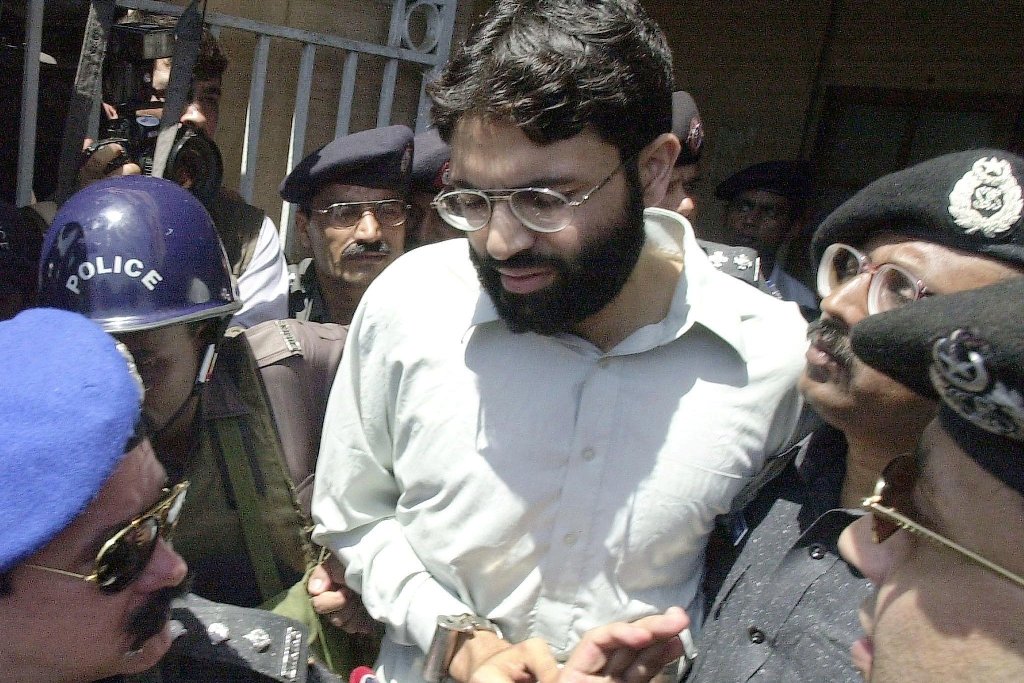 In his “Statement by Acting Attorney General Jeffrey A. Rosen on the Pakistani Proceedings Relating to the Abduction and Murder of Daniel Pearl” Mr. Rosen released the following statement on 29 December 2020, “We understand that Pakistani authorities are taking steps to ensure that Omar Sheikh remains in custody while the Supreme Court appeal seeking to reinstate his conviction continues.  The separate judicial rulings reversing his conviction and ordering his release are an affront to terrorism victims everywhere.  We remain grateful for the Pakistani government’s actions to appeal such rulings to ensure that he and his co-defendants are held accountable.  If, however, those efforts do not succeed, the United States stands ready to take custody of Omar Sheikh to stand trial here.  We cannot allow him to evade justice for his role in Daniel Pearl’s abduction and murder.”

Omar Sheikh was arrested in 2002 in connection with the killing of an American journalist in Karachi and was charged regarding involvement in the murder. Omar has been held in prison for the last eighteen years. He was awarded the death sentence from an Anti-Terrorism Court, which was annulled by the Sindh High Court. The SHC awarded him seven years in prison as a sentence for his role, back in April 2020. Due to his incarceration before this appeal verdict, the term of punishment of Omar was deemed as having been served. So under the Pakistani law his release was eminent. However, in order to please its colonialist master, the Bajwa-Imran regime detained Omar under the Maintaining of Public Order Ordinance (MPO). It also filed an appeal against the verdict of the Sindh High Court in the Supreme Court of Pakistan. In December 2020, the Sindh High court declared the detention of Umar Sheikh, under the MPO, illegal. It ordered his immediate release. However, Omar has still not been released, because of the regime’s subservience of US.

In this colonialist judiciary, left behind by the British Raj as a parting blow upon the people, justice is the slave of powerful people. Favorable verdicts are extracted from courts by the powerful, whilst the masses are ordered to respect and abide by the law. If the powerful do not extract a favorable verdict, they simply override it. They can even dissolve that court, as occurred in the Pervez Musharraf treason case. The colonialist judiciary released the murderer of two Pakistanis, Raymond Davis, promptly whisking him off to the US. However, it has obstructed the release of a Pakistani, whose release orders are issued by the court. In this respect, the case has a resemblance to that of Naveed Butt, who remains in enforced disappearance despite a legal authority issuing a production order in January 2018. And there are many other similar cases.

Certainly the Khilafah (Caliphate) on the Method of Prophethood will liberate us from this miserable slavery to the colonialists. The judiciary of the Khilafah will decide matters on the basis of the Quran and the Sunnah alone. In the Khilafah, the rulers will not fear the US and observe its dictates, instead, they will fear Allah (swt) Alone and ensure abiding by His commands, to the exclusion of all others. In the Khilafah, citizens will not have to endure enforced disappearance or be detained on US demands. In the Khilafah, the people will not have to move from pillar to post in order to secure justice, spending years or decades. InshaAllah in the coming Khilafah, the rulers will love their citizens and the citizens will love their rulers. The Messenger of Allah ﷺ said, «خِيَارُ أَئِمَّتِكُمُ الَّذِينَ تُحِبُّونَهُمْ وَيُحِبُّونَكُمْ وَيُصَلُّونَ عَلَيْكُمْ وَتُصَلُّونَ عَلَيْهِمْ وَشِرَارُ أَئِمَّتِكُمُ الَّذِينَ تُبْغِضُونَهُمْ وَيُبْغِضُونَكُمْ وَتَلْعَنُونَهُمْ وَيَلْعَنُونَكُمْ» “The best of your rulers are those whom you love and who love you, who invoke God’s blessings upon you and you invoke His blessings upon them.” (Muslim).