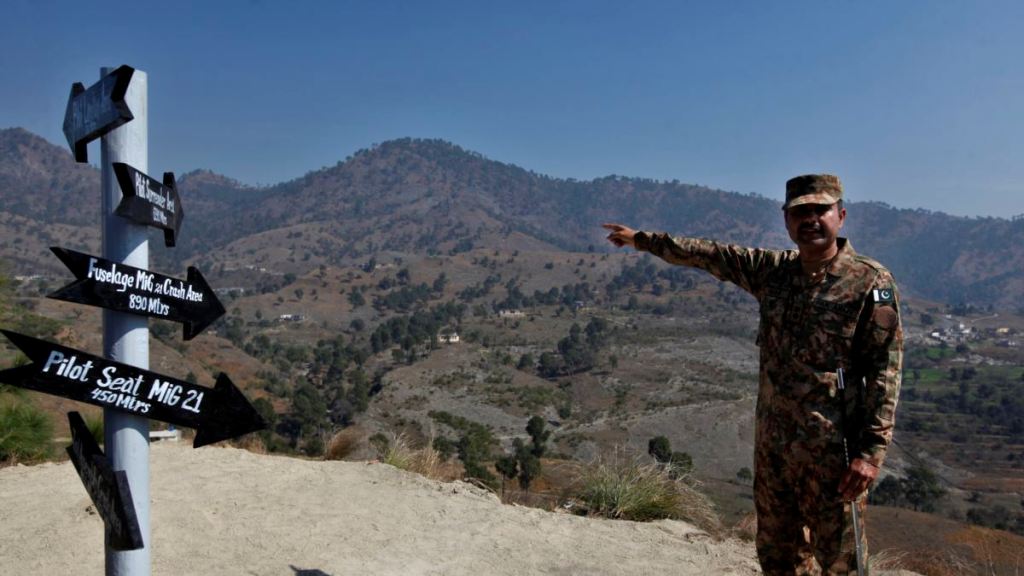 ISLAMABAD: Pakistan on Saturday rejected as “fake news” the reports in Indian media claiming transfer of foreign militants from Syria to India-held Kashmir for allegedly reinforcing the ranks of freedom fighters. (Dawn News)

Since India forcibly annexed Occupied Kashmir, the Muslims of Pakistan and Kashmir have been longing for the declaration of Jihad by our armed forces for the liberation of Occupied Kashmir as India has violated the last red line. However, instead, the political and military leadership of Pakistan has declared that there is no possibility of employing military power, providing the Hindu State ample space to consolidate its occupation without challenge. Furthermore, the political and military leadership announced that they are going to grant provisional provincial status to Gilgit-Baltistan, which justifies Modi’s 5th August 2019 annexation of Occupied Kashmir on a reciprocal basis. Issuing a dossier to expose human rights violations and terrorism by India in Occupied Kashmir is to cover the flagrant treachery of the Bajwa-Imran regime against Kashmir by pretending to be sincere against Indian regional advances.

The Bajwa-Imran regime is moving according to the American project of making the Line of Control a permanent border, effectively dividing Kashmir between India and Pakistan based on the status quo. The regime is carefully preparing public opinion to abandon the Islamic Ummah’s right over all of Kashmir as Islamic Land, liberated by Muslims for Islam. It is committed to abandon the long-suffering Muslims of Occupied Kashmir to the rule of the oppressive Hindu State forever. To this nefarious end, the regime has undertaken several significant steps since last year with a dangerous increase in its pace in recent weeks.

Like the regimes before it, the Bajwa-Imran regime has been a miserable burden upon us. By implementing deficient man-made laws and flawed capitalist solutions mandated by the IMF and the World Bank, in addition to gross incompetence, this regime has unleashed hardship, poverty and misery upon us. Moreover, the regime cites this colonialist-supervised economic collapse as a reason for us to remain silent over the regime’s submission to another critical colonialist project, the treacherous surrender of Kashmir to the hegemony of the Hindu State. Allah (swt) said, فَتَرَى الَّذِينَ فِي قُلُوبِهِم مَّرَضٌ يُسَارِعُونَ فِيهِمْ يَقُولُونَ نَخْشَى أَن تُصِيبَنَا دَآئِرَةٌ فَعَسَى اللّهُ أَن يَأْتِيَ بِالْفَتْحِ أَوْ أَمْرٍ مِّنْ عِندِهِ فَيُصْبِحُواْ عَلَى مَا أَسَرُّواْ فِي أَنْفُسِهِمْ نَادِمِينَ “You will see those in whose hearts is sickness racing towards them. They say, “We fear the wheel of fate may turn against us.” But perhaps Allah (swt) will bring about victory, or some event of His making; thereupon they will regret what they concealed within themselves” [Surah Al-Maidah 5:52]

Allah (swt) has forbidden us from abandoning our brothers in the matter of our Deen. Allah (swt) said, وَإِنِ اسْتَنصَرُوكُمْ فِي الدِّينِ فَعَلَيْكُمُ النَّصْرُ “If they ask you for help in Deen, you must come to their aid.” [Surah Al-Anfal 8:72].

We must reject the Bajwa-Imran regime’s surrender of Occupied Kashmir, raising our voices to stop this Munkar. Harshly account the treacherous rulers so as to halt their destructive advance, whilst demanding the immediate mobilization of Pakistan’s willing and able armed forces to liberate Occupied Kashmir.