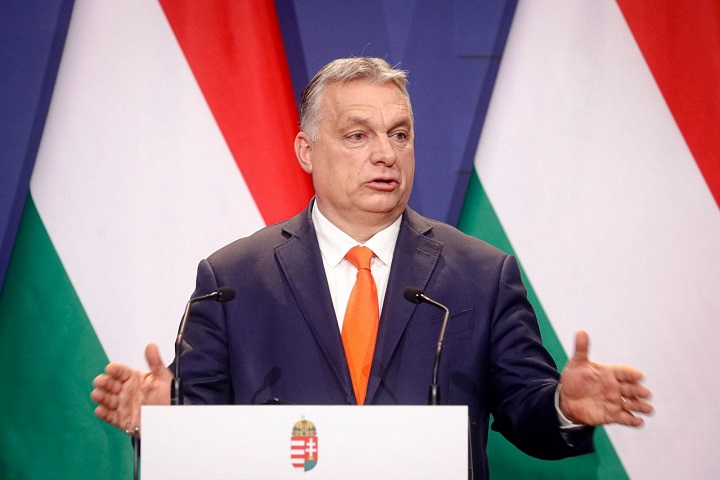 The most recent example was the debate on whether a football stadium in Munich, which was to host a match between Germany and Hungary, should be surrounded by the rainbow colors of the LGBT movement. This move was stopped due to its political undertones against the new Hungarian law.

Comment:
Hungary, like other Eastern European countries, is generally known to have a critical attitude towards the LGBT community, compared to Western Europe.

Cases that relate to LGBT in countries, such as Hungary and Poland, are often under scrutiny by Western European countries, especially because they are EU member states. The EU has even talked about prosecuting the Polish government for the so-called “LGBT-free” zones in various Polish cities and regions.

The defense of LGBT rights under the guise of Western freedoms, and the criticism of states that oppose LGBT, are in fact hypocritical and intolerant. These countries do not tolerate views other than their own, including attitudes that lean towards traditional and normal views on family relationships and gender relations. In other words, Western European countries show intolerance towards decisions and laws in Hungary and Poland, in the name of tolerance and liberalism.

In addition, when Hungary and countries, such as Greece and Italy, treat refugees with brutality, the Western European countries sweep it under the rug in total silence. These countries are based at the outer borders of Europe, where most refugees arrive on their way to Western Europe.

The refugees are faced with barbed wire fences in Hungary, Italian coastguards who send refugees without any help and security back in rubber boats, and Greek border guards using violence and torture to detain refugees, only to send them back to Turkey. If refugees reach past the cynical, European border patrols, they will be met by even more cynicism, as is the case in Denmark, where the official government policy is to send refugees back to death, inhuman conditions and dictatorships.

When these same countries commit abuses against refugees and trample on the so-called human rights, it does not trigger the same criticism as with the LGBT cases.

Furthermore, European politicians are at the forefront when it comes to spreading Islamophobia, suspecting Muslims, and fighting Islam with discriminating laws. In Austria, the witch hunt is clear and obvious, with mosques and Muslim associations being placed on lists of suspicious and dangerous actors, which has led to a spike in attacks on Muslims.

The general discourse against Muslims in Europe is linked to the increase in hate crimes as well as systematic discrimination in education and the job market. None of this triggers those who criticize LGBT laws to sound the alarm about tolerance and human rights.

This hypocrisy is a sign of a historical, European hatred towards Muslims and people alien to Europe and European culture. The hatred runs deep enough that refugees, including children and the elderly, are considered insignificant and are therefore left to suffer, while Muslims in general are practically second-class citizens in Western countries.

The so-called tolerance and liberalism in the West is a lie and deception. The Western culture has always fostered the worst form of intolerance, which is intolerance under the guise of tolerance.