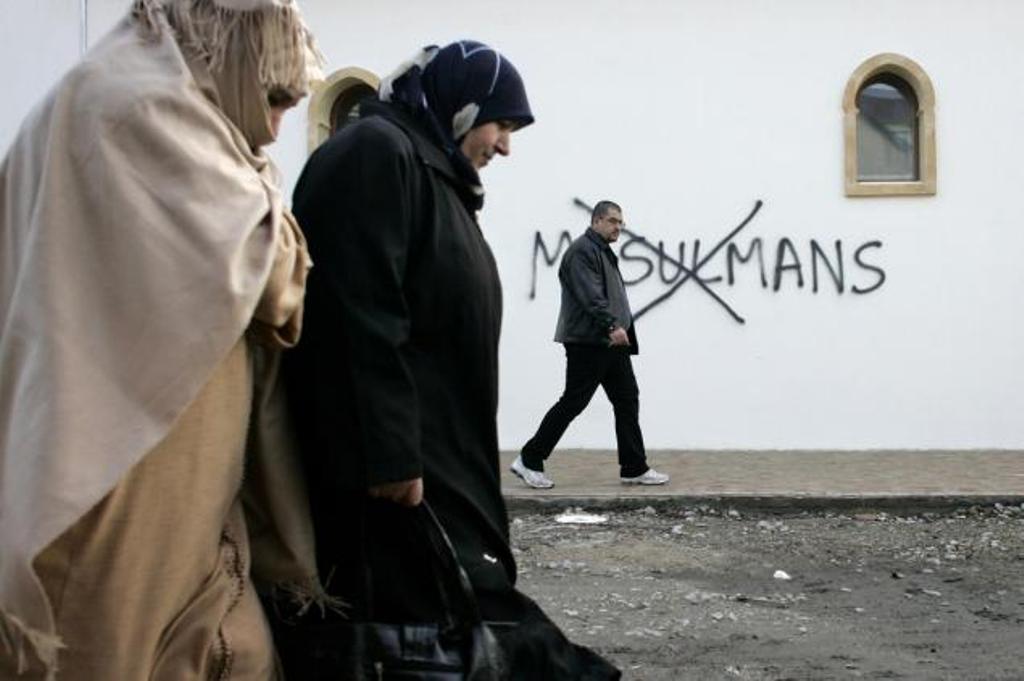 Macron, who utters his hatred towards Islam and Muslims at every opportunity, talked nonsense this time, saying that Islam is a religion of crisis and causes crises everywhere.

Macron, who expresses his hatred towards Islam at every opportunity! Suggesting that Islam is the cause of crises, is the biggest dirt thrown at Islam. We know that your intolerance and anger is towards Islam.

We are also aware of the fact that you are trying to cover your own history which is full of oppression, by casting on Islam which is a religion of mercy and justice. We also know and believe that one day, when Islam’s banner of justice raises and dominates the world, you will drown in your lies and slanders.

You will never desist from attacking Islam, keeping people away from Islam with your lies as mentioned in the ayah and slander due to your hostility. However, put in your mind and know that neither we will give up on fighting you and the perseverance of making Islam dominate life to the bitter end.

Throughout history, Islam has ruled the world with justice. Islam’s clean past is also a guarantee of its future. And what about yours O Macron! O you Imperialist disbelievers!

Democracy’s criminal record is not clean at all. Since its existence, it has produced evil like a factory of evil so to speak, and spread mischief everywhere it reached. Democracy is the source of mischief in itself.

Just take a look at Algeria and African countries you occupied by saying we will bring democracy… Just have a look; you will not find anything besides oppression, blood and tears! The wounds democracy has made and the negative marks it has left in the hearts and lives are too numerous to be counted. No need to tell; the projections of the bombs thrown at Muslim countries, can tell many things about democracy… In short, democracy is the source of sedition and mischief.

You have occupied our lands and implemented the rules of disbelief. You did this without making a difference between general and private life… If there is a crisis in our lands, it is your creation(!)

In case you have forgotten, let us remind you Macron; during the French Revolution, which is a revolution of blood and tears, you killed millions of your citizens in the belief that they were enemies of the republic, and trampled children under horse hoofs with no mercy… Those who fled from your savagery and massacres, had taken refuge in the Ottoman State, in Islam which you have slandered as a “religion of crisis”.

You have also forgotten that Francis I of France relied on the justice of Islam, which we hereby remind you of…

In short, if there is anything which is in crisis, it is your democracy and not Islam which brought justice to the humanity for many years.

Crisis is in the genes of democracy and secularism, not in that of Islam.

The real causers of the crisis in the world are the imperialist disbelievers like you France, who exploit Africa, one of the richest continents in the world in terms of underground and aboveground resources, and Muslim lands, and leave peoples in the grip of hunger, thirst and poverty.

O you evil groups and enemies of Islam who slander the Muslim Ummah, do not think that this situation will continue as such. Do not think that Muslims will forever be in a neighborhood of democracy and secularism. Let it be known that as long as Muslims bear the dynamics of being the best nation in the deepest of their hearts and beliefs, they will make this process through and realize the awaited blessed uprising.

Therefore we say; in order for the people to save their world and hereafter, the world is in need of the system of Islam and its regime Khilafah Rashidah (rightly guided Caliphate), not you and your human systems which produce crises.