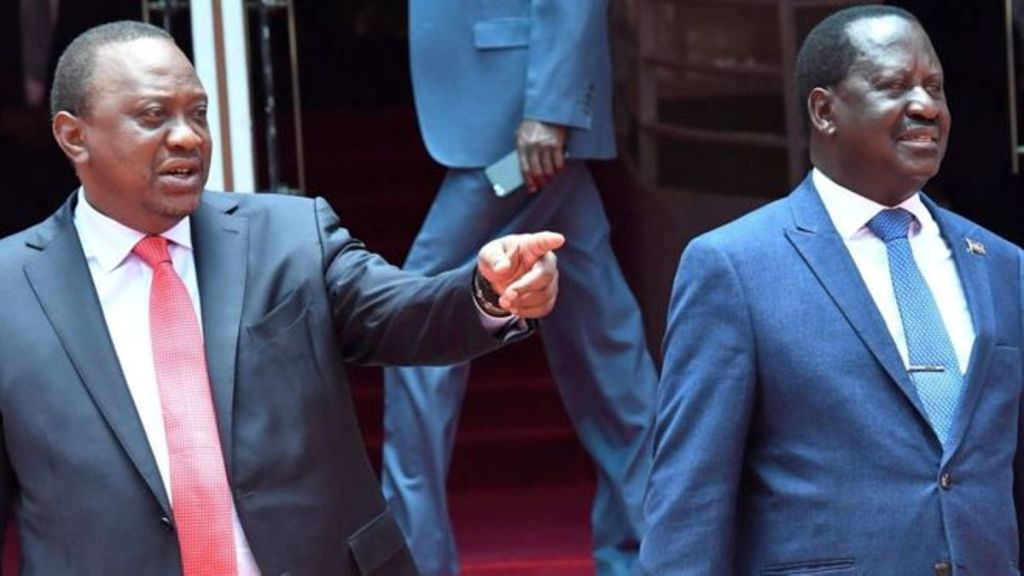 President Uhuru Kenyatta and Former Prime Minister Raila Odinga on Tuesday 26, November 2019, officially received the Building Bridges Initiative Report from the BBI task force. BBI was gazetted on May 24th, 2018 following the March 8 Unity Pact between President Uhuru and Mr. Odinga after the political fallout during the August 2017 general election. The task force received submissions from a section of Kenyans on nine key points that focused mainly on restructuring the nature of the Government to, economic revolution, dealing with cronyism and corruption economy and unity. The report was made open to public on November 27, 2019 for national discussion.

Apparently since even before the handing over the report, divisions from political divide were already witnessed; this is an early gesture that more divisions among the politicians will continue to be witnessed after its launching and reading it. Therefore, it is likely the country is heading into further divisions that are mainly attributed to politicians. How do politicians talk about uniting the nation yet in their real sense they are instigating ethnic divisions which plunges the country in violence after every election circle!  We would like however to warn the Kenyan society not to fall victims of such divisive politics since Democratic politicians do not have permanent friendship nor permanent enmity but only permanent interests and not the public interest!

The BBI with all its contents has portrayed a cunning image of a Democratic political class of hijacking the public inspirations in setting them up agendas that seek to give the delusional hope. It is disheartening that up to this moment the academic and thinkers have not yet realized the root cause of the crisis facing the Kenya but the world at large is none other than Capitalism and its political system of Democracy that prioritize the interests of a few people (bunch of elites and political class) who arrogantly leave out many struggling in their lives. Since this is the reality i.e. we maintain that Capitalism being the dominating ideology in the realm of life, then all proposals contained in the report are nothing other than prolonging the life line of crises rather giving rise to new problems. This is true because since the promulgation of the new 2010 Constitution that came up with newly devolved system of governance, Kenya is still facing numerous problems.

We reiterate that Kenya and the World at large needs a profound ideology of Islam, which has a strong creed that produces laws of Allah – the Creator of the man, universe and life. Upon its foundation the Government is established, economic and social systems are founded. Furthermore, upon through this creed, people are bonded together to be a unified nation all being the servants of Allah (swt). This is how Islam for centuries under the Khilafah (Caliphate) produced the real politicians pious who had true political will that made them to bring political, economic and social stability. We certainly believe that God willing the Khilafah will come very soon leading the world into true politics that will usher truth and justice for the whole world.