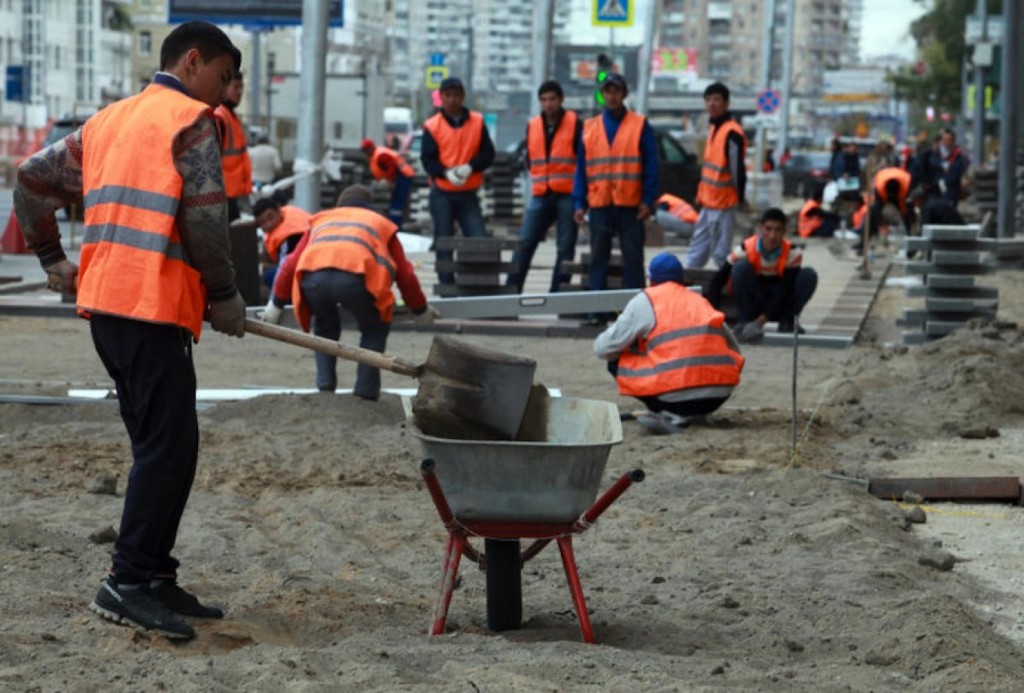 Andrei Tretyakov, deputy head of the state budgetary institution Zhilishchnik in the Koptevsky District of Moscow, who threw out a 22-year-old labor migrant from Tajikistan Akbarjon Kholikov from a window of the second floor of the hostel, was released on his own recognizance, Tajik human rights activist Bakhtovar Jumazoda said.

According to available information, the 60-year-old Tretyakov, working in a managerial position of a budgetary enterprise, in which mainly migrants from Central Asia work, openly adhered to nationalist views that reflected on his attitude towards his subordinates. The material of the Chechen blogger Zelimkhan says that Tretyakov did not hide his nationalist views regarding Central Asians, treated subordinates extremely hostilely and, under false pretences, deducted 10-15 thousand rubles each month from their salaries, and also prevented the prayer.

Recall, on April 1, the deputy head of the state educational institution Zhilishchnik beat up and then threw Akbarjon Kholikov out of the window, outraged that the Tajiks were praying instead of working. According to Kholikov himself, Tretyakov came to their hostel and swearing ordered everyone to go to work. He asked the employer to talk without a curse, then Tretyakov grabbed him by the collar and twice hit his head on the bed. “Everything in my eyes became confused. But he took me by the scruff and dragged me. I hit my head on the toilet door. Then I don’t remember what happened. When I came to, I saw that I was sleeping in a hospital bed,” said the migrant who came to himself.

Cases of violence by the administration of communal institutions against labor migrants from Central Asia have long become the norm in Moscow and other regions of Russia. So, in February 2019, Nikolai Gurmanov, a deputy of the head of the state budgetary institution ““Zhilishchnik of the Arbat District”, hit a migrant worker from Kyrgyzstan with a baseball bat, and the Kyrgyzstani lost consciousness and was taken to hospital from the blow.

It should be noted that the attack on the grounds of hatred of labor migrants by Russian nationalists or employers with nationalistic views occurs very often, most of the criminals go unpunished, and even if it comes to court, most judges endure light sentences.

An example of this trend is also the case of a five-year-old Tajik girl, Huvaida Tillozoda, who was brutally raped and killed by a local resident Alexander Semin in Serpukhov, Moscow Region, July 22, 2018. Despite the fact that the killer’s guilt is proven and obvious, Semin, using the connections of his relatives in the circles of Russian law enforcement agencies, is trying to avoid punishment, which is why after almost 2 years the investigation is still ongoing.

It is the feeling of impunity that allows Russians to constantly encroach on the life and honor of labor migrants from Central Asia. Such crimes can be listed in hundreds, but this does not go beyond publications in the opposition media, and neither the authorities of the countries of Central Asia, nor the Russian authorities react to such incidents in any way, things are not resonant. The lack of reaction of the authorities to the crimes committed leads to the fact that policemen-extortionists, dishonest employers and similar criminals are sure that if they brutally cripple or kill a Tajik, Uzbek or Kyrgyz, they will not be held responsible and will be able to avoid punishment for what they do.