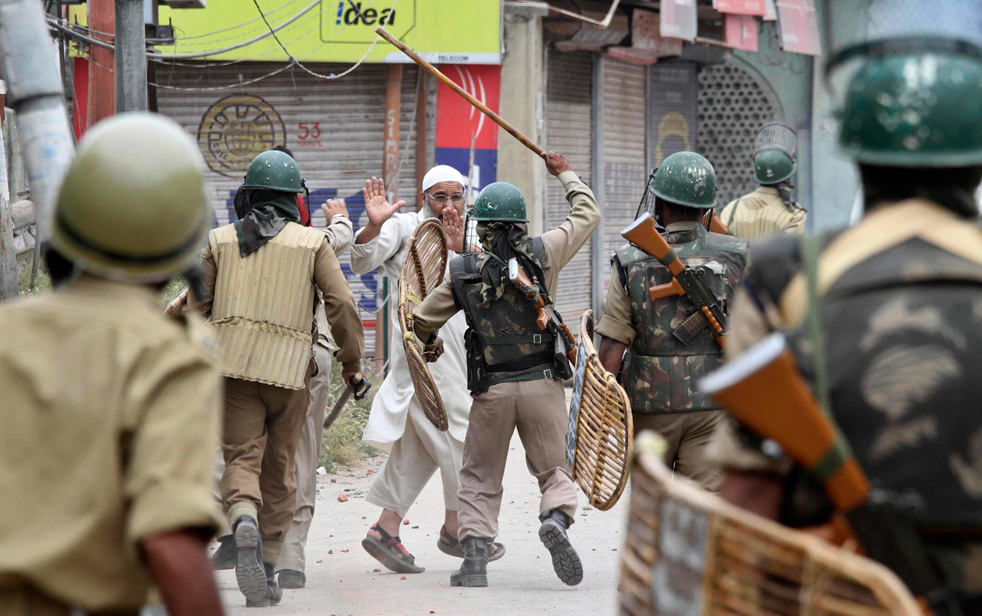 After the martyrdom of the Mujahid Burhan Wani on Friday 8 July 2016, protests erupted in Occupied Kashmir, in which dozens of Kashmiri Muslims have been martyred and a number of Kashmiri leaders have been detained by Indian security forces so far. On 14 July 2016, Pakistan’s Chief of Army Staff, Raheel Sharif, speaking at the Corps Commanders Conference at the General Headquarters in Rawalpindi, said the world needed to recognise the aspirations of the Kashmiri people and their struggle for freedom and resolve the longstanding dispute for a lasting peace in Kashmir. On July 15th Prime Minister Nawaz Sharif proposed the observance of the “black day” while chairing a meeting of his cabinet in Lahore that discussed the situation in Jammu and Kashmir.

Since the martyrdom of Burhan Wani by Indian occupying forces, the Muslims of Kashmir protested intensely against Indian brutality and hostility, so much so that they have observed strikes and street protests for a continuous nine days and Indian authorities were compelled to impose a curfew. The intensity of protests was so strong and powerful that those voices in Pakistan who support and propagate the idea of normalization with India, by putting the issue of Kashmir on back burner, if not burying it completely, acknowledged the severity of the Kashmir issue. The Muslims of Kashmir even dispelled that impression that they have abandoned hope in becoming part of Pakistan, despite the open treachery of Pakistan’s rulers. In every protest they were holding a Pakistani flag, confirming that their fate is aligned with the Muslims of Pakistan. Once again it has been established that the Muslims of Kashmir and Pakistan love each other and their destiny is the same.

However, what added salt to the wounds, was the weak-kneed response of the Raheel-Nawaz regime which commands the most powerful Muslim armed forces in the world. Not only did it fail to mobilize for the rescue of the Muslims of Kashmir from Indian brutality, it just offered lip service, pouring icy waters on the heated sentiments of the Muslims of Pakistan. The Raheel-Nawaz regime is like the cowards who puffs out his chest and shouts, making a big show of his so-called strength, because he does not have the guts to do what is needed. Every sane man knows that mere condemnations, or appealing to international community to put pressure on Indian government to halt her atrocities, or demanding the implementation of United Nations resolutions over Kashmir will neither bring relief for the Kashmiri Muslims, nor ensure their liberation from the Indian occupation to become part of Pakistan. Despite knowing this, the Raheel-Nawaz regime chose just to offer verbal support and repeated the same old tried and failed measures, which only ensure the continuity of Indian occupation and oppression of the Muslims of Kashmir.

The Muslims of Kashmir do not need the recognition of their struggle from the international community nor do they need the mere observation of Black Days by the Raheel-Nawaz regime. What they need is the mobilization of Pakistan’s armed forces to teach such a strong lesson to the Hindu troops, that they will only leave Kashmir, they will not ever again dare to dream of subjugating and oppressing Muslims anywhere.

However, the cowardly Raheel-Nawaz regime will never do this as it is against the interest of its master, America, who wants to strengthen India. If this regime had been strong and sincere for the Muslims of Kashmir and Pakistan, as it pretends to be, it would have declared Jihad. Protection will only be witnessed under the sincere and strong leadership, a Khaleefah Rashid, who will rule according to the Quran and Sunnah, unify Muslim lands and their armies who will be mobilized to Srinagar to end Indian occupation decisively and liberate the Muslims of Kashmir. And the command of Allah سبحانه وتعالى is to fight those who fought us and expel us from our houses, as Allah سبحانه وتعالى says:

“It is only as regards those who fought against you on account of religion, and have driven you out of your homes, and helped to drive you out, that Allah forbids you to befriend them. And whosoever will befriend them, then such are the Zalimun [oppressors].”