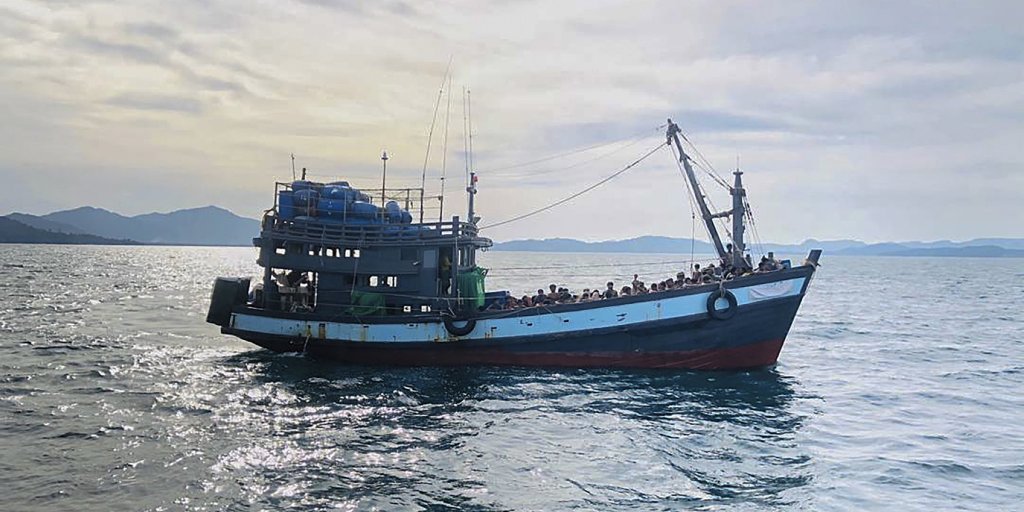 In December 2016, the then Prime Minster of Malaysia, Najib Razak, led a huge gathering in Kuala Lumpur to show solidarity with Rohingya Muslims. In the UMNO meeting of 2018, he pledged to continuously help Muslims from Palestine and Myanmar. In the meeting, Najib said ‘Muslims in Malaysia, as well as worldwide, should unite to end the suffering and oppression against their brothers in the two countries’. He then added, ‘Malaysia continued to provide aid to ease the suffering of the Rohingya community, apart from opening its doors for them to share the peace and stability enjoyed by Malaysians in the country, as well as sending aid to the Rohingya refugees in Bangladesh and Myanmar’. Turning against his own words, on the 23rd of April 2020, the former Prime Minister Najib Razak has backed the controversial action by the current Malaysian authorities in pushing back Rohingya refugees trying to land on Malaysian shores early this month.

Due to worries over the spread of the Covid-19 virus, the Malaysian government had decided to implement the so-called Movement Control Order (MCO) which begun on the 18th of March 2020 and after 3 extensions, it has lasted until today. What is clear is that it is during the MCO that our survival instinct manifests itself noticeably. Economic activities face disruptions, creating worries that there will be dire consequences to the economy post MCO. Unfortunately, besides economic worries, a disease has also aggressively exhibited itself as a manifestation of the survival instinct – nationalism in its ugliest form. Regrettably, this ugliness materializes amongst Muslims in Malaysia. It all started when the Royal Malaysian Navy turned back a boat carrying Rohingya refugees citing Covid-19 measures as the justification for turning boats away from Malaysia’s coast. This act caused a huge uproar in the media social against Rohingya refugees. Suddenly, WhatsApp virals and Facebook posts are full of xenophobic messages and fake stories designed to garner hatred towards the Rohingya community in Malaysia. There’s even an online petition – ‘Say No To Rohingya’ – signed by more than 30,000 people!!

In its normal dormancy, nationalism is something taken for granted. What it needs is a spark to light the fire. The refugee issue acts as the spark and the fire is now burning wildly in the social media. The sad reality is that nationalism is alive and well in Malaysia. And when nationalism dominates, the rope of Allah (swt), the Aqeedah that holds Muslims together, is simply disregarded. One needs only to read the xenophobic messages in social media concerning this issue to be taken aback and wonder how this could happen in the blessed month of Ramadhan in a Muslim dominated country! Where is the spirit of brotherhood that Allah (swt) commands on us? إِنَّمَا الْمُؤْمِنُونَ إِخْوَةٌ “Verily the Muslims are brothers.” [al-Hujurat, 49:10]

Our Rohingya brethren did not choose to come to Malaysia. The violence perpetrated by the kuffar against Rohingya Muslims, who are considered as the most persecuted minority in the world, had led to hundreds of thousands of Rohingya refugees seeking shelter in neighbouring countries. And as Muslims we must put our utmost effort to accommodate them. Xenophobic attack, blaming the Rohingya Muslims for living in deplorable conditions, which may turn into breeding grounds for Covid-19 is really a slap on our own face. Help given should be help given all the way. Majority of the Rohingya Muslims are not recognized as refugees and they are not given working permits. If they were officially recognized as refugees and allowed to work legally, proper accommodation and providing for themselves with dignity is never a far step. If they turn to crime, then let the law of the land deal with them, but don’t put all Rohingya refugees on the hotspot of xenophobic attacks.

Under this capitalistic, democratic and nationalistic nuance, the deal with our Rohingya brethren will remain as it is now. It is this nuance that limps when it comes to helping the Rohingyas but hurries to secure the needs and rights of the well to dos, who are really not in need of real sustenance. This is also the nuance that is blameworthy for breeding the ugly nationalistic tendencies in Malaysians and directly responsible for the increase in xenophobic attacks on our brothers and sisters from Rohingya. May Allah have mercy on all of us – that we change of perception to be in line with what Allah (swt) and Rasulullah ﷺ commanded us, and that the persecuted Muslims of the world be protected and relieved under the umbrella of the Shariah and Khilafah (Caliphate).