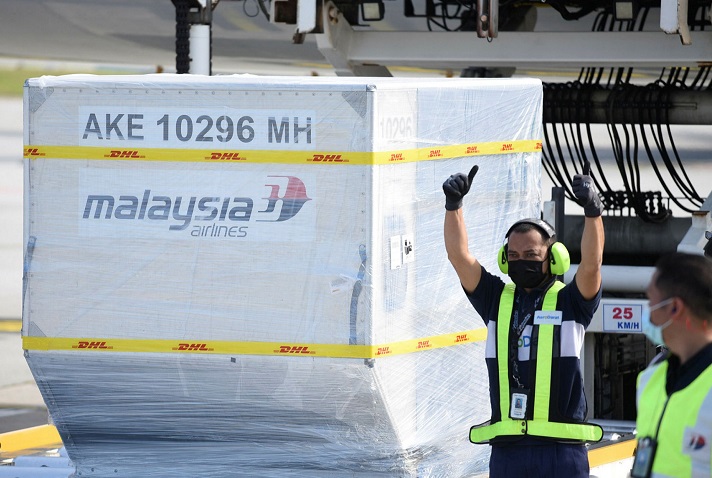 At this moment, the COVID-19 pandemic is not showing signs of reducing. In fact, health services in many countries of the world are again showing extreme stress. In India for example, the past few days has the country facing its worst surge in COVID-19 cases. The sudden spike in cases has brought India’s healthcare system to its knees! In Malaysia, while the country is busy implementing its COVID-19 National Immunization Plan, daily COVID-19 cases have surpassed that of United Kingdom for the first time since the start of the pandemic. The plan, however, has not gone according to plan as the number of Malaysians who have registered for vaccination are only 2 million while the government’s target is to reach 26.5 million, which is 82.8% of the Malaysian population. Criticisms are on the rise of the government’s slow response and double standard in implementing the Prevention and Control of Infectious Diseases (Measures Within the Infected Local Areas) Regulations 2020. Furthermore, access to information (or misinformation) concerning the pandemic and the vaccination process has created a plethora of opinions which affect the decision of the general public on this issue.

Comment:
A true Muslim is the one who has a deep awareness of the affairs of the Muslim ummah. He/she is politically minded on issues affecting the ummah and is highly critical in his/her thoughts concerning these issues. Surely, one of the most critical questions that lingers in the mind of a Muslim who has awareness is, why are Muslim countries not producing the vaccines and why are Muslim countries are not seen to be at the forefront in making important decisions to curb the pandemic? Yet again, Muslim countries with a total population nearing 2 billion people are just following the footsteps of the West in handling the pandemic! Muslim nations are seen to follow step by step, almost blindly, the solutions provided by international bodies in ‘curbing’ the pandemic. Hence, we see mosques being closed, sunnah being disregarded and we seem to be copying verbatim, opinions in solving the problems caused by the pandemic with very little originality and reference to the Quran and Sunnah, except as after thoughts. A true Muslim will most definitely question – for how long are we going rely on the kuffar West in solving our problems?

It can’t be denied that vaccine production is not an easy feat, but the question is, until when must Muslims be left behind in this regard? What efforts have Muslim nations put, at least to take the first step in this direction? Just to diverge a bit. Even long before the pandemic, Muslim nations, unfortunately, have already reserved the seats as the most backward countries in research and development. Comparatively, the 57 member countries of the OIC comprise almost one quarter of the world population yet contribute only 2.4% of the world’s total expenditure on R&D! And we know, regrettably, that the Islamic ummah is not just behind in this aspect, it is also far behind in almost all aspects of material development! What went wrong?? The orientalist Bernard Lewis was in the right direction when he wrote the book of the same title, apparently in his effort to try to understand the reason behind the sudden collapse of the once glorious civilization.

A sincere mind who wishes to understand what went wrong will almost certainly come to the conclusion that the downfall of the Islamic Ummah can only be caused by the slow destruction of the Islamic State. When the Quran and Sunnah was slowly put aside as a reference in solving the problems of the Muslim Ummah, it was just a matter of time before the detrimental forces culminate in the destruction of the state in 1924. The Islamic State (Khilafah) is the shield of the Ummah. Amongst the responsibilities of the Khilafah is to ensure that every citizen is provided the basic rights such as education, security, health and employment. The important responsibility of the Khilafah is to ensure that the basic needs of every individual citizen are met, namely food, clothing and shelter. In the issue of the COVID-19 pandemic, it is the responsibility of the Khilafah to ensure, in every conceivable way, that every citizen, without exception, has the right to free health services and that medicines, including vaccines are produced. With regards to the current pandemic, research and development in medical technology are among the important elements that will never be neglected in the governance of the Islamic State. History has proven that the capabilities of Muslims in medical technology are indisputable but sadly, especially since the collapse of the Khilafah, the situation has worsened. But to be fair, Muslim scientists do contribute to modern science and technology. For example, Muslims are proud to see that amongst the main developers of the COVID-19 vaccine are Muslims. Unfortunately, without the Khilafah to unite and organize Muslims systematically, we will always be weak and divided, in almost all aspects of life. It is Islam, under the leadership of the Khilafah that organizes the Ummah, guarantees her rights, provides her the prosperity and tranquillity she deserves and protects her. This is the key to the glorious civilization of Islam. Adam Smith, the father of Capitalism, saw this when he commented, “…the empire of the Caliphs seems to have been the first state under which the world enjoyed that degree of tranquility which the cultivation of the sciences requires…”