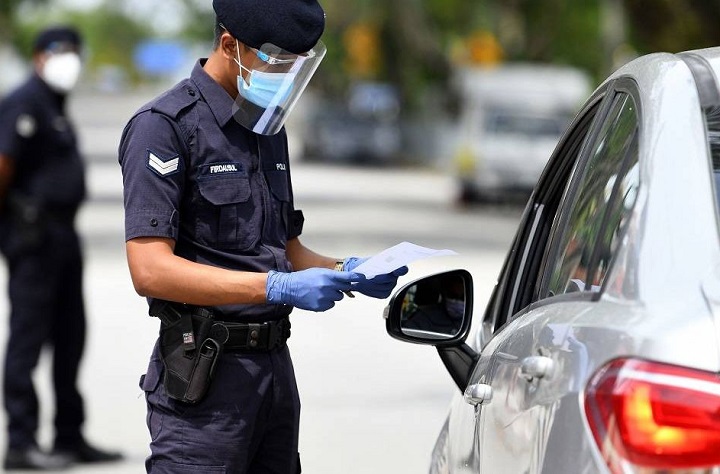 It is 26th June 2021 today and Malaysia has been under total lockdown (Movement Control Order 3.0) for nearly a month now. The lockdown involves a general prohibition of mass movements and gatherings across the country. Mosques are closed. All education institutions are closed. Non-essential businesses are closed. COVID-19 has certainly taken a serious toll on everyone since the government began to impose various movement control orders on the country. At one point, the police proudly paraded its statistics that the crime rate in the country decreased by 46.7% during the first 84 days of the Movement Control Order (MCO). Today, this pales in comparison to the continuous increase in rates of mental breakdowns, loss of jobs and various other COVID-19 effects on the society. In fact, it has been reported that in certain areas, rate of robbery showed a sharp increase during the MCO periods.

Comment:
Since the beginning of the pandemic, the Malaysian government have implemented various movement control orders depending on the extent of COVID-19 infection. Initially, people were generally highly supportive of the policies. However, after 2 years of various MCO variations, the situation is not getting any better. In fact, from one of the countries that exhibited the lowest COVID-19 infection rates, Malaysia surpassed India last month in COVID-19 infection per million of population. Sadly, the effect of MCOs on the society is not just manifested by angry voices of the public but also by the real numbers of people affected. A recent survey by JobStreet revealed that up to 20 per cent of respondents have been retrenched. The survey also indicated that one in five Malaysians who were previously working have lost their jobs due to the pandemic. It also revealed that more than two million Malaysians are expected to end up unemployed if the MCOs continue to be implemented. The pandemic has also affected the mental state of the population. The psychosocial support helpline run by the Health Ministry and Mercy Malaysia have doubled so far this year compared to last year. 63.7% of callers required emotional support from feeling stressed, worried, anxious, sad, hopeless and helpless due to uncertainty about the future. This worsening emotional state is also manifested in the increasing rate of suicide amongst the population during MCO.

Indeed, the pandemic has taken its toll on Malaysia and the whole world. The pandemic strips away the complacency that humans have of this world and as a Muslim, we know that this is a form of test by Allah (swt) upon His slaves. A test implies a response. And it is the form of this response that will be judged by Allah swt on Judgement Day. For a test this significant, those in power bear the largest burden on their shoulders. The Malaysian leaders have never truly made Islam the basis upon which they make their decisions and forge their policies. Consequently, it is not expected that Islam will play much role in any government policies related to the handling of the pandemic. And this is not far from the truth. To be fair to the government, economic stimulus measures and social assistance to vulnerable groups have been implemented. However, these efforts, with all their problematic implementations, do not tally with the bleak numbers presented earlier. Due to the focus on economy, closure of mosques, for example, seems trivial compared to the closure of shopping malls. Over reliance on foreign vaccines, ultra-slow and complacency in developing local vaccines and low population vaccination rate clearly manifest the weakness of the government – lack of concern and effort in finding a cure for the pandemic and allowing themselves to be bullied by multinational pharmaceutical companies and the West. And the government’s reluctance in allowing the usage of safe repurposed anti-viral drugs, which could save lives, despite pressures from medical professionals is most unfortunate. These issues form only the tip of the iceberg and today, criticism against government policies on the handling of COVID-19 is just overwhelming.

There are those who will come to the defence of the government by saying that what the leaders are doing are as ‘Islamic’ as they can get. There is a big difference. A true Muslim leadership, the Khilafah (Caliphate), will handle the pandemic to ensure the well-being of the Ummah as one of her responsibilities in fulfilling the commands of Allah (swt). Islam as an ideology will be the basis of all decisions and policies. This leadership bears the responsibility of rescuing the Ummah from the pandemic, rather than repetitively trapping the Ummah in lockdowns and frustrations. The Ummah knows that this pandemic reveals the evils of secular, capitalistic governance. The Ummah knows that a sincere, truthful, responsible, rational, God fearing leadership will be able to free them from the clutches of the pandemic. We will only find such leadership in the Khilafah.