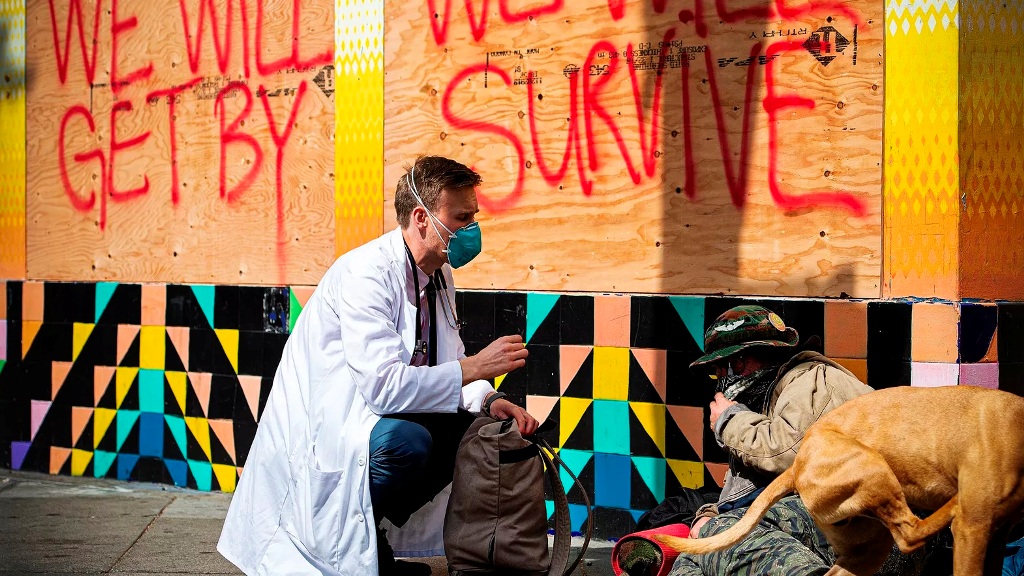 Five days into the national lockdown on Monday, hundreds of homeless people were seen staying on the streets and pavements of Dhaka as the government has no quarantine plan for them… The government does not have an official estimate on people living on the street but experts said that the number of floating people in two Dhaka city corporations would be between 40,000 and 100,000. Social welfare secretary Mohammad Jainul Bari said that they have the capacity to deal with 50 to 60 healthy homeless people but no arrangement for placing the homeless under quarantine. (‘Homeless people left on their own’: New Age, March 30, 2020).

The crisis of the coronavirus pandemic has exposed the failure of our existing institutions that include an inadequate health care system, food and housing securities for the people as well as disaster management ability of our democratic rulers. As our eyes open to this reality, the people are realizing that capitalist-democratic system of ruling system has never cared for the people. Our rulers undertook many extravagant so called ‘mega development’ projects like sending satellites to space but did not bother to build enough hospitals to provide healthcare facilities or to develop a basic social infrastructure for the poor, vulnerable, disable, floating, home-less, land-less and marginal people of this country. A natural disaster-prone country like Bangladesh should have that preparedness on the top of her priority list. Though it is still early to count the toll that this Covid-19 is going to take, economists and financial analysts are concerned with the aftermath of the global disaster.

World economy is yet to recover from the financial crisis of 2008 in the real estate sector, another blow of this magnitude would be devastating resulting in shutting down of many industries, raising the level of unemployment and further pushing the people of low to middle income to the verge of destitution. A country like Bangladesh which is heavily dependent upon one single export item namely ready-made garments and remittance from unskilled low-earned expatriates will suffer the most. Yes, PM Sheikha Hasina announced Taka 50 billion for export industries to fight the impact of Covid-19 pandemic on national economy. But everybody knows that due to widespread corruption, which is an integral part of democratic-capitalist system, this financial aid will not reach the people at the bottom who need this most. Moreover, as it happened previously, the greedy capitalists will capitalise this crisis, borrow funds from international financial institutions, and misappropriate these putting further burden on the people who are already hugely indebted. For far too long, we have ignored the failures of the capitalist system that has reduced even more people to homelessness, incarceration, refugee camps and permanent indebtedness.

Alhamdulillah, Allah (swt) has bestowed upon us a unique system of ruling called the Khilafah (Caliphate) that addresses all the issues mentioned above. The upcoming Khilafah will ensure a stable economy which will be able to endure natural shocks by organising our economy more diversely with particular emphasis on the agriculture and agro based medium and small-scale industries at private sector and heavy industries under the management of the government. It will undertake skill-developing programmes for marginal people and create means for them to earn their own sustenance. Moreover, the Khilafah’s healthcare system would be superior in nature as well as affordable for people, and, unlike that in capitalist Bangladesh, would not be centralized in the capital and major urban cities only to serve the needs of the elites. The hadith of the Messenger of Allah ﷺ states: « الْإِمَامُ رَاعٍ وَمَسْئُولٌ عَنْ رَعِيَّتِهِ» “The Imam is a guardian and he is responsible for his subjects.” (Agreed upon by Muslim and Al-Bukhari).