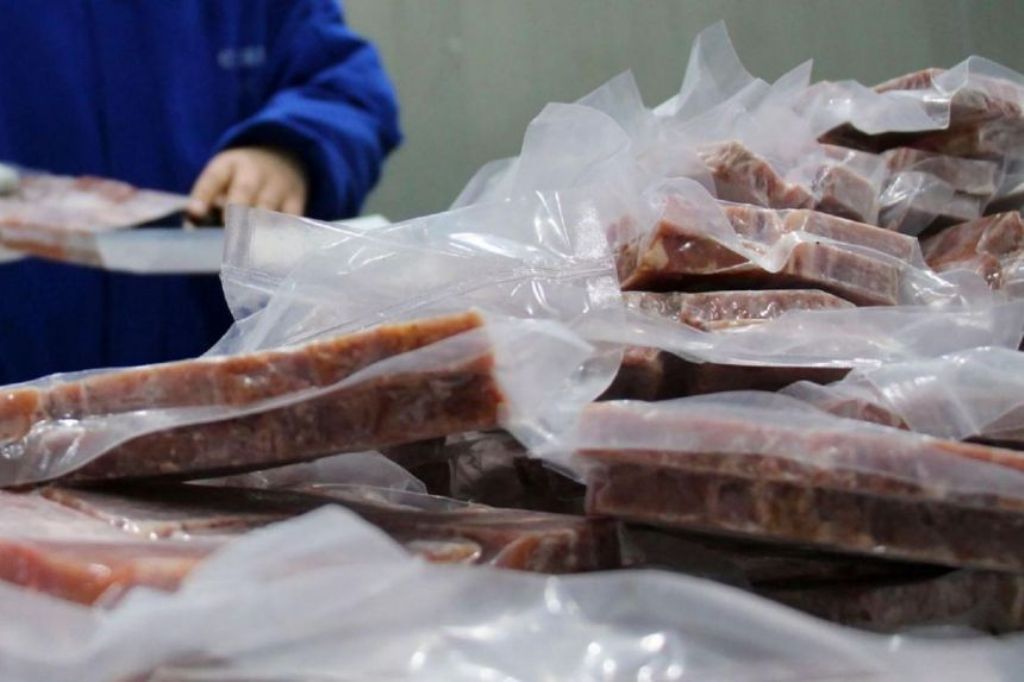 On the 1st of December 2020, Malaysian authorities led by the Ministry of Domestic Trade and Consumer Affairs (KPDNHEP) joined by the Malaysian Islamic Development Department (JAKIM), the Johor Royal Malaysian Customs Department (JKDM) and the Johor State Islamic Religious Department (JAINJ) raided a warehouse in Senai, State of Johor, after discovering that it was supplying illegally imported frozen meat with fake halal labels to the local market. According to the Malaysian Department of Quarantine and Inspection Services (MAQIS), the syndicate, disguised as a frozen meat supplier, has been repackaging non-certified halal meat from China, Ukraine, Brazil, and Argentina, and pasting self-made halal stickers on them. It was later revealed that the frozen meat imported are not just limited to beef coming from non-certified countries but also include horse meat and kangaroo meat.

Reports on the raid do not end there. Sources revealed to the New Straits Times Newspaper that the frozen meat cartel has been around for the past 40 years. The source also revealed that currently, at least four senior officials from several government agencies are believed to have colluded with the cartel that brought non-halal meat to Malaysia and later declared it a halal certified product. The senior officers, who were given the responsibility of ensuring halal standards instead received corruption money, or women for sex to close their eyes against the cartel’s operations and ensure that its activities were not detected. This news infuriates the nation and this time, corruption affects the lives of Muslim directly – because the ‘halalness’ of food consumed is a very, very sensitive issue in Malaysia.

It is clear that this episode manifests the evils that arise from the practice of corruption. In fact, the democratic system practiced in Malaysia, or the whole world for that matter, by default, nourishes all forms of evil by virtue of the basis on which the system is built – secularism. When the role of Allah is detached from life, men are not afraid to commit evil. In their thoughts, life and all its pleasures should be enjoyed – with whatever means necessary and additionally, many are seen to have escaped punishment in this life of their corrupt practices, especially those who are involved in high governmental positions. However, they forget that grievous punishment awaits them in the Hereafter! This is in line which the hadith of Rasulullah ﷺ as narrated by Abdullah bin Amr (ra): «لَعْنَةُ اللَّهِ عَلَى الرَّاشِي وَالْمُرْتَشِي» “The curse of Allah is upon the one who offers a bribe and the one who takes it.” [Ahmad and Ibn Majah].

Viewing the problem from a different perspective, questions may arise on the need for Malaysia to import frozen meat. It is known that the self-sufficiency level (SSL) of cow meat for consumption in Malaysia is well below 30%. To cover for the 70% that lacks, Malaysia opted for importing frozen meat. However, if one looks at the SSL of pork, Malaysia have reached more than 90% and the country is even exporting pork overseas!! This is clearly an irony for a Muslim majority country! Critics may find it easier to blame the government for not focusing on ensuring a respectable SSL for cow meat, but, there really was an effort by the government to tackle the Malaysian food security issue – the National Feedlot Corporation (NFC). This corporation is a private company owned by Agroscience Industries Sdn Bhd, with participation from the Government of Malaysia. It seemed to be a good plan on paper. However, yet again, the old corruption disease made its way into the effort. In 2010, the Malaysian Auditor-General described the NFC project as “a mess”, revealing that despite the taxpayer’s RM 253.6 million loan, NFC achieved only 41 percent of its target of 8,000 heads of cattle for the year. Misappropriation of the citizens’ funds and corrupt practices are definitely abound in this Muslim majority nation.

Muslims in Malaysia and in other Muslim nations are very sensitive when it comes to the issue of food. At the same time, many Muslims are also weary of the rampant corruption, especially those perpetrated by those in power. However, many Muslims are not very sensitive of the kufr and corrupt system that is being applied in our lives. It is this very system that is the main cause of the corruption we are witnessing today – sadly, in most Muslim nations.