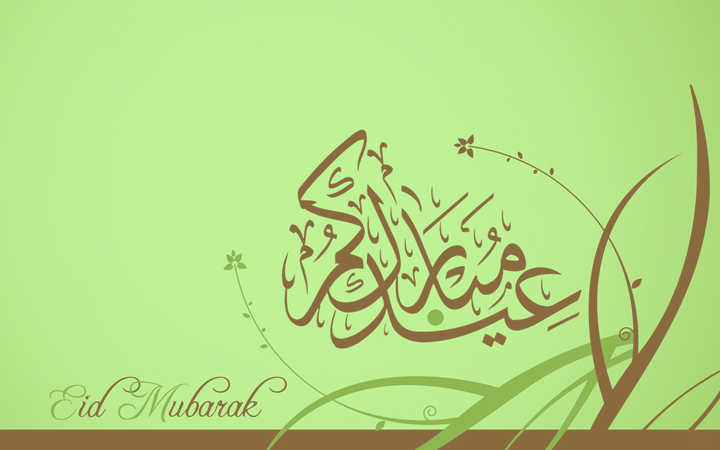 Praise be to Allah (swt) and peace and blessings be upon the Messenger of Allah and upon his family and companions and those who follow him ﷺ, and those who follow his steps and made the Islamic creed the basis of their thoughts and the Shariah rules as a criterion and source for actions, and the Khilafah as a ruling system.

We in Hizb ut Tahrir / Wilayah Jordan are pleased to extend our sincere and warm congratulations to the Ameer of Hizb ut Tahrir, the eminent scholar Ata Bin Khalil Abu Al-Rashtah, to the people in Jordan and the Islamic Ummah as a whole, and to the Da`wah carriers in Jordan and the world; on the occasion of the blessed Eid Al-Adha, asking Allah the Almighty to accept our obedience and good deeds, and to bring back these blessed good days while Muslim countries have united in one state under the banner of “La Ilaha ila Allah, Muhammadun Rasoolullah”, and Allah has blessed it with the grace of the return of the Khilafah (Caliphate) State. May your year be filled with goodness.

As we pray every year, to the One, the Ever-Living, the Sustainer of existence to honor us with the rightly-guided Khilafah (Caliphate), we remind the people of Jordan and Muslims in general of what is clear like the sun in broad daylight; of the situation that our rulers have brought us to of humiliation, misery, repression and arrest of everyone who moves to account them for their complicity with their enemies and their subordination to the Kafir colonial West, headed by America, with projects that dominate the country and the people, and even appeasing the humiliated Jews of any solution to the issue of Palestine; one state, two states, or no state, is all the same as long as they do not give any consideration to you, for they are in a valley other than the valley where you are.

Ruling by other than what Allah has revealed, i.e. the secular rule that the regime practices on you, was the basis of the corruption that has ravaged all the state’s facilities, destroyed the economy, the forbidden riba-based indebtedness reached astronomical numbers, taxes rose, your pockets looted, and unemployment reached its peaks. And you do not find in exchange for that the minimum care and management of your affairs, so you ended up with your great concern being how to manage your daily living, educate your children and the health of your patients, فَمَنِ اتَّبَعَ هُدَايَ فَلا يَضِلُّ وَلا يَشْقَى * وَمَنْ أَعْرَضَ عَن ذِكْرِي فَإِنَّ لَهُ مَعِيشَةً ضَنكاً “Then whoever follows My guidance will neither go astray [in the world] nor suffer [in the Hereafter * And whoever turns away from My remembrance – indeed, he will have a depressed life].” [Ta-Ha: 123-124]

O Our People in Jordan … O the People of Power:

On this blessed Eid, we can only remind you of your duty towards your Deen in which you have salvation and your Lord’s satisfaction with you in this world and the Hereafter. And we remind you that your silence about your state and the dark state of the Ummah does not satisfy your Lord who promised you victory and empowerment, so show from yourselves what acquiesces before Allah Almighty, and work hard and sincerely to support your Deen and apply your Shariah by working to resume the Islamic way of life, may Allah bless us the coming Eid by praying behind a rightly-guided Khaleefah who leads us in Al-Aqsa Mosque, which there is no hope of liberating it except with the armies of Muslims. The Islamic Ummah does not despair of Allah’s mercy, and it realizes that after hardship will be ease, after the distress will be relief, and after the darkness of the night will be the dawn… It is not shaken by traumas, but works and works sincerely to Allah, honest with the Messenger of Allah ﷺ, not harmed by those who deviate from it or go astray, for the Ummah does not accept any alternative to Islam.

“And that day the believers will rejoice; In the victory of Allah. He gives victory to whom He wills, and He is the Exalted in Might, the Merciful.” [Ar-Rum: 4-5].