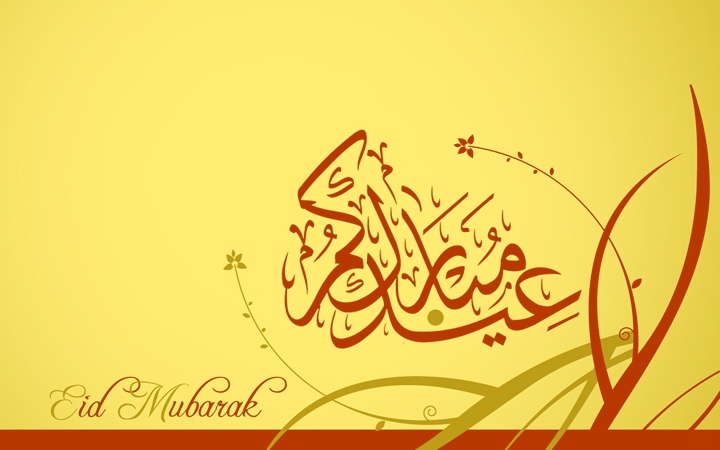 All Praise is to Allah, and prayers and peace upon the Messenger of Allah, and upon his family, companions and those who follow him, and thereafter:

Assalamu Alaikum Wa Rahmatullah Wa Barakatuh, may Allah accept your obedient actions (Ta’aat), and may Allah make your Eid overflowed with good and blessings. May Allah accept the Hajj of the pilgrims, and may Allah make it a Hajj that is accepted, an effort which is received and that sins are forgiven. I also ask Allah (swt) to grant Tawfeeq (success) to those who did not perform the Hajj this year that they perform it in the following year with goodness upon goodness.

The Khilafah, that Hizb ut Tahrir seeks, gives the colonial Kuffar sleepless nights, and terrifies their agents the rulers of the Muslim lands, and disturbs the hypocrites and the spiteful whose hearts are diseased, who chase after the Kuffar for protection from what they claim will befall them.

“So you see those in whose hearts is disease hastening into [association with] them, saying, “We are afraid a misfortune may strike us.” But perhaps Allah will bring conquest or a decision from Him, and they will become, over what they have been concealing within themselves, regretful.” [Al-Ma’ida: 52]

My brothers and sisters, crisis have escalated over the Hizb since its inception. As a result of the action of many people whom Allah has blinded their vision, due to their disbelief, or because of their hypocrisy Allah removed the sensation from their hearts, so they co-operated in sin and aggression thinking that they can stop the return of the Khilafah. They were nations stunned by the word of Truth, and groups and individuals who fear the word of truth, and both groups are surrounded by their evil conspiracy, and Allah the Great is Truthful:

“… but the evil plot does not encompass except its own people” [Fatir: 43].

As for the Kaffir colonial countries spiteful of Islam and the return of its state, hateful of the Khilafah like the crusaders, these countries and their agents have exerted every effort possible to draw malignant methods and manufacture the hideous means of prosecuting the workers for the Khilafah state, arresting them and torturing them to the point of martyrdom in their prisons, justifying this for themselves with the crime of terrorism at times, and the claim of being a conveyor belt for terrorism at other times. Recently they came up with the claim of online terrorism! And that the party fills the pages of its members with views and ideas of terrorism inciting violence, so they are harassing the members of the party in their pages and pursuing them with arrest and torture on the pretext of carrying out online terrorism! And every eye can see that the pages of the members of the party radiate the truth of the word and showing the reality, while the pages of these people are overflowing with fraud, deceit, lies and slander! May Allah destroy them, how are they deluded…

As for those with diseased hearts, the hypocrites and those who spread rumours: Their violations and fabrications did not start today but from before, however their criticism and false claim at first was focused against the leadership and officials while being deceptive by showing confidence in the party’s idea and method… This is how they presented themselves and concealed their real objective, which is to shake the party’s entity and not just the leadership. But in recent years they have started attacking the entity of the party, its idea and method. They have focused their attack on adoption, support (Nusra), leadership of the Ummah, accountability, the monthly session, etc., and thus exposed themselves before others expose them! The objective they were hiding, which is to shake the party’s entity in its idea and method, had become clear for everyone who can see … But the party remained firm, distinguished and good.

“… like a good tree, whose root is firmly fixed and its branches [high] in the sky?It produces its fruit all the time, by permission of its Lord.”[Ibrahim: 24-25] Praise be to Allah the Lord of the Worlds.

Honorable brothers and sisters, the colonial Kaffir countries and their agents will not rest, but they will continue to manufacture malicious methods, one after the other because preventing the success of the party in establishing the Khilafah is a vital issue for them just as establishing the Khilafah is a vital issue for the party and all the believers. Islam’s enemies will not stop their plots against the party and the Khilafah, and will continue. Although they are superior to us in means, yet there are four facts that gives us reassurance and strengthens our resolve and will not be shaken by crisis or weakened by strife by Allah’s permission; but rather they will increase us in strength upon strength, and the evil plotting will turn against the plotters and will lead to their destruction.

“And they had planned their plan, but with Allah is [recorded] their plan, even if their plan had been [sufficient] to do away with the mountains” [Ibrahim: 46].

And the Hizb continues to proclaim the truth and does not fear anyone’s blame for the sake of Allah, until it re-establishes the Khilafah by Allah’s permission, in spite of the will of those people.

Here are the four facts:

First Fact: With hardship comes ease, this is in the Book of Allah in more than one verse:

“[They continued] until, when the messengers despaired and were certain that they had been denied, there came to them Our victory, and whoever We willed was saved. And Our punishment cannot be repelled from the people who are criminals” [Yusuf: 110].

This is confirmed by the Seerah of the Prophet (saw) that the victory was near with the increased hardship… In the Seerah of Ibn Hisham:

“Ibn Ishaq said: Khadijah bint Khuwaylid and Abu Talib perished in one year, and the calamities successively followed the Messenger of Allah (saw)… this was three years before the emigration… Ibn Ishaq said: When Allah Azza Wa Jal wanted to make His Deen dominant and strengthen His Prophet (saw) and fulfil His (swt) promise…. He (saw) received a group of Al-Khazraj … He (saw) called them to Allah Azza Wa Jal … they answered him and accepted from him …”

The next season, the first pledge of Aqaba took place, then the second pledge, then the Hijra and the establishment of the state…thus when the working believers face hardship it is a forerunner of ease and victory by the permission of Allah Al Qawi, Al-Aziz, Al-Hakim.

“Allah has promised those who have believed among you and done righteous deeds that He will surely grant them succession [to authority] upon the earth just as He granted it to those before them” [An-Nur: 55].

The Prophet (saw) has given the glad-tiding of the Khilafah after the oppressive rule which we are living under: Extracted by Ahmad and Abu Dawoud on the authority of Hudhayfa that the Prophet (saw) said:

…“…then there will be oppressive rule (ملكًا جبرية) for as long as Allah wills, then he will remove it when He wills, and then there will be Khilafah upon the method of the Prophethood.’ Then he ﷺ was silent.”

Third Fact: The promise of Allah for succession and the glad-tiding of the Prophet (saw) of the return of the Khilafah is written in the Qadar of Allah, in His (swt) Knowledge in the Protected Decree (Al-Lawh al-Mahfoudh). Its appointed time is written by Allah Al-Aziz Al-Hakim and will not be delayed. And each day passes brings us closer to that decreed time, it does not distance us from it, and so our souls yearn and cling to this with hope.

Fourth Fact: Allah (swt) will not send down angels to establish the Khilafah for us, but it is Allah’s way (sunnah) to honour those from the people of the earth who are deserving to establish it by their own hands, with hard and serious work and being diligent and carrying out the work with commitment. Hizb ut Tahrir who is working for the Khilafah is by Allah’s permission deserving of it and worthy of it. We ask Allah (swt) to honour us with the victory and opening (fatH) and that we become the soldiers of the Khilafah and witness it, and our Takbirs of Eid join the Takbirs of the conquering soldiers in the battles of the clear victory