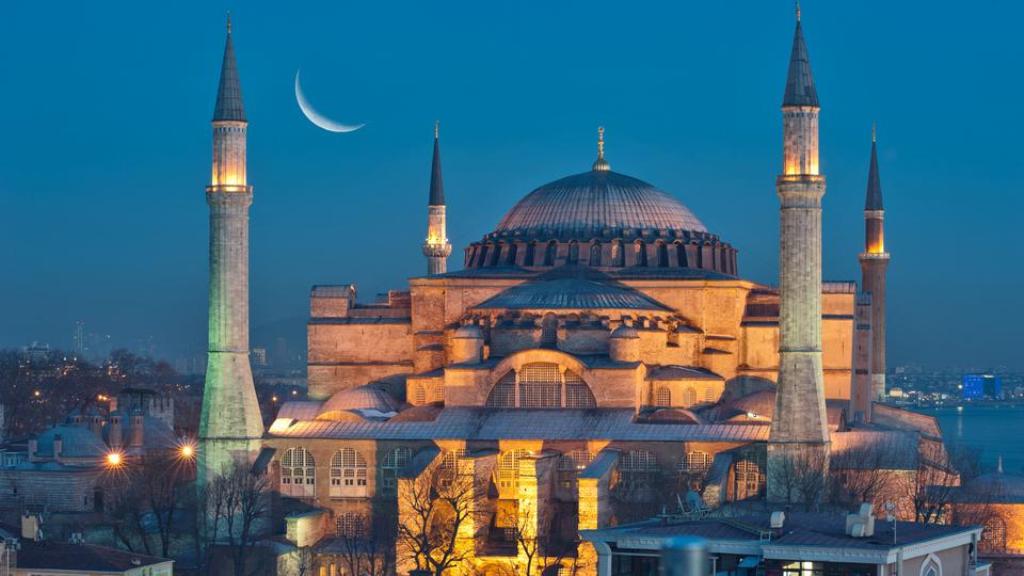 Today we conclude the global media campaign launched by the central media office of Hizb ut Tahrir by the directive of the Ameer of Hizb ut Tahrir, Eminent Scholar, Ata Bin Khalil Abu Al-Rashtah, may Allah protect him, the occasion of the Hijri Anniversary of the Conquest of Constantinople under the title: “Conquest of Constantinople Glad Tiding was Achieved…to be Followed by Glad Tidings”. This campaign was carried out in cooperation with the Shabab of the Hizb party and supporters of the call for establishing the second Khilafah Rashidah (righteous Caliphate) on the method of the Prophethood around the world.

– Reminding people of this event and how the Islamic Ummah can outperform other nations if it well applies Islam.

– The call of Hizb ut Tahrir to restore the Khilafah again is continuing in the Ummah, reviving its determination inspite the infuriation and deceit of the  countries of kufr and those who are sick at heart.

This was followed by a series of activities carried out by the party in 24 countries around the world, which took various forms from conferences, mass pickets, video messages, seminars and lectures, talks in mosques, dialogue stands in markets and public places, live interviews, articles and statements, and a number of media outlets covered these events. These events were held in front of many Islamic monuments related to the campaign such as the walls of Constantinople in Istanbul, the tomb of the great companion Abu Ayyub al-Ansari, may Allah be pleased with him, and the courtyards of the blessed Al-Aqsa Mosque, and from the city of Sfax, one of the Ottoman Caliphate cities in Tunisia.

From the talks, there were glimpses to the lessons that could be drawn from this great anniversary, such as after the glad tiding of the conquest of Constantinople there will be the glad tiding of the conquest of Rome and the liberation of Jerusalem; and these two glad tidings will not be until after the fulfillment of the glad tiding of the return of Khilafah Rashidah (rightly guided Caliphate) on the method of the Prophethood. And that the leader Muhammad al-Fatih focused all his attention on the critical issue, namely, the conquest of Constantinople. For his mind was never occupied with an issue except for the issue of the conquest and he did not speak except about it, neither did he authorize any of his companions to speak except about it, unlike who he claims the legacy of the Ottomans then threw his soldiers into NATO and sacrificed them in Libya for the sake of America’s eyes! For victory will not be brought to this Deen nor cities will be opened by treacherous and incompetent rulers who seeked the help of the disbelievers and shook hands with the criminals and thugs of the Russians, the English and the Americans, and betrayed Allah and His Messenger, and betrayed their Amanah (trusts).

And from the courtyards of Al-Aqsa Mosque, Hizb ut Tahrir in the Blessed Land – Palestine amid thousands who gathered sent a call to the armies of the Muslims to make the move and establish the Khilafah and liberate Jerusalem. The conference held by Hizb ut Tahrir / Wilayah of Sudan on this occasion called on people of power and strength in Sudan to give victory to Hizb ut Tahrir so save them and the Ummah  from subordination to the colonial Kafir.

With its leadership, its Shabab, and its supporters, Hizb ut Tahrir made a great effort to revive this great anniversary, to remind the Ummah and its people of power and strength that the return of the Khilafah will restore a glory that equals the glory of Muhammad al-Fatih and his army.

Likewise, we in the Central Media Office of Hizb ut Tahrir send a special appeal to every Muslim who is protective of Islam working in the media to participate in spreading this effort that has been exerted to please Allah Almighty, and in turn contribute to the call for the return of the glory of Muslims, the call to restore the Khilafah Rashidah on the method of the Prophethood.